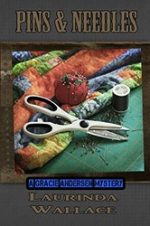 Gracie Andersen is up to her eyebrows in wedding details when her mother, Theresa Clark concocts an intervention for a friend who’s become a hoarder. Just as Gracie’s plans for a casual outdoor wedding turn into a literal pipe dream, Theresa stumbles into a mystery surrounding a stolen heirloom quilt. A death in the hoarder’s garage only complicates matters, and Theresa convinces Gracie to help her find answers to the surreptitious activities on Oak Street. If that wasn’t enough, Isabelle is scheming to commandeer the wedding, and Marc is having second thoughts about his career path. Everyone is on, you guessed it—Pins & Needles. 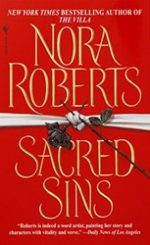 In the unbearable heat of another sultry Washington, D.C., summer, a serial killer is on the loose. Dr. Tess Court, one of the capital’s most successful psychiatrists, wants nothing to do with the case – until the police convince her to lend a hand to the lead investigator, legendary ladies’ man Detective Ben Paris.

Scarred by his family’s history, Ben has even less use for shrinks than Tess has for him but the forces of animal magnetism and a shared desire to catch the demented criminal known as “The Priest” inexorably erode the walls they’ve built. 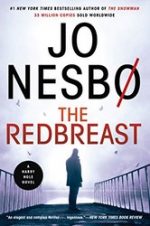 A brilliant and epic novel, breathtaking in its scope and design – winner of The Glass Key for best Nordic crime novel and selected as the best Norwegian crime novel ever written by members of Norway’s book clubs – The Redbreast is a chilling tale of murder and betrayal that ranges from the battlefields of World War Two to the streets of modern-day Oslo. Follow Hole as he races to stop a killer and disarm a ticking time – bomb from his nation’s shadowy past. 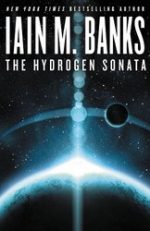 The Scavenger species are circling. It is, truly, provably, the End Days for the Gzilt civilization.

An ancient people, organized on military principles and yet almost perversely peaceful, the Gzilt helped set up the Culture ten thousand years earlier and were very nearly one of its founding societies, deciding not to join only at the last moment. Now they’ve made the collective decision to follow the well-trodden path of millions of other civilizations; they are going to Sublime, elevating themselves to a new and almost infinitely more rich and complex existence.

Check out:
(A Culture Series)

Catching the Wolf of Wall Street
by Jordan Belfort
Rating: 4.2

In this astounding account, Wall Street’s notorious bad boy – the original million-dollar-a-week stock chopper—leads us through a drama worthy of The Sopranos, from the FBI raid on his estate to the deal he cut to rat out his oldest friends and colleagues to the conscience he eventually found. With his kingdom in ruin, not to mention his marriage, the Wolf faced his greatest challenge yet: how to navigate a gauntlet of judges and lawyers, hold on to his kids and his enraged model wife, and possibly salvage his self-respect. It wasn’t going to be easy.

Bristling with suspense, action, and thrilling authenticity, the novels of Brigadier General A.J. Tata have earned the praise and respect of President George W. Bush, Glenn Beck, and the bestselling masters of international intrigue. In Three Minutes to Midnight, he delivers a terrifyingly plausible scenario ripped from the headlines—and the ultimate test for his hero, Jake Mahegan…

Check out:
(A Jake Mahegan Thriller)