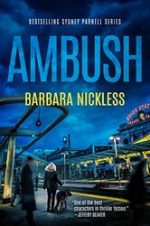 Railway cop and former Marine Sydney Parnell is on the hunt. So is a killer she knows only as the Alpha. They’re in a race to find Malik, an eleven-year-old Iraqi boy with secrets to guard. Sydney wants to help him. The Alpha wants him dead.

From the dark alleys of Mexico City to the mean streets of Denver, Sydney and her K9 partner, Clyde, use their wits and determination to chase down the ruthless killer. But when their path collides with his, Sydney realizes just how far-reaching and sinister the Alpha’s past is. And how far he’s willing to go to save his secrets.

Witch Of The Federation
by Michael Anderle
Rating: 4.7

The future has amazing technology. Our alien allies have magic. Together, we are building a training system to teach the best of humanity to go to the stars. But the training is monumentally expensive. Stephanie Morgana is a genius, she just doesn’t know it.

The Artificial Intelligence which runs the Virtual World is charged with testing Stephanie, a task it has never performed before. The Earth and their allies, may never be the same again.

Will Stephanie pass the test and be moved to the advanced preparatory schools, or will the system miss her? Will the AI be able to judge a human’s potential in an area where it has no existing test data to compare? 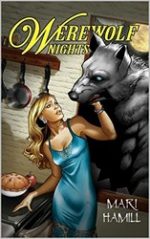 Threatened by financial ruin, widowed bakery owner Catherine Mercy leads a solitary life with more interest in reading about werewolf lore than in finding a man. Her one true love disappeared after high school and her now deceased husband kept her trapped in the house claiming that a werewolf might hunt her down one day, just as her grandmother repeatedly warned her. When Hollywood interrupts the town’s monotony by shooting a werewolf movie on location, Catherine’s best friend Anne pushes her to audition. Already in her thirties, Catherine feels ridiculous trying to become an actress, but lands the leading role.

Catherine’s daily routine turns into a hair-raising adventure as fame begins to surveil her wanderings and she falls for her sexy costar Greg Byron despite this actor’s neon warning sign that flashes conceited womanizer. 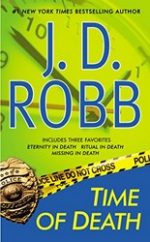 Lieutenant Eve Dallas doing what she does best: solving crime with skill, integrity, and passion – together in one volume for the first time.

ETERNITY IN DEATH A seductive killer is luring in victims with a promise of the impossible-immortality. Eve Dallas must strip away the fantasy to catch the coldhearted madman.

RITUAL IN DEATH Eve is plunged into the violent aftermath of a ritualistic murder-and into the mind of an alleged witness who can’t remember a thing to save his life.

MISSING IN DEATH When a woman disappears from a New York City ferry, it’s a case that only Eve Dallas can solve— because the woman didn’t jump, and yet she’s not on board. 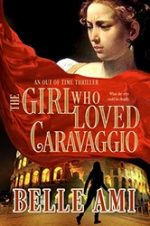 The Girl Who Loved Caravaggio
by Belle Ami
Rating: 4.4

Art historian Angela Renatus knows she’s different. She can see into the past – into the lives of the greatest artists of all time – but are her visions a gift or a curse?

Angela and her fiancé, Alex Caine – a former Navy Seal turned private detective – recover precious works of art for private collectors, museums, and galleries. Enlisted by the Uffizi Gallery in Florence Angela and Alex investigate what is considered one of the greatest art heists in history – the theft of Caravaggio’s “Nativity”. But the deeper they delve into Caravaggio’s life, the more Angela realizes that her visions about the tortured artist go far beyond the missing masterpiece.

Check out:
(Out of Time Thriller) 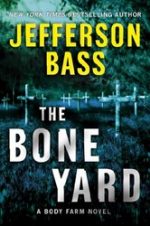 The sixth electrifying forensic mystery by author Jefferson Bass (“a fresh voice in the crime novel arena” -Seattle Post-Intelligencer), The Bone Yard is the most gripping installment yet in the New York Times bestselling Body Farm series. Called away from Tennessee’s renowned Body Farm (the real life human decomposition laboratory around which these remarkable thrillers are based), Dr. Bill Brockton discovers the dark side of the Sunshine state when he’s called in to investigate human remains found on the grounds of a Florida boys’ reform school.