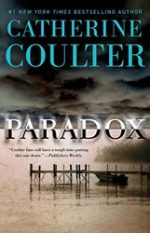 With unparalleled suspense and her trademark explosive twists, #1 New York Times bestselling author Catherine Coulter delves into the terrifying mind of an escaped mental patient obsessed with revenge in this next installment of her riveting FBI series. When he fails to kidnap five-year-old Sean Savich, agents Sherlock and Savich know they’re in his crosshairs and must find him before he continues with his ‘kill’ list.

Chief Ty Christie of Willicott, Maryland, witnesses a murder at dawn from the deck of her cottage on Lake Massey. When dragging the lake, not only do the divers find the murder victim, they also discover dozens of bones.

Check out:
(An FBI Mysteries) 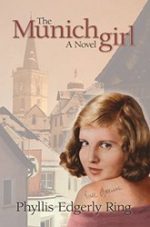 Anna Dahlberg grew up eating dinner under her father’s war-trophy portrait of Eva Braun. Fifty years after the war, she discovers what he never did – that her mother and Hitler’s mistress were friends.

Eva’s story reveals that she never joined the Nazi party, had Jewish friends, and was credited at the Nuremberg Trials with saving 35,000 Allied lives. As Anna’s journey leads back through the treacherous years in wartime Germany, it uncovers long-buried secrets and unknown reaches of her heart to reveal the enduring power of love in the legacies that always outlast war. 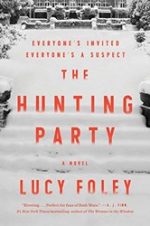 During the languid days of the Christmas break, a group of thirtysomething friends from Oxford meet to welcome in the New Year together, a tradition they began as students ten years ago. For this vacation, they’ve chosen an idyllic and isolated estate in the Scottish Highlands – the perfect place to get away and unwind by themselves. 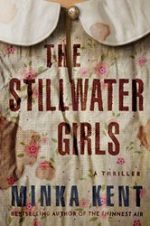 Two sisters raised in fear are about to find out why in a chilling novel of psychological suspense from the author of The Thinnest Air.

Ignorant of civilization and cautioned against its evils, nineteen-year-old Wren and her two sisters, Sage and Evie, were raised in off-the-grid isolation in a primitive cabin in upstate New York. When the youngest grows gravely ill, their mother leaves with the child to get help from a nearby town. And they never return.

As months pass, hope vanishes. Supplies are low. Livestock are dying. A brutal winter is bearing down. Then comes the stranger. He claims to be looking for the girls’ mother, and he’s not leaving without them. 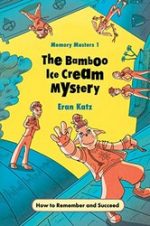 Some people in the world only get to eat black and white ice cream. Yogoor the Schmendrik decides to change this injustice by competing in the world ice cream memory championship. The winner gains the right to control the world’s ice cream fields and ice nut mines. This is the only way Yogoor and his friends will ever be able to enjoy unlimited flavors of ice cream.

There’s just one problem. The only one who can help him achieve his goal is an old memory master who holds the secrets to amazing memory techniques… and no one has seen him for the past 20 years. Yogoor and his friend Ella set out on an adventurous, suspense-filled, humorous and inspiring journey in search of the missing master. 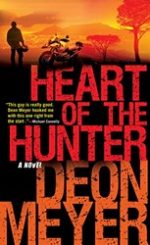 Six-foot five-inch Thobela “Tiny” Mpayipheli was once a feared freedom fighter, trained by the Stasi and KGB. Now, he’s a family man working in a garage in post-apartheid South Africa. But when the daughter of one of Tiny’s former associates comes to him with a desperate plea, he finds himself returning to his violent former life.

With his old friend Johnny being held hostage, Tiny agrees to do whatever it takes to get him back safely. But as he races to the rendezvous point on a stolen BMW motorcycle, Tiny is trailed by several hostile forces, including South Africa’s Presidential Intelligence Unit. And when his old training kicks in, his pursuers will learn what kind of man they’re up against… 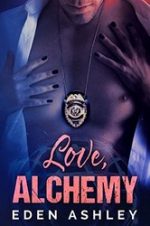 Daveigh Little is preparing for college, planning to leave behind the tiny hick town she’s spent her entire life in once and for all. But plagued by troubles at home and school, Daveigh makes a series of bad choices that land her in hot water with a local kingpin. Suddenly, people around her are dying and Daveigh finds herself on the run.

And then there’s Ethan. Fresh out of the academy, Ethan Remington represents the authority Daveigh has come to despise, but she is inexplicably drawn to the handsome rookie of few words. From the first moment she laid eyes on him, Daveigh knew Ethan was different. She just didn’t realize how different. 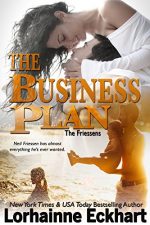 From the New York Times & USA Today Bestselling Author of The Forgotten Child comes the next book in The Friessens, a big family romance series that will rock your world.

Neil Friessen has almost everything he’s ever wanted: His wife, the woman he’s always loved…
His children, whom he never believed he would have… And an empty bank account. Until one day, that is, when he comes up with the business plan.