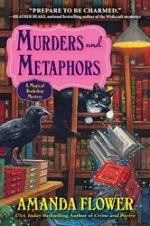 January means ice wine season in the Niagara Falls region, but the festivities leave Charming Books owner Violet Waverly cold, still reeling from a past heartbreak. A past heartbreak who will be present at the annual midnight grape-harvest festival, and no magic in the world or incantation powerful enough could get Violet to attend. But Grandma Daisy, an omniscient force all on her own, informs Violet that she’s already arranged for the mystical Charming Books to host celebrity sommelier Belinda Perkins’s book signing at the party. Little do either Waverly women know, the ice wine festival will turn colder still when Violet finds Belinda in the middle of the frozen vineyard—with a grape harvest knife protruding from her chest.

Check out:
(A Magical Bookshop Mysteries) 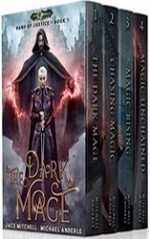 She swore to protect her kingdom… And he swore to destroy it. Riley is lithe and fast, her tongue every bit as sharp as her sword. She’s a new-age knight pledged to keep her King and countrymen safe. Riley’s hearing rumors about a dark mage in the north. He’s amassing a ruthless army and practicing twisted magic. His evil past intertwines with Riley’s kingdom…and he’s coming to claim it.

With the kingdom at stake, Riley embarks on a collision course with this mage… and with her own mortality. Will Riley’s fighting prowess prove enough to vanquish the dark mage and his legion, or is her fate already sealed in his twisted magic? This Boxed Set included the first four books in the Hand Of Justice Series: The Dark Mage, Chasing Magic, Magic Rising, Magic Unchained. 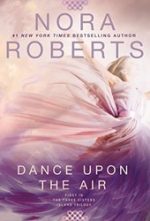 Dance Upon the Air
by Nora Roberts
Rating: 4.6

When Nell Channing arrives on charming Three Sisters Island, she believes that she’s finally found refuge from her abusive husband – and from the terrifying life she fled so desperately eight months ago…

Careful to conceal her true identity, she takes a job as a cook at the local bookstore café – and begins to explore her feelings for the island sheriff, Zack Todd. But there is a part of herself she can never reveal to him. One careless word, one misplaced confidence, and the new life she’s so carefully created could shatter completely. 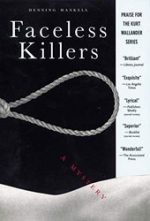 Early one morning, a small-town farmer discovers that his neighbors have been victims of a brutal attack during the night: An old man has been bludgeoned to death, and his tortured wife lies dying before the farmer’s eyes. The only clue is the single word she utters before she dies: “foreign.”

In charge of the investigation is Inspector Kurt Wallander, a local detective whose personal life is in a shambles. His family is falling apart, he’s gaining weight, and he drinks too much and sleeps too little. Tenacious and levelheaded in his sleuthing, he and his colleagues must contend with a wave of violent xenophobia as they search for the killers. 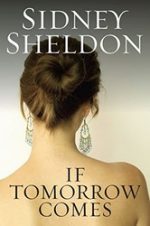 Lovely, idealistic Tracy Whitney is framed into a fifteen year sentence in an escape-proof penitentiary. With dazzling ingenuity she fights back to destroy the untouchable crime lords who put her there. With her intelligence and beauty as her only weapons, Tracy embarks on a series of extraordinary escapades that sweep her across the globe. In an explosive confrontation Tracy meets her equal in irresistible Jeff Stevens, whose past is as colorful as Tracy’s. 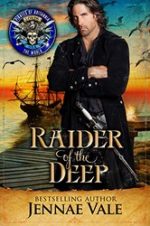 Raider of the Deep
by Jennae Vale
Rating: 4.6

A beloved father’s murder, stolen treasure, and a handsome pirate that may be the man who destroyed her family…

Lizzette Wickham finds herself at the mercy of the notorious Spanish pirate, Pargo. Forced to believe his story that another pirate, Rourke Mackall, killed her father and stole Pargo’s treasure, Lizzie must make a decision – save herself or to do Pargo’s bidding and find his treasure in order to save her younger brother. If she chooses the latter, she must survive everything that makes her island home dangerous…

Check out:
(Pirates of Britannia) 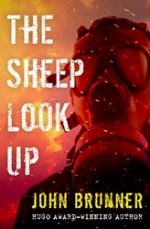 The Sheep Look Up
by John Brunner
Rating: 4.1

In a near future, the air pollution is so bad that everyone wears gas masks. The infant mortality rate is soaring, and birth defects, new diseases, and physical ailments of all kinds abound. The water is undrinkable—unless you’re poor and have no choice. Large corporations fighting over profits from gas masks, drinking water, and clean food tower over an ineffectual, corrupt government.

Environmentalist Austin Train is on the run. The “trainites,” a group of violent environmental activists, want him to lead their movement; the government wants him dead; and the media demands amusement. But Train just wants to survive. 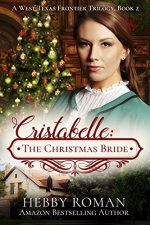 Cristabelle Shannon is struggling to support her ailing mother as a laundress at Fort Clark. Pious and serious, Crissy safeguards a family secret. If her secret gets out, she could lose her position, the only decent job she can find. Crissy dreams of a day when she can put her shameful secret behind–a place where no man can trouble her.

Sergeant David Donovan is a fun-loving prankster, who has made the United States cavalry his home. He joined the Army for adventure and to guard the frontier. His outlandish jokes have cost him his stripes, several times, only to be won back by his bravery. Davie is an Army lifer, committed to his free-wheeling ways and with no thought of settling down…