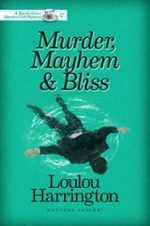 Nothing much happens in Myrtle Grove, Oklahoma. So when prominent businessman Harry Kerr is discovered face down in his pool shortly after dawn, the breakfast crowd in Jesse Camden’s tearoom is buzzing. Recognizing the name, Jesse hurries to her friend Vivian Windsor, Myrtle Grove’s resident oil heiress. Vivian is the great-aunt to Bliss Kerr, widow of the deceased and soon-to-be prime suspect in his suspicious death.

Hearing secrets no one should know, and discovering betrayals no one could live with, until Jesse finds her way through the maze of deceit to uncover the real killer. 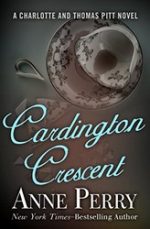 When Charlotte Pitt’s sister is charged with murder, she and her husband Thomas must work fast to clear her – and find the real killer.

As Inspector Thomas Pitt works to resolve the case of a dismembered woman, his womanizing brother-in-law, George March, Lord Ashworth, is poisoned with his morning coffee at the country estate of his cousins. The primary suspect? Charlotte’s sister, Emily, the murdered man’s wife and Pitt’s sister-in-law… 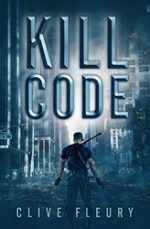 WHEN THE OCEANS RISE…THE TRUTH DROWNS.  In a world gone wrong, can one man actually make a difference, or will he die trying?

It’s the year 2031. Our future. Their present. A world decimated by climate catastrophe, where the sun’s heat is deadly and the ocean rises higher every day. A world ruled by the rich, powerful, and corrupt. A world where a good man can’t survive for long.

Hogan Duran was a good man once. He was a cop, forced to resign in disgrace when he couldn’t save his partner from a bullet. Now Hogan lives on the fraying edges of society, serving cruel masters and scavenging trash dumps just to survive. 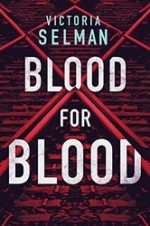 Rush hour, London. A packed commuter train is torn apart in a collision. Picking through the carnage, ex-special forces profiler Ziba MacKenzie helps a dying woman who passes on a cryptic message: He did it. You have to tell someone.

When a corpse is found bearing the gruesome signature of a serial killer dormant for twenty-five years, Ziba is pulled into the hunt for the perpetrator. As the body count rises it becomes clear he’s on a new spree. But what’s brought the London Lacerator back after such a long hiatus? And does his sudden return have anything to do with the woman on the train? 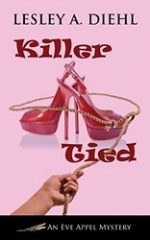 Eve Appel Egret is adjusting to married life with Sammy and their three adopted sons in Sabal Bay, Florida. While still running her consignment stores, she is going pro with her sleuthing by becoming an apprentice to a private detective.

Until her marriage, Eve’s only “family” was her grandmother Grandy, who raised her after her parents died in a boating accident. Now, in addition to her husband and sons, she has a father-in-law who clearly dislikes her. Sammy’s father, a full-blooded Miccosukee Indian long presumed dead, has emerged from the swamps where he’s been living like a hermit, and he isn’t happy about Eve’s marriage to his half-Miccosukee, half-white son. 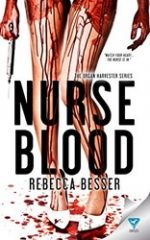 Sonya, better known as Nurse Blood, is part of a team of lethal organ harvesters who seek out the weak to seduce, kill, and part out for profit on the black market. When Sonya meets Daniel McCoy, a young man recovering from a broken engagement, he’s just another kill to line her pockets with quick cash. Agent David McCoy vows to find out how and why his twin brother Daniel disappeared… 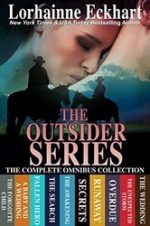 “Loved this book series! I just couldn’t get enough of the characters, and ended up reading the whole set in a day.” Reviewer – Jen

In THE OUTSIDER SERIES: THE COMPLETE OMNIBUS COLLECTION, included are all the books and short stories of the hot and sexy Friessen men and the strong and vulnerable women they love.