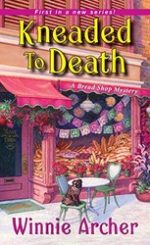 Everyone swears by Yeast of Eden, the Mexican bread shop in town. But tonight, the only thing on the menu is la muerte . . .

Struggling photographer Ivy Culpepper has lots of soul-searching to do since returning to seaside Santa Sofia, California. That is, until the thirty-six-year-old enters a bread making class at Yeast of Eden. Whether it’s the aroma of fresh conchas in the oven, or her instant connection with owner Olaya Solis, Ivy just knows the missing ingredients in her life are hidden among the secrets of Olaya’s bakery . . . 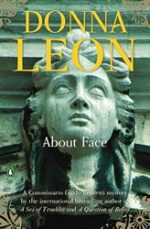 About Face
by Donna Leon
Rating: 4.0

Incinerators across the south of Italy are at full capacity, burning who-knows-what and releasing unacceptable levels of dangerous air pollutants, while in Naples, enormous trash piles grow in the streets. In Venice, with the polluted waters of the canals and a major chemical complex across the lagoon, the issue is never far from the fore.

Then, after an investigator from the Carabiniere, looking into the illegal hauling of garbage, asks for a favor, Guido Brunetti finds himself in the middle of an investigation into murder and corruption even dirtier than the air and water . . . 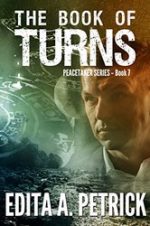 The Book of Turns
by Edita A. Petrick
Rating: 4.0

Cold cases start to warm up as an ancient artifact comes out to wreck the global balance. Two cold cases. A series of phenomenal events. A race against time.

After two years, there has been a long-running account of strange events on the news headlines: rivers altering their courses, campsites shifting locations – to phantom inheritances and severed limbs reattached to war veteran’s bodies. Carter and Stella’s long earned holiday is cut short with the appearance of a mutual friend and F.B.I Special Agent Saunders.

Over the span of two years (and counting) there have been reports hitting the media of increasingly strange events: from rivers altering their natural course to phantom inheritances – and a war veteran who’d lost a limb one day waking up to find their limb regrown. Is this a cosmic joke?

Check out:
(The Peacetaker Mysteries) 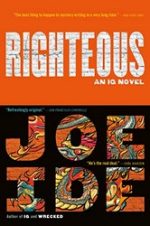 For ten years, something has gnawed at Isaiah Quintabe’s gut and kept him up nights, boiling with anger and thoughts of revenge. Ten years ago, when Isaiah was just a boy, his brother was killed by an unknown assailant. The search for the killer sent Isaiah plunging into despair and nearly destroyed his life. Even with a flourishing career, a new dog, and near-iconic status as a PI in his hometown, East Long Beach, he has to begin the hunt again-or lose his mind.

Check out:
(An IQ Mysteries) 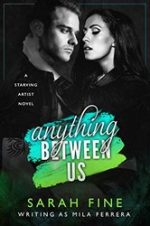 Anything Between Us
by Mila Ferrera, Sarah Fine
Rating: 5.0

What if falling in love is the biggest risk of all?

Sasha decided a long time ago that she would only allow herself a single night each year to go out and be wild. The rest of her time is spent at her pottery wheel or taking care of her father, who has early-onset Alzheimer’s. She has plenty of reasons to avoid anything more than this: one guy, one night, and no names exchanged. But this year, the long and lean stranger she chooses turns out to be more than she bargained for. He makes her feel alive–when it doesn’t seem safe to feel that way at all.

Discharged from the army after a traumatic deployment, Nate returns to his hometown riddled with guilt and unable to envision a future. 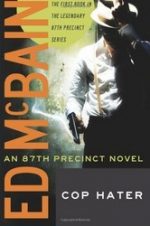 As a cop with the city’s famed 87th Precinct, Steve Carella has seen it all. Or so he thinks. Because nothing can prepare him for the sight that greets him on a sweltering July night: fellow detective Mike Reardon’s dead body splayed across the sidewalk, his face blown away by a .45.

Days later, Reardon’s partner is found dead, a .45-caliber bullet buried deep in his chest. Only a fool would call it a coincidence, and Carella’s no fool. He chalks the whole ugly mess up to a grudge killing…until a third murder shoots that theory to hell.