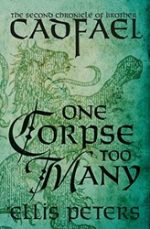 One Corpse Too Many
by Ellis Peters
Rating: 4.6

Brother Cadfael discovers a murder amid the wreckage of Shrewsbury Castle in this mystery series featuring “a colorful and authentic medieval background” (Publishers Weekly).

In the summer of 1138, war between King Stephen and the Empress Maud takes Brother Cadfael from the quiet world of his garden into a battlefield of passions, deceptions, and death. Not far from the safety of the abbey walls, Shrewsbury Castle falls, leaving its ninety-four defenders loyal to the empress to hang as traitors… 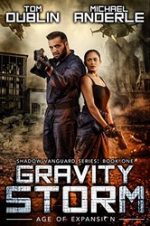 Don’t dump the cargo – I paid for it fair and square with money I stole!  And so begins the saga of Jack Marber, former Special Assault Marine and his alien band of traders as they cross the galaxy doing the only job that doesn’t leave them homeless.

Nathan has a mission and is willing to pay handsomely for Jack’s time. If only Jack will represent the Federation that kicked him out of the service for what was Jack’s fault. He’s not sure they should trust him, although he likes it. His two-legged Yollin partner is trying to learn the English side of the Galactic Common language, but that doesn’t always work out so well.

Check out:
(A Kurtherian Gambit Series) 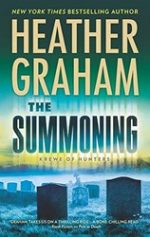 The Summoning
by Heather Graham
Rating: 4.5

A CALL FROM BEYOND… When Kristi Stewart inherits a property in the old part of Savannah, she knows it comes with stories of hauntings. But she doesn’t believe in ghosts, even while she runs seances for the guests of McLane House Bed-and-Breakfast. Until the inexplicable midnight appearance of one of her infamous ancestors. Terrified, she flees into the night—and right into the arms of Dallas Wicker.

Dallas is trying to uncover the truth about a colleague who died under suspicious circumstances. As strange happenings continue to plague Kristi’s home, it is soon clear that there’s a very living threat in the neighborhood – several people have disappeared without a trace. 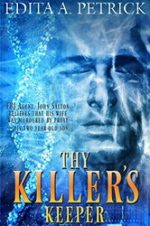 Thy Killer’s Keeper
by Edita A. Petrick
Rating: 4.2

…what remains, no matter how improbable must be the truth

A horrific murder has taken place in upstate California. Emily Waters, a local teacher, has been bound in duct tape–leaving only her eyes exposed–and crushed to death under the wheels of a semi-trailer heading down the Eureka freeway. The local police can’t even guess at a suspect in a murder as brutal and bizarre as this… 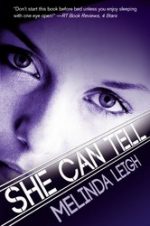 She Can Tell
by Melinda Leigh
Rating: 4.4

When a terrible accident abruptly ends her riding career, Rachel Parker returns to Pennsylvania to rebuild her family’s horse farm. But her welcome home is anything but warm. Her sister’s abusive husband and a violent vandal threaten Rachel’s new business and her life. Someone is systematically trying to destroy her. Someone who knows private things about her. Someone who’s been watching her. Now Rachel must face the fact that the sins of her carefully hidden past have returned to haunt her…

Check out:
(She Can Series) 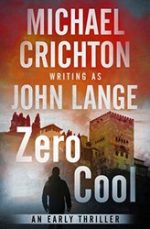 Peter Ross just wanted a vacation. After years toiling in the radiology department of a large American hospital, he dreams of lying on a Spanish beach with a beautiful girl. The beach proves just as lovely as he hoped. But the girl turns out to be trouble.

Angela Locke is on the run from a pair of gangs waging war over a missing artifact, and she sucks Ross straight into the crossfire. From sunny Spain to rain-swept Paris, Ross’s trip will take him into Europe’s darkest corners. An ordinary man on the run for his life, he must uncover a centuries-old secret, or risk becoming its next victim. 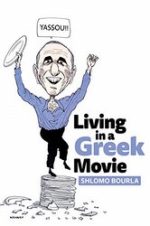 Living in a Greek Movie
by Shlomo Bourla
Rating: 4.6

You can be happy, even when it’s hard to see the light. Do you ever feel that life just isn’t going your way? And that the daily grind takes you down to the abyss? Even if it does, it’s possible for you to change your life.

You can get up in the morning with a positive attitude. You can see the light when all seems dark, and especially, you can focus on the good things in your life.

Shlomo Bourla has been through just about everything – divorce, failure, depression, heartbreak and bankruptcy, but he overcame them all to stand on his own two feet. It was precisely those experiences, that are described in this book that made him who he is, and it is thanks to them that he has been able to grow and completely change his fate.