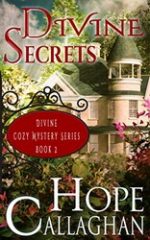 Hoping to build trust with the Divine locals, Joanna Pepperdine and the Second Chance residents host an open house to get to know the townsfolk better. The event is a huge success…that is until a guest finds a wallet belonging to a man who is now missing.

Soon after, the missing man’s body is found near the farm, which leads the authorities to Jo’s place. They uncover more clues, all pointing toward someone who lives at the farm. On a mission to clear their names, Jo discovers someone in the charming small town of Divine may be willing to kill to keep their secrets. 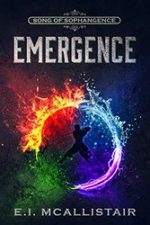 In a world where the strength of a person’s elemental attunement often equates to status and fame, Anaar Vorpahl has done everything he possibly can to hide his strength.

Inherently private and secretive, he has now enrolled in the most elite institution of higher learning in the world, Sophangence. A combat focused college for the cultivation of American citizens with amazing potential, Sophangence offers its students an experience with luxuries most have never been able to dream of…. Anaar is thrown headfirst into the next six years of his life at Sophangence, where he will meet other exceptional youth like himself, and learn what it means to be a student at the most premier academy in the world. 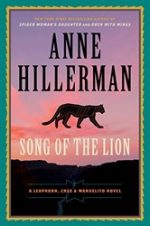 Song of the Lion
by Anne Hillerman
Rating: 4.5

A deadly bombing takes Navajo Tribal cops Bernadette Manuelito, Jim Chee, and their mentor, the legendary Lieutenant Joe Leaphorn, back into the past to find a vengeful killer in this riveting Southwestern mystery from the bestselling author of Spider Woman’s Daughter and Rock with Wings.

When a car bomb kills a young man in the Shiprock High School parking lot, Officer Bernadette Manuelito discovers that the intended victim was a mediator for a multi-million-dollar development planned at the Grand Canyon.

Check out:
(A Leaphorn and Chee Mysteries) 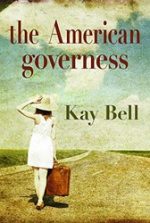 The American Governess is another intriguing tale of family connections, mysteries, heritage and culture, from the author of Ella’s Secret Family Recipes and The Lornesleigh Legacy.

Young American backpacker, Chase Miller, arrives in Far North Queensland seeking work and adventure. Glen Eira cattle station takes him on as a station hand despite his lack of experience. But he is less interested in spending time with the ringers than talking with the station’s cook, Nellie. He is particularly intrigued by the reclusive “Boss Lady”, Miss Becky, who is also American… 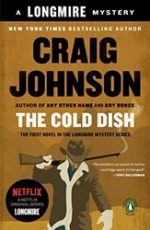 Fans of Ace Atkins, Nevada Barr and Robert B. Parker will love this outstanding first novel, in which New York Times bestselling author Craig Johnson introduces Sheriff Walt Longmire of Wyoming’s Absaroka County. Johnson draws on his deep attachment to the American West to produce a literary mystery of stunning authenticity, and full of memorable characters. After twenty-five years as sheriff of Absaroka County, Walt Longmire’s hopes of finishing out his tenure in peace are dashed when Cody Pritchard is found dead near the Northern Cheyenne Reservation. 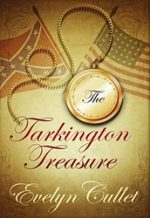 Jane and her new fiancé have sold everything to move to the large estate she’d just inherited near the small town in Illinois, where she grew up. She’s always loved the house, but the cost of living in, and fixing up, a deteriorating old mansion is more than both their incomes combined. If she can’t come up with the money for the next property tax payment, she’ll be forced to give it up.

Charlotte is intent on winning back her ex, but her efforts are stymied when he’s suspected of murder. The two couples soon discover the rambling old house holds more than one secret when they join forces to find the real killer–and the elusive, Tarkington treasure… 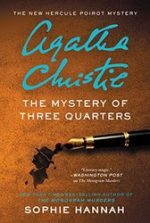 The Mystery of Three Quarters
by Sophie Hannah
Rating: 3.7

Hercule Poirot returns home after an agreeable luncheon to find an angry woman waiting to berate him outside his front door. Her name is Sylvia Rule, and she demands to know why Poirot has accused her of the murder of Barnabas Pandy, a man she has neither heard of nor ever met. She is furious to be so accused, and deeply shocked. Poirot is equally shocked, because he too has never heard of any Barnabas Pandy, and he certainly did not send the letter in question. He cannot convince Sylvia Rule of his innocence, however, and she marches away in a rage. 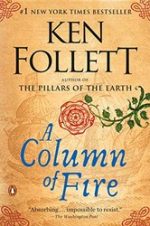 A Column of Fire
by Ken Follett
Rating: 4.5

Ned Willard wants nothing more than to marry Margery Fitzgerald. But when the lovers find themselves on opposing sides of the religious conflict dividing the country, Ned goes to work for Princess Elizabeth. When she becomes queen, all Europe turns against England. The shrewd, determined young monarch sets up the country’s first secret service to give her early warning of assassination plots, rebellions, and invasion plans. 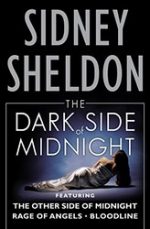 The Dark Side of Midnight
by Sidney Sheldon
Rating: 4.4

The Other Side of Midnight, Rage of Angels, and Bloodline – are featured in this celebratory collection.

The Other Side of Midnight is Sidney Sheldon at his best. This page-turner is full of tortured romantic entanglements, reverses of fortune, thrilling suspense, and ultimate justice.

Rage of Angels features the memorable, mesmerizing heroine Jennifer Parker, a razor-sharp but beautiful attorney on her way up the New York political ladder until the Mafia’s schemes win her the hatred of an implacable enemy—and a love more destructive than hate.

Bloodline is one of the best of Sheldon’s blockbuster thrillers. Roffe and Sons is a family firm, an international empire filled with desperate, cash-hungry family members.