The Case Is Closed
by Patricia Wentworth
Rating: 4.2

In this classic British mystery, a revised will, a troubled upper-class marriage, and a crazed witness shake up a seemingly solved murder case.

Marion Grey is growing used to the idea that her husband will never leave prison. After the horrors of a very public trial she’s almost able to find relief in her resignation. But when new evidence suggests her husband may be innocent after all, she hires a professional—Miss Maud Silver—to clear his name… 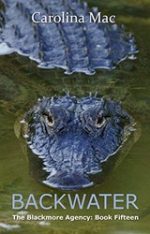 “This is an Exciting read. Fast paced and Filled with Supense. All my Fav characters are well Writen in and As all the others the book doesnot disappoint. Thanks for continuing the Sereis!!” by Amazon Customer

When things get too hot politically in Austin for the Blackmore Agency, Blaine is forced to take his family on vacation. Fishing in the backwaters of the Gulf turns out to be a dangerous way to relax.

Check out:
(The Blackmore Agency Mysteries) 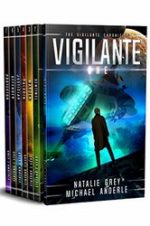 One man leaves the life of a lawman behind him and works to clean up a new area in space.

Grab this 7 book boxed set today learn what happens when a genetically engineered vampire leaves behind everything he’s ever known and sets out to clean up a new area in space.

Barnabas may not be Ranger One anymore, but one thing definitely has not changed: when someone screws over the powerless, Barnabas is going to bring the pain. With a bloodthirsty AI running his advanced spaceship, those who love evil should start looking over their shoulders. Life just got a lot more fun. 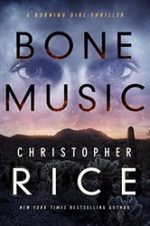 Charlotte Rowe spent the first seven years of her life in the hands of the only parents she knew—a pair of serial killers who murdered her mother and tried to shape Charlotte in their own twisted image. If only the nightmare had ended when she was rescued. Instead, her real father exploited her tabloid-ready story for fame and profit—until Charlotte finally broke free from her ghoulish past and fled…

Check out:
(The Burning Girl Series) 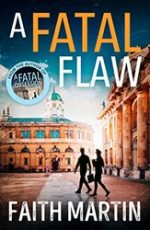 Oxford, 1960. As the city of Oxford prepares itself for the inaugural Miss Oxford Honey Beauty Pageant at The Old Swan Theatre, excitement is in the air.

Then, tragedy strikes the competition when one of the leading contestants is found dead. Initially, the authorities assume her death was suicide. But after a malicious series of pranks and blackmail attempts are reported, WPC Loveday and Coroner Clement Ryder are called upon to solve the case.

Check out:
(Ryder and Loveday Mysteries)

While trying to solve one of Florida’s most profound mysteries, Doc Ford is the target of a murder attempt by someone who wants to make it look like an accident. Or is the target actually his friend Tomlinson? Whatever the answer, the liveaboards and fishing guides at Dinkin’s Bay on Sanibel Island are becoming increasingly nervous – and wary – after a plane crash and other near-death incidents make it apparent that Ford and Tomlinson are dangerous companions.

Check out:
(A Doc Ford Mysteries) 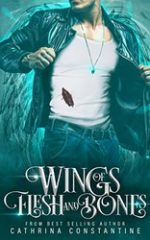 Wings of Flesh and Bones
by Cathrina Constantine
Rating: 4.4

An Angel. A Witch. A Demon. And A Choice.

Creatures from outer realms suck, as any gatekeeper worth their salt will tell you. Welcome to Rogan’s life, an orphaned seventeen-year-old who lives and trains with other misfits under her uncle’s roof, keeping Earth safe from non-human realm jumpers. Rogan’s biggest issue concerns her uncle’s short leash with her freedom—that is of course, until she’s taken by a notorious witch, and her life begins to unravel. Soon, the supernatural beauty discovers there’s a reason her uncle kept such a tight lock on her whereabouts, and that she has more than angel blood running through her veins.