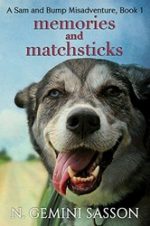 There’s an arsonist on the loose in rural Wilton, Indiana – and he’ll do whatever it takes to keep from being found out. Even murder.

Out of work, accident prone, and dateless, Sam McNamee packs up her belongings and her daughter to move to the Florida Keys, where she can pen love stories as S.A. Mack to ease the lingering pain of her husband’s death. First, though, she has to help her dad sell his home of forty-plus years. It just might be the hardest job she’s ever tackled. He’s a hoarder; she’s a neat freak.

Check out:
(The Sam and Bump Misadventures) 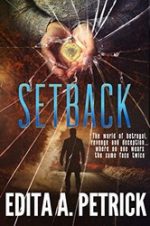 Setback
by Edita A. Petrick
Rating: 3.7

In between discovering ColdFusion and disrupting a pharmaceutical conspiracy, a menacing scheme unravels when a young scientist is assassinated before her testimony at the House Committee. CIA operative Ted Bester joins forces with the FBI agent Rick Brannigan to track down the hitman before he strikes again.

Due to the absence of documented intelligence on the assassin, they decide that they must use the surviving scientist, Randi Woolner, as bait. But the closer the killer gets, the more Ted hesitates to do so. When Ted learns that Randi is mentally linked to the killer through a cursed locket, they exploit this psychic espionage to its fullest. The team must quickly solve the hitman’s identity to stop him from killing more scientists and sabotaging the nation. 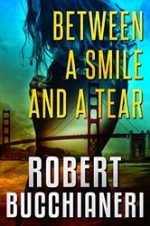 Between a Smile and a Tear
by Robert Bucchianeri
Rating: 4.0

A blackmailing stripper. A self-help preaching hit man. A gangster with a penchant for leeches.

Jack Waters wakes up naked, alone, and stinking of alcohol in a seaside dive with no idea where he is or how he got there. And this is just the beginning of the terrifying journey that is thrust upon him. The streets of San Francisco have never been so twisty and terrifying as Jack struggles with powerful and mysterious forces attempting to destroy his family, his sanity, his life. 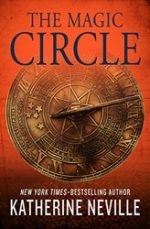 A female scientist races to save the world using prophecies from before Christ’s time in this thriller by the New York Times–bestselling author of The Eight.

In the last week of Jesus’s life, the Emperor Augustus orders the purge of all prophecies that question his divine power. Thus, in the crater of a dormant volcano, the books of the Sibylline oracle are sealed – lost to the world until the nineteenth century when Clio, a brilliant archaeologist, discovers them. The Sibyl’s words remain as potent as ever, having the ability to change the destiny of mankind. But who will be bold enough to harness their power? 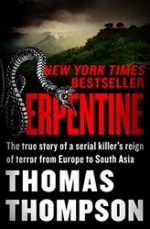 New York Times Bestseller: The nightmare odyssey of a charismatic serial killer and a trail of terror stretching halfway around the world.

There was no pattern to the murders, no common thread other than the fact that the victims were all vacationers, robbed of their possessions and slain in seemingly random crimes. Authorities across three continents and a dozen nations had no idea they were all looking for same man: Charles Sobhraj, aka “The Serpent.”

A handsome Frenchman of Vietnamese and Indian origin, Sobhraj targeted backpackers on the “hippie trail” between Europe and South Asia. 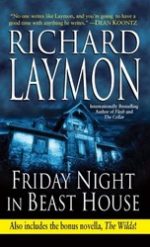 The last novel in the Laymon’s BEAST HOUSE series. Michael would do anything to get a date with Alison – anything. Alison has just one condition for guys that want to date her – they have to spend a night with her in the legendary Beast House. To Michael a night alone with Alison is a chance of a lifetime but if the stories about the Beast House are true it may also be a chance to die. As he waits for Alison, in the cellar of the macabre museum, Michael tries to keep his first date nerves in check. But what he’s feeling now is nothing compared to the terror he’ll face before the night is out… 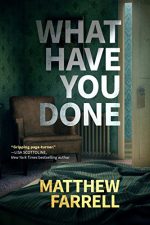 What Have You Done
by Matthew Farrell
Rating: 4.3

Family is not what it seems in this raw, edgy thriller that New York Times bestselling author Lisa Scottoline says “you won’t be able to put down.”

When a mutilated body is found hanging in a seedy motel in Philadelphia, forensics specialist Liam Dwyer assumes the crime scene will be business as usual. Instead, the victim turns out to be a woman he’d had an affair with before breaking it off to save his marriage. But there’s a bigger problem: Liam has no memory of where he was or what he did on the night of the murder.