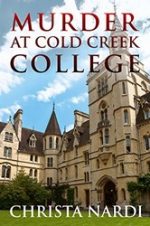 A dead body isn’t the best way to start a semester or a romance.

Sheridan Hendley is a professor and psychologist, not a sleuth. When her colleague is murdered and her good friend becomes the prime suspect, her curiosity and logical mind have her putting pieces together. It also becomes apparent that Sheridan is attracted to the handsome Detective. As Sheridan tries to connect all the people in Adam’s life, she finds that many women have a motive for Adam’s murder. When Sheridan’s tires are slashed and then she is assaulted, it’s clear someone is afraid she’s getting too close. 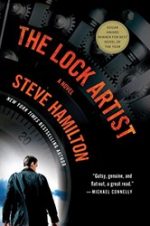 Marked by tragedy, traumatized at the age of eight, Michael, now eighteen, is no ordinary young man. Besides not uttering a single word in ten years, he discovers the one thing he can somehow do better than anyone else. Whether it’s a locked door without a key, a padlock with no combination, or even an eight-hundred pound safe … he can open them all.

It’s an unforgivable talent. A talent that will make young Michael a hot commodity with the wrong people and, whether he likes it or not, push him ever close to a life of crime. 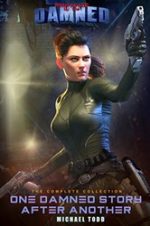 Katie Maddison never wanted to learn how to kick a demon’s ass, all she was doing was helping a fellow university student with his Chem homework. AMAZON Top 100 Bestselling Author

Demon Hunters, Demon Fighters … Known as The Damned. People possessed by Demons, but still remaining in control of their bodies. One of the most powerful Demon’s in Hell can’t defeat his sister, so he sets her up to be sacrificed and killed. The only problem? The human she possesses retained her sanity and together they might be a catalyst to change the future of the war.

Rose is a wonderfully rich and intricate novel set in nineteenth-century Wigan, a town located in the coal country of Lancashire.  Its protagonist, Jonathan Blair, is a mining engineer who has been chased out of Africa for “stealing” from the missionaries’ Bible Fund in order to pay off the porter of his expedition into the interior of the Gold Coast; he is now down and out in London.

Blair’s employer, Bishop Hannay, promises to send him back to Africa if he can find John Maypole, the curate who was engaged to his daughter, Charlotte Hannay, when he disappeared three months previously without explanation. 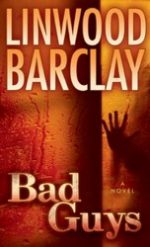 “Fans of the crime caper will rejoice” that Linwood Barclay is back with the hilarious follow-up to his “riotously funny and irreverent”* debut, in which paranoid pop Zack Walker plotted to transplant his city-savvy wife and two teenage kids to the tranquillity of the burbs–where planned communities prevail and fathers rest easy. Well, not quite…and now the Walkers have moved home only to find themselves living in the precarious crosshairs of urban sprawl once again, and Zack can’t help but be worried–really worried–that just around the corner lurks the presence of some really bad guys. 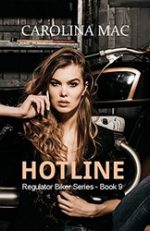 With the construction of the safe-house finally complete, Annie embarks on the dangerous task of rescuing juveniles from biker gangs all over Texas. When a freak accident tears her personal life to shreds, she struggles to stay focused on her new commitment. 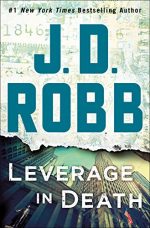 For the airline executives finalizing a merger that would make news in the business world, the nine a.m. meeting would be a major milestone. But after marketing VP Paul Rogan walked into the plush conference room, strapped with explosives, the headlines told of death and destruction instead. The NYPSD’s Eve Dallas confirms that Rogan was cruelly coerced by two masked men holding his family hostage. His motive was saving his wife and daughter—but what was the motive of the masked men? 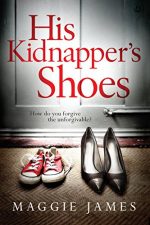 Daniel is my son. He has always been mine. And he always will be.

On some level deep inside, Laura Bateman knows something is wrong. That her relationship with her son is not what it should be. That it is based on lies. But bad things have happened to Laura. Things that change a person. Forever.

For twenty-six-year-old Daniel, the discovery that his mother is not who he thought comes close to destroying him. As his world turns upside down, he searches for sanity in the madness that has become his life. Daniel is left with nothing but questions. Why did Laura do something so terrible? Can he move past the demons of his childhood?