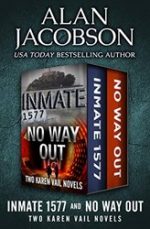 The survivor of abusive marriage, Special Agent Karen Vail has become hard and uncompromising in her work as the FBI’s lead profiler. Follow her now as she trails brutal killers across the country and then across the pond…

Inmate 1577: When an elderly woman is found raped and murdered in San Francisco, Vail heads west to team up with SFPD inspector Lance Burden and her former task force colleague Det. Roxxann Dixon. As they chase the killer around the city, his rampage continues, leaving behind clues that lead them to Alcatraz Island, whose long-buried, decades-old secrets hold the key to their case . . . 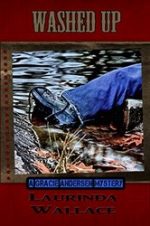 Washed Up
by Laurinda Wallace
Rating: 4.5

Gracie’s vacation to Arizona to sort out her relationship with Deputy Marc Stevens immediately turns deadly. A battered body in a mountain stream, suspicious treasure hunters, and a missing teen are players in a dangerous drug cartel case. Her romantic life may fizzle as Marc focuses on the investigation, leaving her to explore on her own. A spur-of-the-moment hiking trip with her B & B hostess leads the pair to discover a crucial piece of evidence in an unmapped cave. That’s when her vacation in the high desert heats up.

Check out:
(A Gracie Andersen Mysteries) 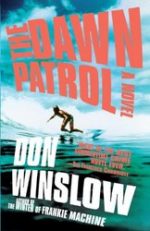 Every morning Boone Daniels catches waves with the other members of The Dawn Patrol: four men and one woman as single-minded about surfing as he is. Or nearly. They have “real j-o-b-s”; Boone, however, works as a PI just enough to keep himself afloat. But Boone’s most recent gig-investigating an insurance scam—has unexpectedly led him to a ghost from his past.

He refused to go looking for trouble until trouble went and found him.

Grover Knox has spent a quiet life raising his fifteen-year-old son and working his ranch. When strange lights start appearing on his property, Grover would rather ignore them than investigate.

But … he can’t ignore the bullets when they start flying. Ellis Rogers has spent the last twenty years robbing, killing, and searching for his daughter Pearl. Now that he’s finally tracked her down, he’s taking her. Whether she wants to go with him or not. If anyone tries to stop him, he’ll make them suffer. 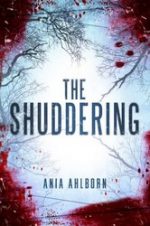 The Shuddering
by Ania Ahlborn
Rating: 4.0

Ryan Adler and his twin sister, Jane, spent their happiest childhood days at their parents’ mountain Colorado cabin – until divorce tore their family apart. Now, with the house about to be sold, the Adler twins gather with their closest friends for one last snowboarding-filled holiday. While commitment-phobic Ryan gazes longingly at Lauren, wondering if his playboy days are over, Jane’s hopes of reconciling with her old boyfriend evaporate when he brings along his new fiancée. As drama builds among the friends, something lurks in the forest, watching the cabin, growing ever bolder as the snow falls…and hunger rises. 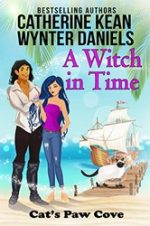 A Witch in Time
by Wynter Daniels, Catherine Kean
Rating: 4.0

Welcome to Cat’s Paw Cove, Florida – an enchanting seaside town and favorite tourist destination. But there’s something unusual about the locals, both human and feline. The popular Shipwreck Museum might just take you back in time, and the historic Sherwood House holds secrets, old and new.

Adopt a furever friend at the Cove Cat Café, treat yourself to a psychic reading at Eye of Newt metaphysical shop, pick up a special trinket from Black Cat Antiquities. And don’t be surprised if you find your heart in the magic of Cat’s Paw Cove. 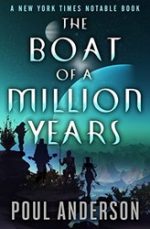 The Boat of a Million Years
by Poul Anderson
Rating: 4.0

A New York Times Notable Book and Hugo and Nebula Award Finalist: This epic chronicle of ten immortals over the course of history “succeeds admirably” (The New York Times).

The immortals are ten individuals born in antiquity from various cultures. Immune to disease, able to heal themselves from injuries, they will never die of old age—although they can fall victim to catastrophic wounds. They have walked among mortals for millennia, traveling across the world, trying to understand their special gifts while searching for one another in the hope of finding some meaning in a life that may go on forever.