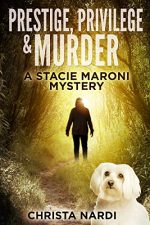 Money isn’t worth killing for, or is it?

When her estranged husband is murdered, Stacie Maroni Noth is quickly identified as the main suspect. With divorce papers not yet signed, she may get a substantial inheritance – a clear motive in the eyes of both Noth’s family and the police. His family and law firm strive to keep up the pretense that all is above reproach and idyllic. In her quest to prove her innocence, however, Stacie discovers she’s not the only one with a motive for murder. Could it be a colleague at the prestigious law firm where he worked? Or is it tied to the victim’s stance on domestic violence? 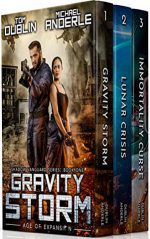 Don’t dump the cargo – I paid for it fair and square with money I stole! And so begins the saga of Jack Marber, former Special Assault Marine and his alien band of traders as they cross the galaxy doing the only job that doesn’t leave them homeless.

“It really is a good story line. With great suspense and action. But you can’t really get into any of the characters because as soon as you do, SPOILER, they’re dead. Otherwise not a bad book.” by Amazon Customer 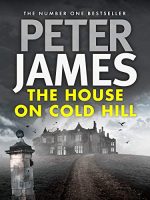 The House on Cold Hill
by Peter James
Rating:3.9

Ollie and Caro Harcourt are moving house with their twelve-year-old daughter Jade. Ollie is desperate to leave the city. Caro is less sure. Then they view Cold Hill House, a dilapidated rural mansion, and fall instantly in love. It’s expensive, but with its space, seclusion and huge grounds it seems like a brilliant idea.

That is, until they arrive. It soon becomes apparent that they are not alone. A spectral woman appears on screens and walks the corridors, vanishing before she can be challenged. 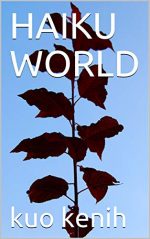 ”Haiku world” celebrates nature, relationships, social events and the weather. The haiku invoke the sense of smell, touch, sight, smell and feel in this little book. This book is rich and it is a most have and a most read for those new to the haiku genre.

“I really enjoyed reading these haiku’s. They varied in subject and I never get bored. They were all well written.” by Amazon Customer 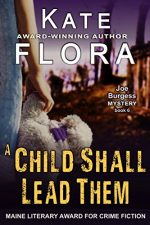 A Child Shall Lead Them
by Kate Flora
Rating: 4.4

With the body lacking head and hands, Burgess and his team face complex challenges as they follow a confusing trail leading to human traffickers exploiting children coming to America as asylum seekers.

As Joe and his team race the clock to identify the dead girl in time to save other victims, Joe’s own niece falls into the hands of the sex traffickers. For detectives hell-bent on finding a killer and busting a trafficking ring . . . it just got personal.

Check out:
(A Joe Burgess Mysteries) 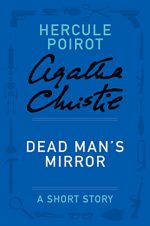 How did a woman holding a pistol in her right hand manage to shoot herself in the left temple? What was the link between a ghost sighting and the disappearance of top secert military plans? How did the bullet that killed Sir Gervase shatter a mirror in another part of the room? And who destroyed the ‘eternal triangle’ of love involving renowned beauty, Valentine Chantry?

Hercule Poirot is faced with four mystifying cases – Murder in the Mews, The Incredible Theft, Dead Man’s Mirror and Triangle at Rhodes – each a miniature classic of characterisation, incident and suspense.