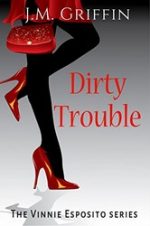 Someone Is Stalking Vinnie Esposito. But That’s Just the Start of Her Problems…

Criminal justice instructor Vinnie Esposito is having a very bad day. After barely escaping serious injury in a car accident, she runs into a former adversary she suspects is stalking her. Then she learns her 60-year-old aunt has been arrested and is palling around with mobsters. Suddenly, Vinnie finds herself over her head in trouble-dirty trouble. It’s an awkward situation to say the least for someone who’s constantly surrounded by law-enforcement contacts-including the hunky State Trooper Marcus Richmond and FBI agent Aaron Grant. 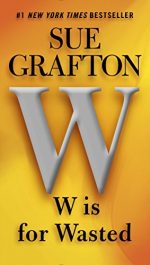 W is for Wasted
by Sue Grafton
Rating: 4.4

W is for…wanderer…worthless…wronged…W is for Wasted. Two dead men changed the course of my life that fall. One of them I knew and the other I’d never laid eyes on until I saw him in the morgue.

The first was a local PI of suspect reputation. He’d been gunned down near the beach at Santa Teresa. It looked like a robbery gone bad. The other was on the beach six weeks later. He’d been sleeping rough. Probably homeless. No identification.

Check out:
(A Kinsey Millhone Mysteries) 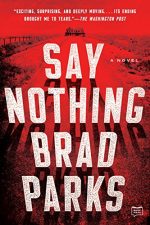 Say Nothing
by Brad Parks
Rating: 4.3

“Terrific book. Truly terrific. Tension throughout and tears at the end.0” – Sue Grafton

Judge Scott Sampson doesn’t brag about having a perfect life, but the evidence is clear: A prestigious job. A loving marriage. A pair of healthy children. Then a phone call begins every parent’s most chilling nightmare. Scott’s six-year-old twins, Sam and Emma, have been taken. The judge must rule exactly as instructed in a drug case he is about to hear. If he refuses, the consequences for the children will be dire. 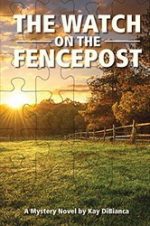 The Watch on the Fencepost
by Kay DiBianca
Rating: 4.5

A WATCH THAT TELLS MORE THAN THE TIME . . . This award-winning mystery/romance is the ultimate puzzle!

A mysterious gold watch propels Kathryn Frasier into a quest to prove her parents’ recent deaths were not an accident. But when she solves the mystery behind the watch, she uncovers a dark family secret and stumbles onto a trail of cryptic clues that lead her to a remarkable cast of characters, all of whom had a connection to her parents: an actress with a talent for disguises, a politician with a secret of his own, and a handsome businessman who shows a sudden romantic interest in Kathryn. But can she solve the mystery before she becomes the next victim? 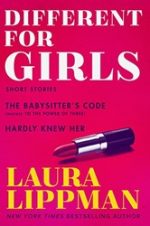 Laura Lippman has long been fascinated by the dangerous vulnerability of teenage girls. In “The Babysitter’s Code” – the inspiration for her critically acclaimed novel, To the Power of Three – an adolescent girl decides to take a gun to school. In “Hardly Knew Her,” Lippman’s homage to Carson McCullers’ The Member of the Wedding, a tomboy learns that growing up means learning how to lie and deceive. And in “Ice*”- a prequel to The Most Dangerous Thing – a young girl is literally haunted by a child who drowned in a mysterious accident. 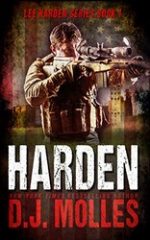 It’s been three years since Lee Harden emerged from his bunker into a world gone mad. Governments have fallen. And new ones have taken their place. In the United Eastern States, Lee and his team of battle-hardened operatives walk a tightrope of survival, keeping their fledgling society safe from the creatures beyond their gates–and from the enemies within.

Then, an ambush in hostile territory reveals a traitor in their midst–and leaves Lee barely clinging to life. Wounded and on the run, Lee and his team race to uncover the leak before it’s too late.

Check out:
(The Remaining Universe) 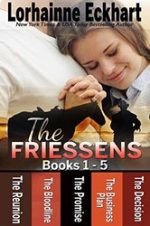 In this box set of emotional romances, the Friessen family siblings find their relationships tested, lay their hearts on the line, and discover lasting love!

Check out:
(The Friessen Legacy Series) 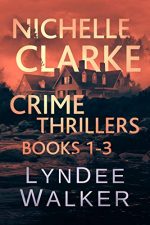 “I took a chance on these mysteries. I like police procedural, and this is about a reporter, but I gave the series a try. I loved the books! Nichelle is thoroughly likeable, not hard nosed and arrogant, but very human. The cast of characters are very interesting and I loved the interactions. Highly recommend.”

This suspenseful thriller series has riveted fans of James Patterson, Catherine Coulter, Melinda Leigh, and Robert Dugoni. Brace yourself for murder mysteries taut with authentic plots that only a former crime reporter could write – pick up your LynDee Walker thriller today.