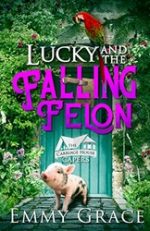 Lucky and the Falling Felon
by Emmy Grace
Rating: 4.9 #ad

Hi, I’m Annabelle Boucher, but everyone calls me Lucky. Despite my nickname, I’m a magnet for trouble. I can get myself into more jams and pickles than ants at a picnic. My most recent predicament involves being nearly killed by a dead body then finding a note that implicates me in the murder. My only option is to find the killer and clear my name. Fortunately, I have the help of a surly ex FBI agent, a 102-year-old mobster that looks like Mrs. Claus, and my wacky menagerie of rescue animals.

Check out:
(The Carriage House Capers) 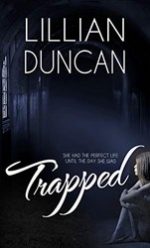 Angelina Matthews has everything – riches, fame, and beauty – until the day she’s kidnapped and trapped in a basement with a madman, wearing only a stained t-shirt. The dirt is his – the blood is hers. Tormented and tortured, she cries out to God. Help comes in the form of Nate Goodman. When their paths cross months later, Nate discovers Angelina is still trapped – not in a basement but in the memories she can’t escape. Nate knows all about being trapped, and getting un-trapped.

As an ex-Chicago cop he’s had his own demons to wrestle, but his faith helped him to move forward. He reaches out to Angelina whose paranoid delusions have her trapped still. But are they delusions after all? 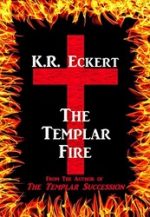 1666: A Mysterious man claiming to be the descendent of a Templar Knight makes his way to London. In his possession is a piece of wood he says is a segment of the True Cross, upon which Jesus Christ was crucified.

His mission is to deliver the Cross to Temple Church, where it will be safe from all enemies. But on the eve if completion, a Great Fire breaks out in the city. The Mysterious man is killed. The Cross disappears from history.

Present Day: Edward Drake, billionaire and religious fanatic, discovers the Cross in the wilderness of Syria. In London he builds a museum as a shrine to the Cross. But on the eve of it’s opening, the Cross is stolen, and a guard is found dead. Drake employs all his resources in a mad effort to exact vengeance. 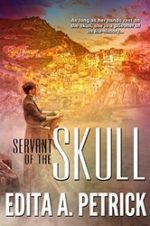 Servant of The Skull
by Edita A. Petrick
Rating: 4.2 #ad

“I really enjoyed this book. Well written and a great plot line. It kept me riveted. Will definitely read more by this author.!” by Amazon Customer

When the skulls prove to be fake, and a woman’s body is found on the bottom of the cliff, Gia knows the killer would rather see her dead than let her confirm the victims’ identity.

But that’s not what worries her at all. The most worrisome thing is that everyone who has arrived at the cliff-top monastery to wait for Gina to finish her job, stands only to gain a great deal from identification of the victim’s skull. There is no one, but absolutely no one, who stands to lose if the skull proves to be that of the deceased patriarch. So why is someone trying to sabotage Gina’s reconstructive work…? 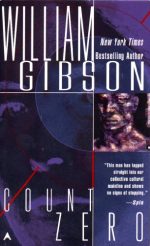 A stylish, street smart, frighteningly probable parable of the future from the visionary, New York Times bestselling author of Neuromancer and Agency.

A corporate mercenary wakes in a reconstructed body, a beautiful woman by his side. Then Hosaka Corporation reactivates him, for a mission more dangerous than the one he’s recovering from: to get a defecting chief of R&D – and the biochip he’s perfected – out intact. But this proves to be of supreme interest to certain other parties – some of whom aren’t remotely human…