Lisa is living a lie and everyone is about to find out. Lisa lives for her daughter Ava, her job and her best friend Marilyn.

But when a handsome client shows an interest in her, Lisa starts daydreaming about sharing her life with him, too. Maybe she’s ready now. Maybe she can trust again. Maybe it’s time to let her terrifying secret past go. But when her daughter rescues a boy from drowning and their pictures are all over the news for everyone to see, Lisa’s world explodes. 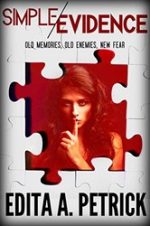 A cabin in the woods. A hostage situation. A sabotaged mission. The trauma that rocked her world as a young girl threatens her even in her adult life.

As a seven-year-old, Seabring Roberts was held captive in a cabin with her younger brother, Andrew, while her father was forced to sabotage a crucial military jet engine project. In spite of his cooperation, things went south when negotiating the safe return of his children. His treason cost him not only his life but that of his four-year-old son. The seven-year old daughter was left alone in the middle of the woods, with the bodies of her younger brother and her father, with no resources or instruction on how to survive the wilderness. A trucker found her in the desert, hungry, cold and terrified. 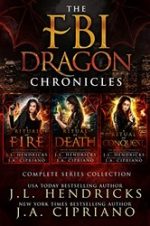 A Ritual of Fire: In the first novel in The FBI Dragon Chronicles, Alyson Andrews’s Investigation of a gruesome serial murder sends her into the darkest depths of the city’s magical underbelly…

A Ritual of Death: When Alyson, top-flight FBI agent and the world’s last dragon shifter, and her vampire partner Vlad saved the world last month, they thought that would be the last apocalypse they would ever have to deal with.

A Ritual of Conquest: When Alyson, dragon shifter and FBI special agent, and her sexy vampire partner, Vlad…

Epic prelude to the classic spy trilogy, GAME, SET and MATCH, that follows the fortunes of a German dynasty during two world wars.

Winter takes us into a large and complex family drama, into the lives of two German brothers – both born close upon the turn of the century, both so caught up in the currents of history that their story is one with the story of their country, from the Kaiser’s heyday through Hitler’s rise and fall. A novel that rings powerfully true, a rich and remarkable portrait of Germany in the first half of the twentieth century. 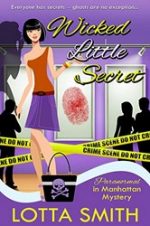 Everyone has secrets – ghosts are no exception…

Finding her body taken over by a ghost with unfinished business while entertaining a tempting (yet dangerous sounding) invitation from Rick Rowling -her boss – has Amanda Meyer, FBI special assistant and resident ghost whisperer for the Paranormal Cases Division, in a tailspin. Her drag-queen-guardian ghost is acting even stranger than usual, a murder victim holds a clue to finding a stolen sculpture, and a parade of well-meaning family members might just set another murder in motion. 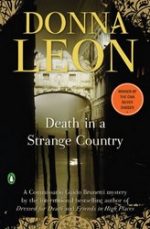 Death in a Strange Country
by Donna Leon
Rating: 4.3 #ad

Early one morning Commissario Guido Brunetti of the Venice Police confronts a grisly sight when the body of a young man is fished out of a fetid canal. All the clues point to a violent mugging, but for Brunetti the motive of robbery seems altogether too convenient. When something is discovered in the victim’s apartment that suggests the existence of a high-level conspiracy, Brunetti becomes convinced that somebody, somewhere, is taking great pains to provide a ready-made solution to the crime. 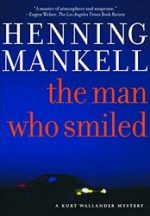 The #1 international-bestselling tale of greed, violence, and corporate power from the master of Scandinavian noir: “One of his best” (The Times, London).

After killing a man in the line of duty, Inspector Kurt Wallander finds himself deep in a personal and professional crisis; during more than a year of sick leave, he turns to drink and vice to quiet his lingering demons. Once he pulls himself together, he vows to quit the Ystad police force for good—just before a friend who had asked Wallander to look into the death of his father winds up dead himself, shot three times.

Check out:
(The Kurt Wallander Mysteries)