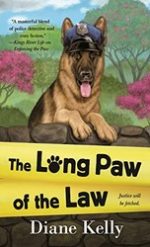 The Long Paw of the Law
by Diane Kelly
Rating: 4.6

One night, while on duty with her four-legged crime-fighting companion, Meg gets an urgent call from her boyfriend Seth, who works for the Fort Worth fire department. A baby girl has turned up at the station with only two clues to her identity: One is a peace-sign symbol stitched into her blanket. The other is a word, written in string: help.

Megan follows every loose thread and, along with Brigit, ends up on a twisted path that leads to the People of Peace compound, the site of a religious sect on the outskirts of the city.

Voice in the Wilderness
by H. L. Wegley
Rating: 4.8

What if your blog could save the nation, but posting to it might cost your life? Two extraordinary people born for a time such as this.

As catastrophes drive the US into martial law, all eyes are on America, waiting to see what emerges. KC Banning, network specialist, discovers President Hannan’s tyrannical plans and is branded a terrorist, sending her fleeing the Beltway to find her childhood soulmate and protector, Brock Daniels. Brock, a writer and man of faith, gives CPR to a dying nation through his blog, which is read by military members still loyal to the Constitution.

Check out:
(Against All Enemies Series) 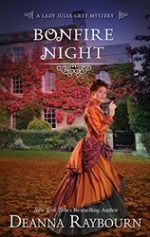 It’s the autumn of 1890, and almost a year has passed since – much to their surprise – Lady Julia and her detective husband, Nicholas Brisbane, became parents. Just as the couple begins to adapt, a solicitor arrives with a strange bequest. Nicholas, it seems, has inherited a country house – but only if he and his family are in residence from All Hallows’ Eve through Bonfire Night.

Neither Lady Julia nor Nicholas is likely to be put off by local legends of ghosts and witches, and the eerie noises and strange lights that flit from room to room simply intrigue them.

The first installment in the thrilling series by Navy SEAL Team Six commando Don Mann, infused with the real-life details only a true insider can reveal.

In the midst of a grueling training exercise, Thomas Crocker, USN, unearths a pocket of terrorism that leads straight from the slopes of K2 to the cities of Europe and the Middle East. Crocker and his team, who are trained for the most intense kinds of combat in the most extreme environments, must blaze through a perilous web of terrorist cells to track down a ruthless sheikh who is running an international kidnapping ring before his captives pay the ultimate price.

Check out:
(A SEAL Team Six) 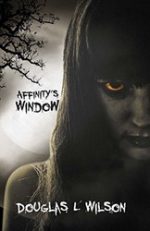 Affinity’s Window, a horror/thriller equal to Poltergeist, it will have you afraid to turn the light off!

Affinity Bell, a lonely child whose only companion is the threadbare doll she’s christened Mr. Moppet, roams the empty halls of Bell Manor attempting to escape the evil that pursues her. The Others, the horrifying creatures only she can see, attack young Affinity at every opportunity. But Mr. Moppet will protect her, he’s told her so, and Mr. Moppet knows magic. 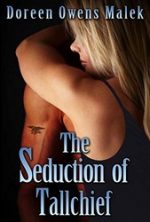 The Seduction of Tallchief
by Doreen Owens Malek
Rating: 5.0

THE SEDUCTION OF TALLCHIEF concerns the criminal pursuit of a multi-millionaire serial child molester, George Walden, who has used his wealth and connections to escape detection for decades. A reluctant, unconventional agent, Jefferson Tallchief, is sent into Walden’s New Jersey mansion to assemble the case against him. The relationship that develops between Walden’s bitter and reclusive daughter, Victoria, and the new hire acting as her driver forms the core of the story.

As they get to know one another, their prejudices (he’s Native American and she’s mostly WASP) dissipate and a bond slowly develops between them. While Tallchief works covertly to uncover evidence that will bring Walden to justice, he’s increasingly conflicted about his deceptive role in Victoria’s life. 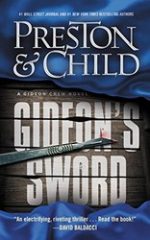 At twelve, Gideon Crew witnessed his father, a world-class mathematician, accused of treason and gunned down.

At twenty-four, summoned to his dying mother’s bedside, Gideon learned the truth: His father was framed and deliberately slaughtered. With her last breath, she begged her son to avenge him. Now, with a new purpose in his life, Gideon crafts a one-time mission of vengeance, aimed at the perpetrator of his father’s destruction. His plan is meticulous, spectacular, and successful. 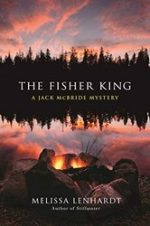 When the dust settles in this Texas town, who will be left standing? It’s been six weeks since Jack McBride’s life went to hell: the resolution of his first case as chief sparked a county-wide drug war, his brother Eddie rode into town with a pocket full of cocaine and trouble on his mind, his estranged wife returned from her one-year sabbatical determined to win him back, and Ellie Martin ended their brief affair.

To the Stillwater natives, the increase in local crime can be traced directly back to the day outsider McBride took the job, and they’re gunning to get rid of him. 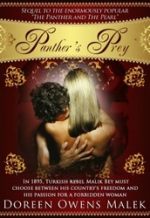 Sequel to the enormously popular THE PANTHER AND THE PEARL

He rode from out of the Turkish wilderness atop a magnificent charger. Dark and mysterious, Malik Bey swept Boston-bred Amelia Ryder into an exotic world of sultans and revolutionaries, magnificent palaces and desert camps. Amy wanted to hate her virile abductor, to escapte his heated glances forever. But with his suave manners and seductive charm, the hard-bodied rebel was not mere thief out to steal the proper young beauty’s virtue. Amy grew ever closer to surrendering to undending bliss in Malik’s fiery embrace.

Check out:
(THE PANTHER AND THE PEARL)