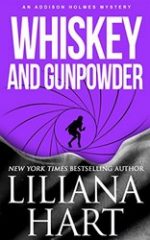 Something old, Something new, Something borrowed, Something…bedazzled? In twenty-four hours, Addison Holmes will be a married woman. Maybe.

A week to plan a wedding in the south is not for the fainthearted, but Addison (along with the help of her neurotic mother, unreliable sister, and unpredictable Aunt Scarlet) are determined to pull it off.
There’s just one problem. Okay…two problems. 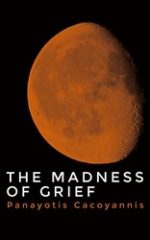 The Madness of Grief
by Panayotis Cacoyannis
Rating: 4.6

July 1969. While men are walking on the moon, life in London for sixteen-year-old Jane takes unexpected turns. On the point of falling in love with her best friend Karl, she discovers that there’s more to her father’s spectacular girlfriend than at first meets the eye. In the sweltering heat of a fast-moving evening, other revelations quickly follow, reconciling Jane with her father but also reopening wounds from the past, laying bare raw emotions kept suppressed for too long. And as the evening draws to a close, the night’s drama has only just begun, unfolding in a sequence of violent events that threaten to have lasting repercussions for Jane and the people she loves… 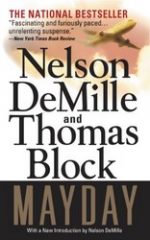 Twelve miles above the Pacific Ocean, a missile strikes a jumbo passenger jet. The flight crew is crippled or dead. Now, defying both nature and man, three survivors must achieve the impossible: Land the plane.

From master storyteller Nelson DeMille and master pilot Thomas Block comes Mayday – the classic bestseller that packs a supersonic shock at every turn of the page.

Saving Meghan is a riveting new thriller full of secrets and lies from author D.J. Palmer. Can you love someone to death?

Some would say Becky Gerard is a devoted mother and would do anything for her only child. Others, including her husband Carl, claim she’s obsessed and can’t stop the vicious circle of finding a cure at her daughter’s expense. Fifteen-year-old Meghan has been in and out of hospitals with a plague of unexplained illnesses. But when the ailments take a sharp turn, clashing medical opinions begin to raise questions about the puzzling nature of Meghan’s illness. 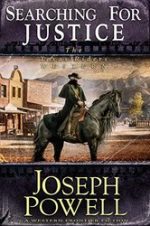 He’s fighting to save a town that’s not even his… and all he’s got are his guns and his wits.

Sheriff David Grant has just arrived in Charbury.  It’s small, quiet, and overrun with outlaws. The Morgan Gang’s in charge, and they don’t want David interfering.

But… he’s never run from a battle in his life. And he’s not about to start now. Lyle Morgan takes what he wants, when he wants it. And … that includes women. But when he sets his sights on Hadley, David starts seeing red. David’s not just fighting for Charbury anymore; he’s fighting for her. And he’ll keep fighting until either he or Lyle is dead.

In the summer of 1999, Kit and Laura travel to a festival in Cornwall to see a total eclipse of the sun. Kit is an eclipse chaser; Laura has never seen one before. Young and in love, they are certain this will be the first of many they’ll share.

But in the hushed moments after the shadow passes, Laura interrupts a man and a woman. She knows that she saw something terrible. The man denies it. It is her word against his. The victim seems grateful. Months later, she turns up on their doorstep like a lonely stray. But as her gratitude takes a twisted turn, Laura begins to wonder—did she trust the wrong person? 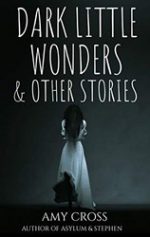 Dark Little Wonders and Other Stories
by Amy Cross
Rating: 4.4

A girl takes a strange job, copying an obscure and ancient manuscript that’s said to be guarded by a terrifying wraith.

A London grave robber gets more than he bargained for when an old friend comes to visit. A grieving mother is offered a chance to bring her child back from the dead, but there’s a deadly catch. A woman notices something unusual about her boyfriend, but what will he say when she asks him to tell her the truth?