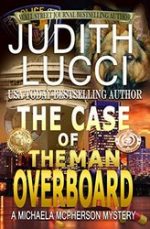 The Case of the Man Overboard
by Judith Lucci, Margaret Daly
Rating: 4.7

Two Murders, A Man Overboard, And A Run-in With Big Pharma And Organised Crime

After an intense year of solving crime in their home town of Richmond, Virginia, Michaela, Dottie and retired canine Angel, travel to Europe to spend much needed leisure time at the Borghase Estate outside of Rome. Unfortunately, their plans are upended by a series of catastrophes. A Vacation From Hell. 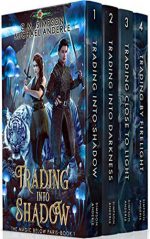 After surviving a shadow monster ambush, Marsh must get back to civilization, keep two kids alive, and make a delivery.

Get the first 4 books in this bestselling series in one boxed set! 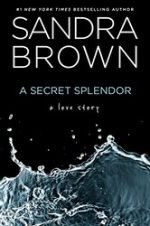 “…his eyes met hers in the mirror. They were dark and smoldering, like the purest of blue flame. And in her own eyes was the glassy sheen of desire.”

Arden Gentry went to the lush island of Maui for the specific purpose of ingratiating herself into Drew McCasslin’s world.

The dashing widower, who had bitterly grieved the death of his wife, is ready to tackle life again and believes that his meeting with Arden is fortunate happenstance. He and his young son, Matt, are drawn to Arden’s warmth and tenderness, and both open their wounded hearts to her. 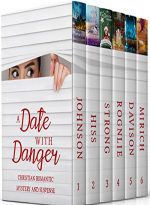 A Date with Danger Collection
by Multiple Authors
Rating: 4.8 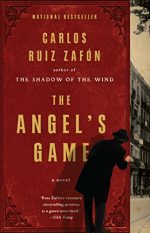 In this powerful, labyrinthian thriller, David Martín is a pulp fiction writer struggling to stay afloat. Holed up in a haunting abandoned mansion in the heart of Barcelona, he furiously taps out story after story, becoming increasingly desperate and frustrated. Thus, when he is approached by a mysterious publisher offering a book deal that seems almost too good to be real, David leaps at the chance. But as he begins the work, and after a visit to the Cemetery of Forgotten Books

Check out:
(The Cemetery of Forgotten Mysteries) 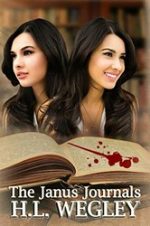 When her father is murdered, he left her with a warning, an assassin on her trail, and his secret history contained in a set of journals. As Allie tries to elude the assassin and read the journals, she learns that the loving father who raised her was not the man he appeared to be, and the man she must now trust with her life is someone Allie must never trust with her heart.

At strong safety, Grady Jamison could defend against opponents in the red zone, but he couldn’t stop the drunk driver who hit his car and killed his sister. Does Allie Petrenko’s call for help mean Grady has been given a second chance, a chance to do things right? 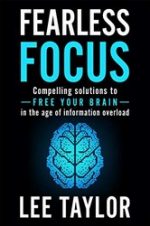 Do you spend hours on your device, only to look up and wonder where the heck the time went? Do you have trouble focusing on your goals or to-do list? Do you value your time but aren’t sure if you’re using it wisely?

In a world of constant distraction, you NEED the most efficient solutions possible to maximize your focus and get your mind right. Fearless Focus cuts through the information overload and attention stealers to ask: what exactly are you focused on? 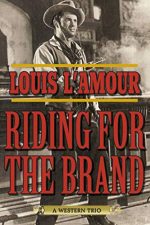 Riding for the Brand
by Louis L’Amour
Rating: 4.5

Louis L’Amour’s Western stories are beloved worldwide. Now, collected together for the first time in a single volume, are three of his finest tales of the West. The texts have been restored to their original appearances in magazines.

“The Lion Hunter and the Lady,”
“The Trail to Peach Meadow Cañon”
“Riding for the Brand.”