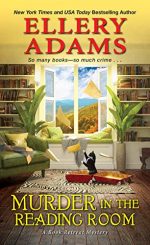 Murder in the Reading Room
by Ellery Adams
Rating: 4.5 #ad

Storyton Hall, Virginia, is a paradise for book lovers who come from all over for literary getaways. But manager Jane Steward is temporarily leaving for another renowned resort—in hopes of solving a twist-filled mystery…

Jane’s boyfriend is missing, and she thinks she may find him at North Carolina’s historic Biltmore Estate. Officially, she’s there to learn about luxury hotel management, but she’s also prowling around the breathtaking buildings and grounds looking for secret passageways and clues. One of the staff gardeners promises to be helpful . . . that is, until his body turns up in the reading room of his cottage, a book on his lap.

Check out:
(A Book Retreat Mysteries) 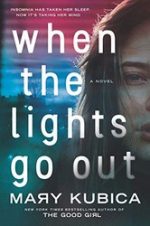 When the Lights Go Out
by Mary Kubica
Rating: 3.3 #ad

“Creepy and oh so clever!” – Alice Feeney, bestselling author of Sometimes I Lie

A woman is forced to question her own identity in this riveting and emotionally charged thriller by the blockbuster bestselling author of The Good Girl, Mary Kubica

Jessie Sloane is on the path to rebuilding her life after years of caring for her ailing mother. She rents a new apartment and applies for college. But when the college informs her that her social security number has raised a red flag, Jessie discovers a shocking detail that causes her to doubt everything she’s ever known. 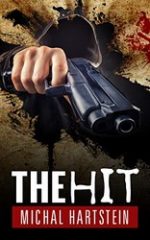 A mysterious hitman opens fire on a Tel Aviv café and opens a Pandora’s box.

It is a warm and sunny day when gunfire destroys the peace of lunchtime diners at a trendy café in central Tel Aviv. The shots, fired by a mysterious biker, hit several people, and two of them die on the spot: Kobi Ozri, a former criminal and police informer, and a young woman, a local office worker. Kobi’s handler, Hadas Levinger, is immediately brought in to solve the double murder. 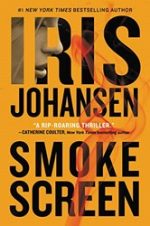 In this pulse-pounding thriller from #1 New York Times bestselling author Iris Johansen, forensic sculptor Eve Duncan journeys to Africa to help families torn apart by a violent attack deep in the jungle–but she may be putting herself in more danger than she knows.

A journalist shows up on Eve Duncan’s doorstep with a plea for help. Jill Cassidy has just come from a small African village with a heart wrenching story: half the villagers–many of them children–have been killed in a horrific attack by guerilla soldiers, the bodies burned beyond recognition. Now, the families desperately need Eve’s help to get closure and begin to heal. 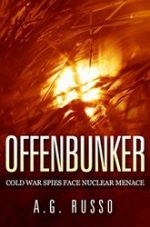 A top secret bunker deep in the Blue Ridge Mountains. A silo housing a ballistic missile. Cold War super powers the United States and the Soviet Union are engaged in an intense “arms race” build up of nuclear weapons and face off for control as the fate of the free world hangs in the balance.

The CIA, U.S. military intelligence, spies, double agents, the KGB, Stasi secret police, and assassins engage in a dangerous contest of espionage as Russia wants to spread communism and take control of Europe, and the United States wants to stop them. 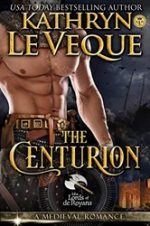 Sir Torston de Royans is known on the border as a man of reason, wisdom, and great strength. He also happens to serve a greatly respected liege who slips further into dementia with each passing day. Lord Lionel Harringham believes himself to be a Roman Caesar, and Torston is his great Centurion. Unfortunately, Lord Lionel also commands one of the largest castles in the north and Torston finds himself in a position of not only the protector of the castle known as The Lyceum, but the protector of Lord Lionel’s reputation. 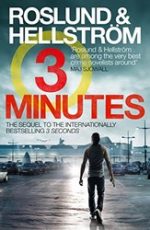 INFILTRATOR One-time Swedish government agent Piet Hoffmann is on the run from the life prison sentence he escaped: living under a false identity with his family in Calí, Colombia.

INFORMANT When Hoffmann is offered employment by a Colombian drug mafia, and is simultaneously approached by the US DEA to infiltrate the same cartel, he says yes to both.

IN TOO DEEP However, when America settles on an enemy for their next War on Terror, Colombia, the US government and the cartel are faced with the same problem. Piet Hoffmann. 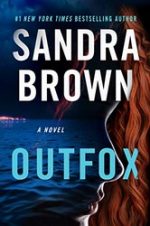 From the #1 NYT bestselling author: After a thirty-year search for a serial killer, FBI agent Drex Easton becomes a suspect’s next-door neighbor — but can he navigate a shocking series of twists and turns to track down the truth?

FBI agent Drex Easton is relentlessly driven by a single goal: to outmaneuver the conman once known as Weston Graham. Over the past thirty years, Weston has assumed many names and countless disguises, enabling him to lure eight wealthy women out of their fortunes before they disappeared without a trace, their families left without answers and the authorities without clues.