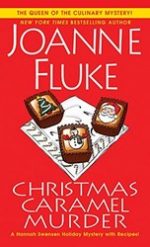 The holidays have arrived, and Hannah and her good pal Lisa have agreed to provide all the goodies for the town’s annual production of A Christmas Carol. But before anyone can say “Bah, humbug!” a Santa-sized sackful of trouble ensues. Like the fact that Lisa’s husband will be playing Mr. Claus to his ex-girlfriend Phyllis Bates’ Mrs. Claus. Or that before the curtains even go up Phyllis is found dead in the snow—wearing a costume that the real Mrs. Claus would put on the naughty list. 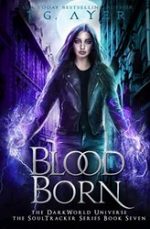 With Mission Save the Sexy Djinn ending with success and a good dose of revelations, vengeance and heartbreak, our favorite tracker Mel Morgan, is spreading herself a little too thin with everything that’s on her plate.
Logan’s calling in his debt for the team to help him in Drakys, but Mel and her friends also have to face the consequences for using the Sharaita.

Will they truly need to sacrifice a life? And if so, whose life will be the payment? 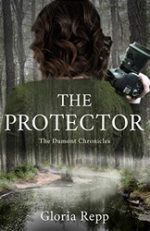 Lindsey Dumont, photographer, must defend her home in the Pine Barrens while she struggles to revive her career and salvage a long-distance romance. What is God doing? And who can she trust?

Check out:
(The Dumont Chronicles) 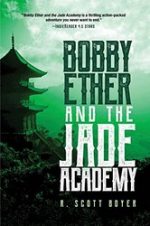 When sixteen-year-old Bobby Ether is abducted and brought to the secluded Jade Academy in Tibet, monks teach him and other special students how to tap into their Anima – the universal energy that connects all living things. But the headmistress of the academy is secretly exploiting the students, looking for genetic triggers to create a new breed of humans with metaphysical abilities. As his powers increase, Bobby is thrust into a cesspool of conspiracy, lies, and betrayal. A jade amulet left by his clairvoyant grandfather may provide answers, but what exactly is his family’s connection to this mysterious place?

Can Bobby master his talents in time to uncover the truth? If not, his fate–and the fate of the entire Jade Academy–may be sealed. 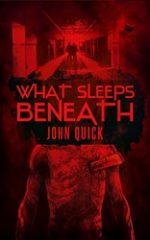 What Sleeps Beneath
by John Quick, Pete Kahle
Rating: 5.0 #ad

All Ryan wanted from life was to be cool enough for the girl of his dreams to notice him. If that meant he had to break into the town’s abandoned asylum and steal a trophy for the school bullies, so be it. What he didn’t expect was to find a corpse in the basement.

An old, withered corpse with a wooden stake in its heart… A stake he accidentally knocked free…

Prompted to return by a strange dream, he discovers that some legends are real, and finds himself face to face with an actual vampire. It’s a truly mind-blowing experience, and he can’t even share it with his best friend, Hunter. 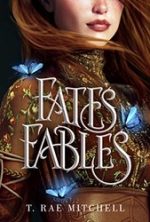 From the moment seventeen-year-old Fate Floyd could hold a pen, writing has brought her dreams to life. Now she must write to stay alive. Mysteriously cast into the ancient Book of Fables, Fate is trapped inside a magical world of darkly spun fairy tales. Unfortunately, there’s no closing the book on this very real cast of frightening sorceresses, cruel faeries and deadly creatures of legend whose stories are each inked in blood.

And then there’s Finn McKeen. The golden-haired Scottish boy who looks like he stepped straight from her journal of secret daydreams.

Check out:
(Her Dark Destiny Series) 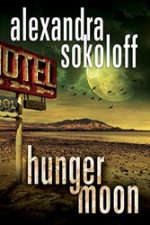 Revenge has no limits. Special Agent Matthew Roarke has abandoned his rogue search for serial killer Cara Lindstrom. He’s returned to the FBI to head a task force with one mission: to rid society of its worst predators. But now in the new, highly polarized political landscape, the skeletal symbols of Santa Muerte, “Lady Death,” mysteriously appear at universities nationwide, threatening death to rapists, and Roarke’s team is pressured to investigate. When a frat boy goes missing in Santa Barbara, Roarke realizes a bloodbath is coming—desperate teenagers are about to mete out personal, cold-blooded justice.

Check out:
(The Huntress/FBI Thrillers)