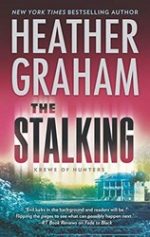 Dark legends come to life. With the execution of a serial killer known as the Artiste, Cheyenne Donegal thinks a grim part of her past is finally put to rest. Her cousin had been the twisted killer’s final victim, and then-teenage Cheyenne was integral in bringing him to justice. That tragedy drove her to become an FBI agent. And now she’s back in Louisiana because someone is murdering young women in the same manner as the Artiste.

Krewe of Hunters agent Andre Broussard has deep ties in New Orleans and Cajun country beyond. He knows that more than one monster has stalked the bayou. Has a deadly threat been resurrected, or does someone have a dark inspiration? 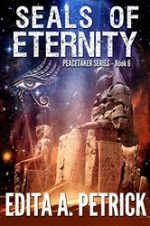 Seals of Eternity
by Edita A. Petrick
Rating: 4.5 #ad

The academic who curates the traveling exhibition is a Serbian war-criminal, hiding under a dead man’s identity. Sed, whether as a shadow or wearing someone’s body, has been tracking him across two continents just to be able to see one artifact that is not only a key to his prison, but a powerful energy conduit linked to all cosmic creation. The problem is that Sed needs both Seals, the left and the right-handed one, to close the loop that will guarantee him immortality…and in the process obliterate his current dimension and all creation in it. 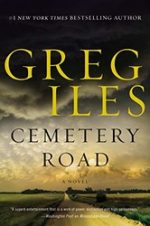 “An ambitious stand-alone thriller that is both an absorbing crime story and an in-depth exploration of grief, betrayal and corruption… Iles’s latest calls to mind the late, great Southern novelist Pat Conroy. Like Conroy, Iles writes with passion, intensity and absolute commitment.” – Washington Post

When Marshall McEwan left his Mississippi hometown at eighteen, he vowed never to return. The trauma that drove him away spurred him to become one of the most successful journalists in Washington, DC. But as the ascendancy of a chaotic administration lifts him from print fame to television stardom, Marshall discovers that his father is terminally ill, and he must return home to face the unfinished business of his past. 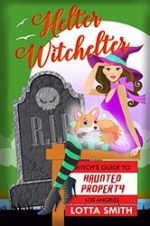 Fio Valentine is starting to settle into her sometimes vexing job in the Haunted and Hexed Properties Management Department of Quest Realty, but when her friend Suze invites her on a weekend trip to Santa Barbara, she’s less than excited about visiting yet another haunted house.

Rumored to be hosting the ghost of a wealthy businessman, the mansion could hold a clue to the disappearance of Chris Adams, the older brother of her foxy boss Jack, and since Jack has decided his current assignment is too dangerous for her, Fio takes Suze up her offer, her spirit animal Champ in tow. 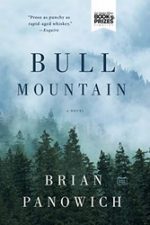 From a remarkable voice in Southern fiction comes a multigenerational saga of crime, family, and vengeance.

Clayton Burroughs comes from a long line of outlaws. For generations, the Burroughs clan has made its home on Bull Mountain in North Georgia, running shine, pot, and meth over six state lines, virtually untouched by the rule of law. To distance himself from his family’s criminal empire, Clayton took the job of sheriff in a neighboring community to keep what peace he can. But when a federal agent with the Bureau of Alcohol, Tobacco, and Firearms shows up at Clayton’s office with a plan to shut down the mountain, his hidden agenda will pit brother against brother, test loyalties, and could lead Clayton down a path to self-destruction.

A man with a secret life risks everything to clear his name in this “ingenious suspense thriller”(The New York Times Book Review) from the bestselling author of the Penn Cage series. 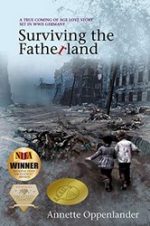 SURVIVING THE FATHERLAND tells the true and heart-wrenching stories of Lilly and Günter struggling with the terror-filled reality of life in the Third Reich, each embarking on their own dangerous path toward survival, freedom, and ultimately each other. Based on the author’s own family and anchored in historical facts, this story celebrates the resilience of the human spirit and the strength of war children.

When her father goes off to war, seven-year-old Lilly is left with an unkind mother who favors her brother and chooses to ignore the lecherous pedophile next door. 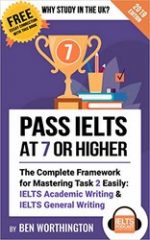 Pass IELTS at 7 or Higher
by Ben Worthington
Rating: 4.4 #ad

This practical IELTS book helps you get ideas every time you sit down to write your essays. Quickly improve your writing skills and end: “MY MIND GOES BLANK”.

This book promises to end your confusion with IELTS Task 2 and gives you a system for organising your thoughts. Use our proven framework for Task 2 essay writing and get full points for Task Response and Cohesion / Coherence (for every essay you write)… 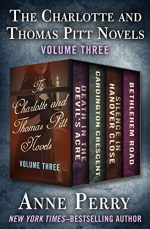 Enjoy the “exemplary Victorian company” of this London sleuthing couple with books seven through ten in the long-running New York Times–bestselling series (The New York Times).