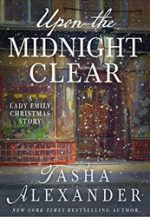 While most of London society has fled to their country estates for the holidays, Lady Emily and her family are enjoying a few days in the city. On a shopping trip to Hamley’s Toy Shop, a kind-hearted stranger gives Emily’s son a Christmas cracker—but when he opens it to reveal a cryptic clue inside, Emily suspects there’s more to the gift than Christmas cheer.

By the next day, her suspicions seem well-founded when a Scottish stranger arrives with a heartbreaking tale and an urgent plea for help. He believes his long-lost daughter, kidnapped by her well-meaning grandparents as an infant, may be hidden away somewhere in London. 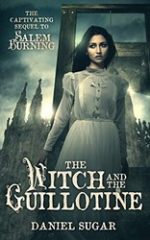 The Witch And The Guillotine
by Daniel Sugar
Rating: 4.4 #ad

After narrowly escaping the horrors of the Salem witch trials, Lilly Parris comes of age in 18th Century France, where she is pampered by Louis XVI and pursued by one of history’s greatest fiends: Maximilien Robespierre, the monster who sent thousands of innocent men, women and children to the guillotine.

“I waited a long time for this and I love it!! Salem Burning was so good I couldn’t wait for Daniels next book to come out and it does not disappoint! Lily is such a great character and her new adventures are wonderful and took on a whole different feel from the first book, but with still the same excitement and intensity.
This book shows that there is a wonderful series here that is perfect for tv, but I am thrilled to have the book first!” by Amazon Customer

Check out:
(The Lives Of Lilly Parris) 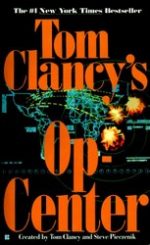 In 1962, at the height of the Cold War, the Soviet Union sent a convoy of nuclear missiles to Cuba. The crisis that followed almost triggered World War III. However, while all eyes were on the Caribbean, not all of the missiles were sent to Cuba. Several ships slipped from the flotilla and headed for a fishing village in a remote, frigid, northeastern Soviet frontier. There, a silo was constructed not far from Alaska.

More than 60 years later, that silo and its lethal contents are intact. Now, Iranian scientists team with a Russian agent and his estranged, arms-smuggling father to bring those missiles to Tehran… 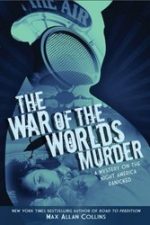 The War of the Worlds Murder
by Max Allan Collins
Rating: 4.2 #ad

Orson Welles is the bombastic wonder boy of radio and stage. But is he also a murderer?

Walter Gibson – creator of pulp superhero the Shadow – travels to New York City to collaborate on a script with Welles, star of the radio show The Mercury Theatre on the Air. The young Welles is a charming but difficult taskmaster who relishes dramatic blowouts with friends, lovers, and colleagues. So when a dead body is found in the studio minutes before the live broadcast of The War of the Worlds, Gibson knows Welles will be the New York Police Department’s number one suspect. 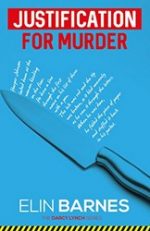 Is There Ever A Justification For Murder? Detective Darcy Lynch licks his wounds as a desk jockey after an undercover case gone bad. He’s handed a hit-and-run that quickly reveals itself as a brazen attempted murder””exactly the kind of case he was trying to avoid. Why would anyone want Saffron Meadows dead? An unexpected desire to protect her forces Lynch to stick with the case.

How Far Would You Go To Get Something You Desperately Need? Meanwhile, seasoned Detective Erik Sorensen and his intern work a string of bizarre suicides with too much in common to be a mere coincidence. What could drive these people to carve their own flesh out?

Check out:
(The Darcy Lynch Mysteries) 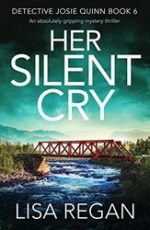 Round and round she goes, blonde pigtails flying, her high-pitched giggle catching on the wind. But as the ride slows to a stop, her seat is suddenly empty. Little Lucy is gone…

When seven-year-old Lucy Ross is snatched from the carousel in Denton city park, Detective Josie Quinn joins the frantic search. She’s the one who finds Lucy’s sparkly butterfly backpack abandoned by the ticket booth, a note with a devastating message stuffed inside: answer your phone, or your sweet little darling will die…