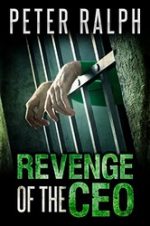 Revenge Of The CEO
by Peter Ralph
Rating: 4.4 #ad

What would you do if you were framed by the woman you lusted after, and sentenced to twenty years in an Asian prison? Would it make any difference if the heinous crimes that you’d gotten away with carried far longer sentences? Would knowing that your actions led directly to the suicide of your financial controller play on your conscience?

Blind hate kept Douglas Aspine alive in Changi Prison. He had no compassion for those he had hurt, only the lust for revenge. Would Aspine succeed in bringing down those who had framed him? 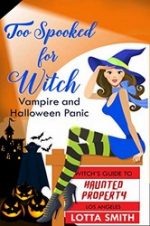 Too Spooked for Witch
by Lotta Smith
Rating: 5.0 #ad

After a harrowing start to her new job with Quest Realty’s Haunted and Hexed Property Division, accidental witch Fio Valentine is less than eager to take on yet another daunting task.

As if dealing with a woman-hating ghost wasn’t hard enough, now her boss Jack Adams wants her to uncover the mystery behind a series of incidents at Quest’s new development project. The sprawling construction site in San Bernardino will have parks, malls and theaters in the future, but right now all it has is an angry vampire leaving a trail of injured workers in its wake. 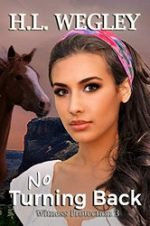 When a young man much like her dead father offers her protection, will trusting him bring another massacre, one that takes her life too?

After once being called a coward, Drew West has a mile-high chip on his shoulder and an impressive resume of fighting skills. He’s ready to fight anybody, anywhere, especially if someone needs protection. When Suarez tries to kill Beth in Big Bend, Drew humiliates the drug lord and captures Suarez’s little brother, Ricardo. Hector Suarez places Beth and Drew at the top of his hit list. When a federal prosecutor offers Beth and Drew protection for their testimony against Ricardo, Beth fears a safe house cannot stop another massacre. 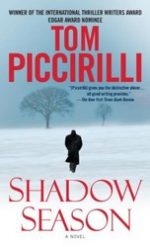 An ex-cop, Finn was left literally blinded by violence. The one thing he can still see is the body of his wife, Dani, and a crime scene that won’t fade from his mind’ s eye. Now a professor, Finn never would have guessed that an isolated girls’ prep school could be every bit as dangerous as city streets. Especially when he stumbles upon a local girl lying in a graveyard in the middle of a raging blizzard.

Finn may live in a world of total darkness, but it’s about to get a splash of red. The memories that torment him still have the power to kill, and a group of innocent students has been put in harm’s way by a pair of vicious criminals stalking Finn for unknown reasons. 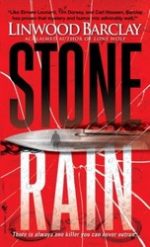 Now Zack is implicated in a murder, Trixie is missing, and everything he thought he knew about his friend, his town, even his own marriage, reveals a darker side. 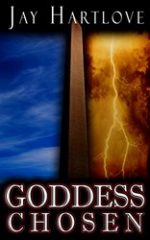 Running from his dark past, former Duvalier hit man Charles Redmond is forced to take sides in a battle that has been raging since Exodus: between a power-mad magician named Silas Alverado and Sammael, the Demon Prince of Liars.

When Charles’ beloved Voodou is threatened with extinction, he must wager his life between pure evil and the man who could destroy the world. Charles’ psychiatrist, Sanantha Mauwad, steps into this maelstrom of nightmares, violence and insanity to help Charles find his strength. She tries to save Charles’ mind, but can she save his soul?