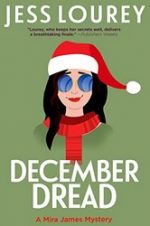 With Christmas just over a week away, ’tis the season for grinning elves, maddeningly jolly Muzak, and a guilty Nut Goodie addiction. But the holidays are marred by something far worse―a serial killer leaving candy canes as his calling card.

His target? Thirty-something brunettes who look just like Mira James. When a woman from her high school graduating class becomes his latest victim, Mira plows through a case of online dating turned deadly with Mrs. Berns at her side.

Check out:
(A Mira James Mysteries) 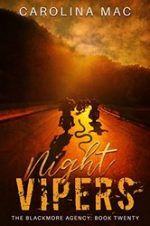 Farrell’s dream of a night squad for the Agency becomes a reality after rigorous training and many setbacks. Will the new squad prove their worth within the time the Chief has allowed them, or will Farrell’s dream crash and burn? Read Night Vipers to find out.

“Blaine, Farrell and the rest of the Blackmore Agency are on a roll. Tyler has lost it and Jesse is there for him. Carolina MAC has done a good job with this book.” by Amazon Customer

Check out:
(The Blackmore Agency Mysteries) 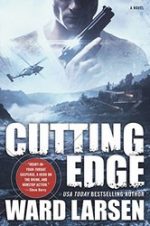 Trey DeBolt is a young man at the crest of life. His role as a Coast Guard rescue swimmer in Alaska offers him a rewarding job and limitless adventure. Then a tragic accident alters his life: during a harrowing rescue, his helicopter goes down. Severely injured, DeBolt awakens in a seaside cabin in Maine, thousands of miles from where the accident occurred. His lone nurse lets slip that he has been officially declared dead, lost in the crash… 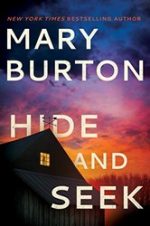 She’s hunting. He’s watching. Special Agent Macy Crow is a survivor. After a vicious hit-and-run nearly kills her, she gets right back to work, and now she’s gunning for a spot on the FBI’s elite profiling team. As an audition, she offers to investigate the recently discovered bones of Tobi Turner, a high school girl who disappeared fifteen years ago.

While investigating with local sheriff Mike Nevada, a former colleague and onetime lover, Macy discovers a link between Tobi’s case and several others that occurred around the same time as her disappearance. 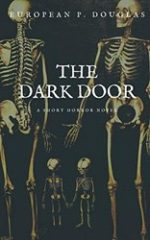 Covering up a murder can be Hell! When Aideen Darker realizes she stands before a recently murdered man with wads of cash on him, she has two options. Call the police, or pocket the money and dispose of the body- she chose the wrong option!

Guilt and sleepless nights begin to take their toll on her sanity. What she see’s at night, while her husband sleeps soundly can’t be real- can it? Her bruises, aches, and pains the next day say otherwise. And what of the thin cracks forming in the living room wall, starting to look like the frame of a door? 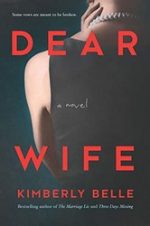 From the bestselling author of The Marriage Lie and Three Days Missing comes a riveting new novel of suspense about a woman who, in a fight for survival, must decide just how far she’ll go to escape the person she once loved

Beth Murphy is on the run… For nearly a year, Beth has been planning for this day. A day some people might call any other Wednesday, but Beth prefers to see it as her new beginning—one with a new look, new name and new city. Beth has given her plan significant thought, because one small slip and her violent husband will find her. Sabine Hardison is missing…