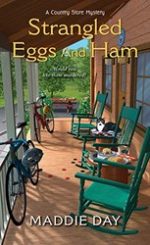 While Robbie scrambles through breakfast orders for her expanding clientele at Pans ‘N Pancakes, tempers run as high as the sticky August heat in South Lick, Indiana. Real-estate developer Fiona Closs plans to build a towering luxury resort at one of the most scenic hilltops in Brown County, and not everyone can see the sunny side of the imposing proposition—including Robbie’s furious Aunt Adele, who doesn’t waste a minute concocting protests and road blockades.

Check out:
(A Country Store Mysteries) 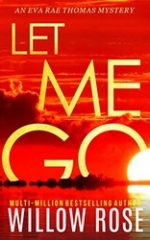 What if a stranger told you that she believed your child is about to be killed? What if that woman was an ex-FBI profiler with a disputable reputation? Would you believe her?

Eva Rae Thomas is chasing down a vicious killer, but no one will believe he even exists. If there are no unexplained dead bodies or missing persons, then how can there be a killer on the loose? 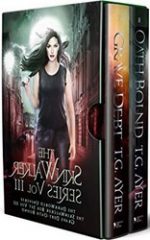 In the DarkWorld the things that go bump in the night are most likely true. And the problem is they are probably not sticking to bumping around in the night. They are everywhere. Your work colleagues, your teachers, even your friends. They’ve been living that way for a long time. And you haven’t noticed because they don’t want you to.

You’re much better off not asking any questions. 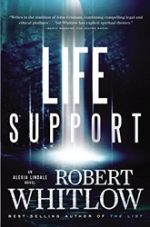 Alexia Lindale knows her new case is a matter of life and death. She doesn’t have a clue what it will do to her heart…and soul. From the Christy-award-winning author of The List, The Trial, and The Sacrifice comes this twisting tale of tough decisions, mixed motives, and mysterious, healing grace.

Baxter Richardson survived a fall from a cliff while hiding in the mountains. Whether he’ll make it through the next few weeks is unclear. His survival depends on the machines that help him breathe. On the haunted, unstable wife who wants to pull the plug and hide her secrets.

Check out:
(An Alexia Lindale Series) 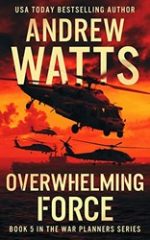 When the Chinese military launches a surprise attack on the United States, the world is thrown into chaos. The Manning family is spread out over the globe, each doing their part to defend America.

Check out:
(The War Planners) 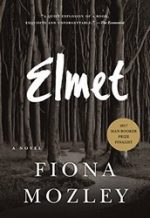 The family thought the little house they had made themselves in Elmet, a corner of Yorkshire, was theirs, that their peaceful, self-sufficient life was safe. Cathy and Daniel roamed the woods freely, occasionally visiting a local woman for some schooling, living outside all conventions. Their father built things and hunted, working with his hands; sometimes he would disappear, forced to do secret, brutal work for money, but to them he was a gentle protector. 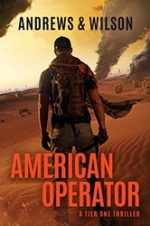 What Dempsey doesn’t realize is that Allen is just a pawn in a much larger game. A new player has already been unleashed: a legendary mercenary who matches the American Operator in skill, tactical prowess, and a killer instinct for survival. Now there is far more at stake than a kidnapped CIA agent. Dempsey and his team better get this one right, because the balance of power for the entire Middle East rests on their shoulders. And the new threat is far more dangerous than any Dempsey has encountered in his decades waging war against terrorism. Game on.

Check out:
(Tier One Thrillers)