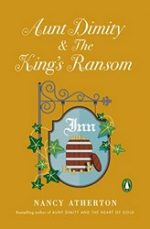 On a dull and dreary October day, Lori Shepherd and her husband Bill set off for the historic town of Rye, on the southeast coast of England, for a quiet weekend together without the kids. Bill must first pay a visit to a reclusive client–but after Lori drops him off, a powerful storm drives her off course and leaves her stranded in an ancient, rambling inn called The King’s Ransom. When Lori is spooked by ghostly noises in the night, Aunt Dimity reminds her rather tartly that not all ghosts intend to harm the living. 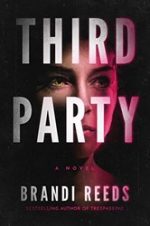 Is it murder? Is someone playing mind games? Or is it both? The chilling answers are in this twisting novel of psychological suspense by the Amazon Charts bestselling author of Trespassing.

The apparent suicide of a beautiful aspiring law student unites two strangers, connected only by their tangled suspicions: that nothing about Margaux Stritch’s tragic end is what it looks like. Firefighter Jessica Blythe is courageously making her mark in the male-dominated Chicago Fire Department while navigating a complicated relationship with a detective. 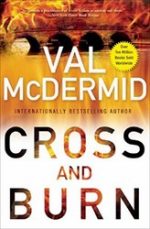 Psychologist Tony Hill and ex-DCI Carol Jordan—the UK crime fighting partners from the TV series Wire in the Blood—face down a serial killer.

International bestselling crime writer Val McDermid’s work speaks for itself: her books have sold millions of copies worldwide, won numerous accolades, and attracted a devoted following of readers around the globe.

Cross and Burn picks up where The Retribution left off: following the best crime-fighting team in the UK – clinical psychologist Tony Hill and police detective Carol Jordan – who when we last saw them were barely speaking, and whose relationship will now be challenged even further. But just because they’re not talking doesn’t mean the killing stops. 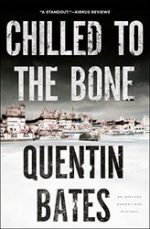 Chilled to the Bone
by Quentin Bates
Rating: 4.2 #ad

When Sgt. Gunnhildur Gísladóttir of the local police force is called in to investigate the death of a man found tied to a bed in one of Reykjavík’s nicest hotels, she finds no sign of criminal activity—but suspects there may be more to this fatality than meets the eye. Could the death of the ship owner be related to a local gangster’s recent return to Iceland after many years abroad? 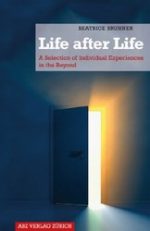 In this book 12 deceased human beings describe their initial experiences and encounters in the beyond. These personal accounts, transmitted through the Swiss deep trance medium Beatrice Brunner, are impressive testimonies of the continuation of life after death and provide revealing insights into the world that awaits us. Each of these accounts gives us information which goes far beyond what has been ascertained by classical thanatology.

“My name is Mathys … When I arrived here in the beyond, I was astonished at the reception I was given. My parents, who had returned to the spirit world a long time before, came to greet me and were overjoyed to see me. ‘Now you need never worry again about your daily bread!’ they told me.” 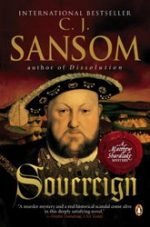 The third Matthew Shardlake Tudor Mystery by C. J. Sansom, the bestselling author of Winter in Madrid and Dominion

C. J . Sansom has garnered a wider audience and increased critical praise with each new novel published. His first book in the Matthew Shardlake series, Dissolution, was selected by P. D. James in The Wall Street Journal as one of her top five all-time favorite books. Now in Sovereign, Shardlake faces the most terrifying threat in the age of Tudor England: imprisonment int he Tower of London.