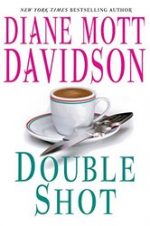 New York Times bestseller Diane Mott Davidson is the darling of cozy mystery readers and dedicated foodies the world over. Davidson is really cooking with Double Shot, another tantalizing puzzle featuring her beloved protagonist, accomplished caterer and sleuth Goldy Schulz. Whipping up a rich soufflé of murder and mischief, Davidson has Goldy in a stew once again, when the reemergence of her psychopathic ex-husband and a murder that follows soon after brings chaos into her world. 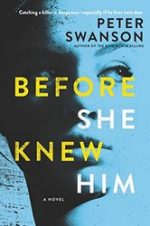 Before She Knew Him
by Peter Swanson
Rating: 4.2 #ad

Catching a killer is dangerous – especially if he lives next door. From the hugely talented author of The Kind Worth Killing comes an exquisitely chilling tale of a young suburban wife with a history of psychological instability whose fears about her new neighbor could lead them both to murder . . .

Hen and her husband Lloyd have settled into a quiet life in a new house outside of Boston, Massachusetts. Hen (short for Henrietta) is an illustrator and works out of a studio nearby, and has found the right meds to control her bipolar disorder. Finally, she’s found some stability and peace. 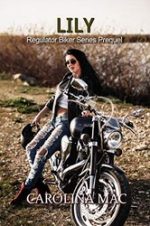 The greatest threat to your survival is your husband. If you don’t want to be his next victim, what do you do? Follow Portia Anne as she takes steps to protect herself. The answers are in the book. Read Lily.

“I say surprising meaning unexpected, never heard of the author, not particularly impressed by the intro notes and the first few thoughts/pages were sad and depressing to me. But then every twist was a neat unexpected surprise. Five stars for straightforward story-telling, keeps you turning the pages; and, it did not need constant mental editing…” by Amazon Customer

Check out:
(The Regulators Biker Series) 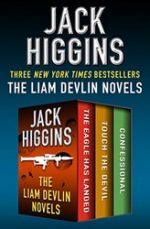 In The Eagle Has Landed, the inspiration for the film starring Donald Sutherland, an audacious Nazi plan to kidnap Winston Churchill threatens to tip the scales of World War II.

In Touch the Devil, in the shadow of the Cold War, two rugged IRA veterans must crush a ruthless mercenary before his deadly scheme can bring Europe to its knees.

In Confessional, a rogue terrorist in Northern Ireland prepares for his final deadly strike. Trained by the KGB, the assassin known as Cuchulain has cut a path of violence throughout the region for over two decades, leaving a trail of bodies in his wake. Now he has set his audacious sights on his highest profile target yet: the pope. 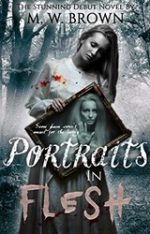 Some places were never meant to be visited. Annabelle has discovered she can instantly transport herself to any destination she chooses. Although ghost-like when she travels, her remarkable ability takes her from England to France, Croatia and beyond. But such a gift does not come without ties. As Annabelle explores her potential it puts her life and the lives of those she loves in danger; leading her to the path of an enigmatic and intelligent serial killer.

What will Dr. Leo Bardell do if he discovers Annabelle’s ability? 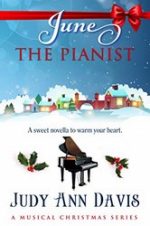 When concert pianist June Westberry inherits her late grandfather’s music shop, she returns to her small hometown in New York to renovate and manage it. But she never expects to clash with the town’s ornery old music teacher, Nettie Jones who demands she find a lost, fifty-year-old holiday musical score.

Single parent and contractor, Leo Ciaffonni, enjoys restoring old buildings, and the A# Music Shop with its pretty new owner is no exception. When he’s injured, June finds herself caring for Leo and helping his little daughter bake cookies for her class. 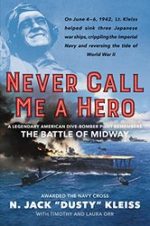 Never Call Me a Hero
by Multiple Authors
Rating: 4.0 #ad

The true story behind the blockbuster motion picture Midway. Hailed as “The single most effective pilot at Midway” (World War II magazine), Dusty Kleiss struck and sank three Japanese ships at the Battle of Midway, including two aircraft carriers. This is his extraordinary memoir.

On the morning of June 4, 1942, high above the tiny Pacific atoll of Midway, Lt. (j.g.) “Dusty” Kleiss burst out of the clouds and piloted his SBD Dauntless into a near-vertical dive aimed at the heart of Japan’s Imperial Navy, which six months earlier had ruthlessly struck Pearl Harbor. The greatest naval battle in history raged around him, its outcome hanging in the balance as the U.S. desperately searched for its first major victory of the Second World War. Then, in a matter of seconds, Dusty Kleiss’s daring 20,000-foot dive helped forever alter the war’s trajectory.