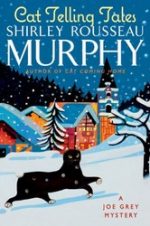 Mystery fans and cat lovers alike rejoice. The infallible feline sleuthing team of Joe Grey, Dulcie, and Kit return in Cat Telling Tales—author Shirley Rousseau Murphy’s seventeenth ingenious whodunit that once again gives readers a cat’s eye view of crime, murder, and mayhem. Already honored with nine Cat Writers’ Association Muse Medallions for her series, Murphy takes us back to Molina Point, California in Cat Telling Tales, as a suspicious fire, a tragic death, and a rash of unanticipated houseguests, both human and feline, inflame the investigative curiosity of our furry detective trio. 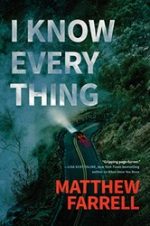 I Know Everything
by Matthew Farrell
Rating: 4.5 #ad

A psychiatrist grapples with his own sanity as murder evidence mounts against him.

Police investigator Susan Adler is ready to close the book on a deadly car accident, but after the medical examiner discovers evidence of foul play, she knows she has a murder on her hands. The victim was the wealthy wife of Randall Brock, a renowned psychiatrist who treats patients with disturbing, brutal fantasies. And just like that, Susan’s got a suspect.

Randall has a violent past but knows he didn’t kill his wife. In the midst of his crushing grief, Randall receives a visit from a stranger with information to share about his wife’s death. 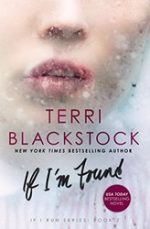 Casey Cox is still on the run, fleeing prosecution for a murder she didn’t commit. Dylan Roberts – her most relentless pursuer—is still on her trail, but his secret emails insist he knows the truth and wants to help her. He’s let her escape before when he had her in his grasp, but trust doesn’t come easily.

As Casey works to collect evidence about the real murderers, she stumbles on another unbearable injustice: an abused child and a suicidal man who’s also been falsely accused. Casey risks her own safety to right this wrong and protect the little girl from her tormenters.

Check out:
(If I Run Mysteries) 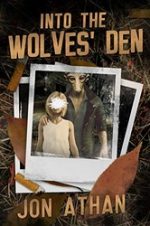 What would you do to protect your family? Keith Klein, a beat cop in the small New Mexico town of Montaño, sets out to find his missing daughters after they vanish on their way home from school. He enlists the help of Gerald Greenwood, an old friend and a private investigator. When their investigation stalls and desperation creeps in, Keith’s methods become unorthodox, illegal, and extremely violent.

Meanwhile, Keith’s daughters, fourteen-year-old Carrie and eight-year-old Allison, witness horrors beyond imagination at the Wolves’ Den, a house in the middle of nowhere. In that house, a group of psychopaths in animal masks produce snuff films and other disturbing content for clients across the globe. 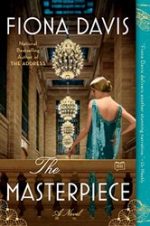 For most New Yorkers, Grand Central Terminal is a crown jewel, a masterpiece of design. But for Clara Darden and Virginia Clay, it represents something quite different.

For Clara, the terminal is the stepping stone to her future. It is 1928, and Clara is teaching at the lauded Grand Central School of Art. Though not even the prestige of the school can override the public’s disdain for a “woman artist,” fiery Clara is single-minded in her quest to achieve every creative success – even while juggling the affections of two very different men. But she and her bohemian friends have no idea that they’ll soon be blindsided by the looming Great Depression…and that even poverty and hunger will do little to prepare Clara for the greater tragedy yet to come. 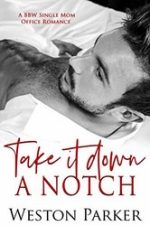 Take It Down A Notch
by Weston Parker
Rating: 4.8 #ad

If only men were for sale this time of the year.

Then I could buy one, use him as a companion for my son who needs a male figure in his life, and then return him once we were all good again. But it doesn’t work that way. A friend mentions a Big Brother Program, and I’m all in. My little one gets what he needs, and I don’t have to sacrifice my freedom and worry about love loss again. The handsome guy they assign my son isn’t at all what I expected. Nor are the warm fuzzies I get when I see him. 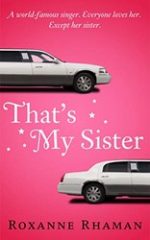 Having a younger, beautiful sister is hard enough. Having one who’s on the cover of magazines and is loved by all? Torture. For single mom Marie Stephens, all she wants is to survive her new business, provide for her children, and ignore the intense feelings she has for her married neighbor.

When her famous sister, Sadie, shows up after a five-year absence, Marie’s normal life ceases to exist. Add in their celebrity-obsessed mother, it’s no wonder they can’t get along. 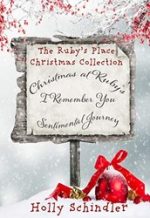 Journey with me to tiny Sullivan, Missouri and unwrap an unexpected gift…

Welcome to Christmas Eve at Ruby’s Place, a nightspot where memories of yesterday come alive. Where one night a year, the past and the present bump headlong into the future. Where beginnings and endings circulate through mystery and the magic of love. Meet the establishment’s current owner, Angela, its first owner, Frankie, and Ruby herself.

Get to know the happy hour regulars whose presence is the stuff of quiet speculation. Revisit the Christmas within yourself.