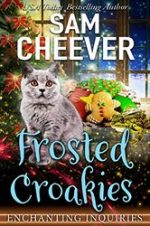 ’Tis the season for great folly…walawalawalawalala…ribbit. It’s Christmas time at Croakies. The tree is up. The stockings are hung. And Christmas tunes are turning the atmosphere jolly. After a tumultuous Samhain, I’ve found my chi again and I’m starting to enjoy the season of love and giving.

Yeah. You probably know how this is going to end.

Who spelled my party? What do a pair of Santa’s elves have to do with it? And why have old enemies suddenly become new friends? I apparently have a little holiday mystery to solve inside Croakies, and I have no idea how I’m going to solve it with everybody mixed up and some of us human. 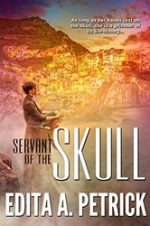 Servant of The Skull
by Edita A. Petrick
Rating: 4.1 #ad

The moment Gia’s hands touch a skull, the living history of the skull’s owner bursts inside her head. Indeed, for as long as her hands rest on the skull, she is a prisoner of its life-history. When she receives a field assignment in Greece to reconstruct skulls of three victims who perished in a plane crash, she thinks it’s just for identification purposes. But nothing could have prepared her for the kind of situation she walks into. There are just as many family members who want her to do her job as there are those who’ll stop at nothing to prevent it. When the skulls prove to be fake, and a woman’s body is found on the bottom of the cliff, Gia knows the killer would rather see her dead than let her confirm the victims’ identity.

Check out:
(The Peacetaker Mysteries) 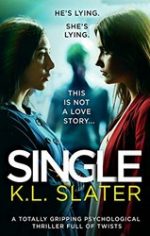 When single mother Darcy’s son falls from a rope bridge at a local playground, life stands still. She clutches his small, limp body, frozen, until a pair of strong hands push her aside, and she watches as George, a local doctor, saves her son’s life.

George is a single parent too, and with his twinkling hazel eyes, easy charm, and lack of wedding band is almost too good to be true, but coffee becomes lunch, lunch becomes dinner, and soon they can’t go an evening without seeing each other. When he invites her to move into his beautiful home with its sprawling garden for her boys, Darcy doesn’t hesitate. 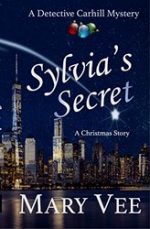 Fifteen days before Christmas, the staff at Sylvia Duvet’s mansion discover she is missing. Her daughter arrives at Detective Carhill’s office in a panic, concerned the gossipers and media will create their own story, embarrassing the family name. After all, a wealthy widow only disappears if…she can’t bear to think of the possibilities. Detective Branson Carhill, a master of French, formal dance, dining, conversation, and all manners expected of one in the elite class, hides his true middle-class identity when on the job. His motto: Your case can be solved without notifying the media. So, Readers, it’s up to you to solve the mystery before Detective Carhill does. You have until the end of Christmas. 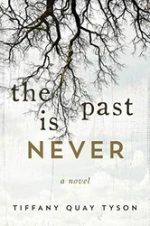 The Past Is Never
by Tiffany Quay Tyson
Rating: 4.7 #ad

A compelling addition to contemporary Southern Gothic fiction, deftly weaving together local legends, family secrets, and the search for a missing child.

Siblings Bert, Willet, and Pansy know better than to go swimming at the old rock quarry. According to their father, it’s the Devil’s place, a place that’s been cursed and forgotten. But Mississippi Delta summer days are scorching hot and they can’t resist cooling off in the dark, bottomless water. Until the day six-year-old Pansy vanishes. Not drowned, not lost . . . simply gone. When their father disappears as well, Bert and Willet leave their childhoods behind to try and hold their broken family together. 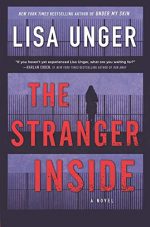 The Stranger Inside
by Lisa Unger
Rating: 4.3 #ad

Even good people are drawn to do evil things … Twelve-year-old Rain Winter narrowly escaped an abduction while walking to a friend’s house. Her two best friends, Tess and Hank, were not as lucky. Tess never came home, and Hank was held in captivity before managing to escape. Their- abductor was sent to prison but years later was released. Then someone delivered real justice–and killed him in cold blood.

Now Rain is living the perfect suburban life, her dark childhood buried deep. She spends her days as a stay-at-home mom, having put aside her career as a hard-hitting journalist to care for her infant daughter. 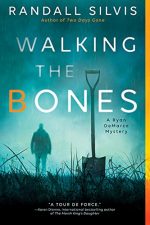 When long-buried secrets come back to the surface… The bones of seven young girls, picked clean and carefully preserved, discovered years ago… that’s all Sergeant Ryan DeMarco knows about the unsolved crime he has unwittingly been roped into investigating during what is supposed to be a healing road trip with his new love, Jayme.

DeMarco is still reeling from the case that led to death of his best friend months ago and wants nothing more than to lay low. Unfortunately, the small southern town of Jayme’s idyllic youth is not exactly a place that lets strangers go unnoticed—especially strangers who have a history of solving violent crimes.