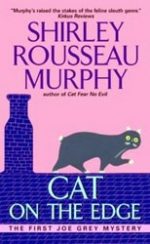 Cat on the Edge
by Shirley Rousseau Murphy
Rating: 4.4 #ad

It’s been quite a week for Joe Grey. First the large, powerfulfeline discovers that, through some strange, inexplicable phenomenon, he now has the ability to understand human language. Then he discovers he can speak it as well! It’s a nightmare for a cat who’d prefer to sleep the day away carefree, but Joe can handle it. That is, until he has the misfortune to witness a murder in the alley behind Jolly’s Deli — and worse, to be seen witnessing it. 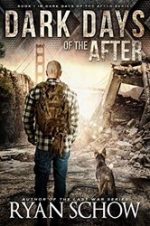 Dark Days of the After
by Ryan Schow
Rating: 5.0 #ad

BRAND NEW SERIES! For the next few days, save 66% on the ebook before it goes to full price permanently! From Ryan Schow, bestselling post-apocalyptic fiction author of The Last War and The Age of Embers, comes an intense new tale of strength, survival and patriotism. Dark Days of the After puts ordinary citizens on the front line of a domestic war that was never supposed to have happened, one that will either unify the country or break her for good…

THIS IS NOT THE AMERICA YOU KNOW. In the near future, the Constitution is outlawed, the government is ceremonial at best and the country is about to lose her name. No one knows how this happened, or why America prostrated herself to the kind of foreign forces who would impose obedience through compliance. Resistors call the occupation “creeping death.” Those countries grabbing at the reins of power see it for what it is—a full scale invasion. 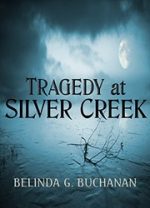 Guilt is a powerful thing, and former deputy Jack Collins is mired in it. Unable to forget the events that have taken place in the town he was sworn to protect, he feels as if he is slowly drowning as he tries to cope with the aftermath of a serial killer’s reign of terror, as well as his new – and unwanted – job as chief of police.

When the body of a young woman, having the same puncture wounds as the serial killer’s previous victims, is discovered, Jack must determine if this is a copycat crime or the work of a possible accomplice – either of which – could put the killer’s only surviving victim in grave danger. 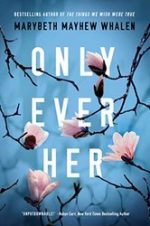 Only Ever Her
by Marybeth Mayhew Whalen
Rating: 3.8 #ad

Annie Taft’s wedding is four days away, and it will be one of the grandest anyone can remember in her small South Carolina town. Preparations are in order. Friends and family are gathering in anticipation. Everything is going according to plan. Except that Annie herself has vanished. Did she have second thoughts? Or has something much worse happened to the bride-to-be?

While her loved ones frantically try to track her down, they’re forced to grapple with their own secrets—secrets with the power to reframe entire relationships, leaving each to wonder how well they really knew Annie and how well they know themselves. 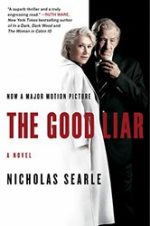 Soon to be a major motion picture starring Helen Mirren and Ian McKellen.

“A superb thriller and a truly engrossing read.” – Ruth Ware, New York Times bestselling author of In a Dark, Dark Wood and The Woman in Cabin 10

When Roy meets a wealthy widow online, he can hardly believe his luck. Just like Patricia Highsmith’s Tom Ripley, Roy is a man who lives to deceive—and everything about Betty suggests she’s an easy mark. He’s confident that his scheme to swindle her will be a success. After all, he’s done this before. 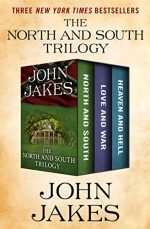 The North and South Trilogy
by John Jakes
Rating: 4.7 #ad

Two families are united—and torn apart—by the Civil War in these three dramatic novels by the #1 New York Times–bestselling master of the historical epic.

In North and South, the first volume of John Jakes’s acclaimed and sweeping saga, a friendship is threatened by the divisions of the Civil War…

In Love and War, the Main and Hazard families clash on and off the Civil War’s battlefields as they grapple with the violent realities of a divided nation…

In Heaven and Hell, the battle between the Mains and Hazards—and Confederate and Union armies—comes to a brilliant end. 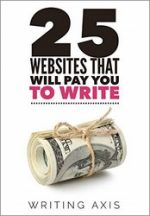 25 Websites that Will Pay You to Write
by Writing Axis
Rating: 4.7 #ad

The rise of the gig economy has provided more opportunities for writers to profit while working remotely. Whether you’re looking to launch a writing career, supplement your income or increase your earning potential by writing for high-paying, big-name brands, this is the only resource you need…