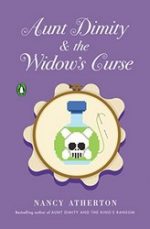 It’s early April in the small English village of Finch. Lori Shepherd’s husband and sons are spending Easter break camping, and Lori is perfectly happy to be left at home with Bess, spared a week of roughing it with a curious toddler. The two attend a village events committee meeting and Lori is astonished when the elderly, soft-spoken widow Mrs. Annabelle Craven stands to make an announcement: she’s decided to hold a quilting bee in the old schoolhouse… 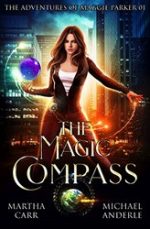 From the best selling author of The Leira Chronicles

If smart phones and GPS rule the world – why am I hunting a magic compass to save the planet? Austin Detective Maggie Parker has seen some weird things in her day, but finding a surly gnome rooting through her garage beats all.

Each one has an artifact that can keep the Earth humming along, but they need her to unite them first. Unless the forces against her get there first. A compass, a telescope and untapped magic are her only tools.

Check out:
(The Adventures of Maggie Parker) 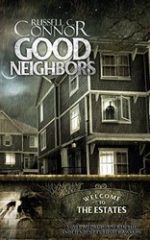 HOW WELL DO YOU KNOW YOUR NEIGHBORS?

Elliot Jefferson moved to the isolated Estates of North Hills to work on his sobriety and avoid other people at all costs. But when the electric transformers around the complex begin emitting a horrible buzz that he calls ‘the Squall,’ neither is easy to achieve.

Because some of his neighbors are acting strange. Twitching, fighting, and muttering about voices only they can hear. 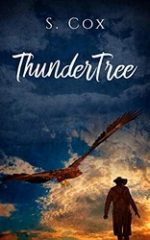 Ben Evers is a drifter that never stays in one place too long, always hankering to see what’s over the next horizon. His traveling companion—an eagle. He lives by two rules. Mind his own business and always treat women with respect. The first rule stands him in good stead until he meets former Texas Ranger John T. McAllen and his niece Kate Landon.

The two are drawing him into their lives and Ben knows from personal experience no good ever comes from getting involved in other folks’ trouble. John T. and his neighbor are caught up in a feud over land and Clary’s daughter. 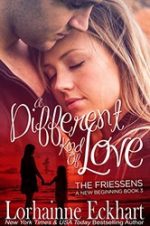 A Different Kind of Love
by Lorhainne Eckhart
Rating: 4.7 #ad

Brad and Emily return in a heartwarming and emotional story about a family faced with secrets and an unexpected visitor who could destroy their happily ever after.

-“Boy, can Lorhainne pull a person into her stories. They just grab you and don’t let go!! You feel all the emotions they do!! Happiness, anger, frustration but always love…”

A Different Kind of Love brings back the couple you fell in love with in The Forgotten Child. Now, years later, Brad and Emily are faced an entirely new set of challenges with their preteen autistic boy when his mother, Crystal, returns. She wants a relationship with the boy she abandoned – something Brad and Emily never expected. She says she’s changed, but can the Friessens believe her?

Fearless and incorruptible, Andrew Trevayne is a self-made millionaire, former undersecretary of state, and current head of one of the nation’s most prestigious foundations. Now, at the express wish of the president, Trevayne undertakes an investigation into the “secret government” – and is soon swept up in a tidal wave of intrigue and danger. Beyond the corridors of official power he discovers a nightmare maze where billionaires mingle with Mafia dons, where sinister forces are poised to enact a chilling conspiracy, where Congress and even the presidency itself can be bought and sold, where survival hinges on a hair trigger. 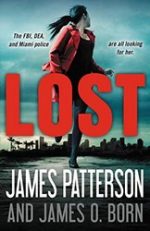 A Brand New Releas at REGULAR PRICE. Detective Tom Moon and his multi-talented team face off against an international crime ring looking to seize control of America’s most vibrant city, Miami.

The city of Miami is Detective Tom Moon’s back yard. He’s always kept it local, attending University of Miami on a football scholarship, and, as a Miami PD officer, protecting the city’s most vulnerable.
Now, as the new leader of an FBI task force called “Operation Guardian,” it’s his mission to combat international crime.