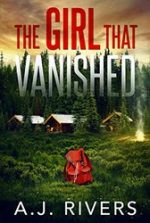 Ring…Ring… One call from her past was all it took to change everything. After the shocking revelation of the last case, FBI agent Emma Griffin decides to take a much-needed vacation. But a phone call from Sheriff Sam Johnson, a man from her past, completely derails her plans. A young girl has disappeared, and another child has gone missing.

With the number count slowly climbing. Emma must now put her plans on hold, go back to her hometown and face some ghosts from her past. When a mysterious package appears on her birthday. Emma can’t shake the feeling that someone is monitoring her every movement. Someone is getting too close for comfort. The question is who? In the close-knit town of Sherwood, the truth is never as it seems. 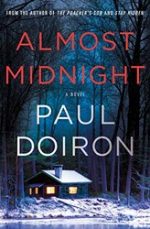 In this thrilling entry in Edgar Award finalist Paul Doiron’s bestselling series, a deadly attack on one of Maine’s last wild wolves leads Game Warden Mike Bowditch to an even bigger criminal conspiracy.

While on vacation, Warden Investigator Mike Bowditch receives a strange summons from Billy Cronk, one of his oldest friends and a man he had to reluctantly put behind bars for murder. Billy wants him to investigate a new female prison guard with a mysterious past, and Mike feels honor-bound to help his friend. 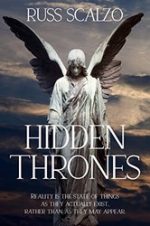 A must read. A supernatural thriller. A titanic clash between good and evil. An unexpected love story.

The mystery swirling around the unseen and unknown has caused much speculation. Some suppose lost souls are wandering the earth, others believe deceased loved ones never truly moved on, and still, there are those who are convinced that aliens have infiltrated our world.

The ancient scriptures talk about a great evil that was conceived in the depths of eternity. There, a great war occurred in a place called Heaven. Lucifer, the ancient serpent, the evil dragon of folklore, was cast out and bound to the earth and confined to its surrounding atmosphere. Could it be that the evil we see is inspired by a dark kingdom, a demonic spiritual force at war with the human race? Could these princes and rulers of darkness be influencing our world today? 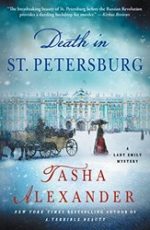 After the final curtain of Swan Lake, an animated crowd exits the Mariinsky theatre brimming with excitement from the night’s performance. But outside the scene is somber. A ballerina’s body lies face down in the snow, blood splattered like rose petals over the costume of the Swan Queen. The crowd is silenced by a single cry –  “Nemetseva is dead!”

Amongst the theatergoers is Lady Emily, accompanying her dashing husband Colin in Russia on assignment from the Crown. 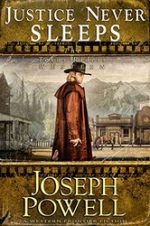 Rancher Sebastian Maddox is a retired gunfighter who just wants to live a peaceful, quiet life on his Texas ranch. But when someone tries to scare him off his land, Sebastian realizes there is no peace without justice. Gilbert Kramer and his gang are the most wanted outlaws in the West. They’re not just bad; they’re pure evil. They relish in hurting others and make their money by stealing it from hardworking people. They killed Bridget O’Hara’s entire family. They would have killed her too if she hadn’t been a fast runner.

When Sebastian meets Bridget, he learns that Gilbert is hiding out on the ranch next door. The problem is he can’t prove it, and no one believes him. If Sebastian does nothing, the entire town is in danger. But if he acts fast, he might be able to save both Bridget and Blackgate from total destruction…

Check out:
(A Western Frontier Fiction) 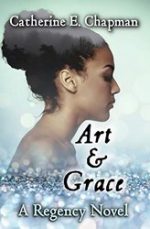 Bristol, England, in the early Nineteenth Century. The slave trade has been abolished but slavery itself has not yet been outlawed. Bess, a young woman of mixed heritage, has an ambiguous position in the home of the once-eminent Liston family. Raised and educated alongside the family’s children, Richard and Artemisia, she has been increasingly confined to the role of a domestic servant since the death of Joshua Liston, the household’s head. 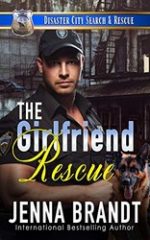 Brand New Release from Jenna Brandt. A search and rescue cop training to become a K-9 handler, a lovely dispatcher who always has his back, and an earthquake that threatens to tear them apart…

Officer Ted Hendricks has been biding his time, locating missing skiers and hikers for three years in Colorado, while waiting for a chance to become a K-9 handler. When a spot opens up at the Disaster City Search and Rescue facility in Texas, he jumps at the chance to go, even though it means leaving his girlfriend behind.

Dispatcher Deanna Harper had one strict rule — never date a cop. That all changed when she got to know Ted Hendricks. He was the only single officer in the department who didn’t hit on her, which made him all the more appealing. When he decides to travel across the country to train as a K-9 handler, she decides he’s worth taking a chance on a long distance relationship.