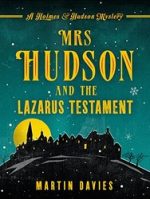 A thrilling cosy mystery for Mrs Hudson, Baker Street’s best-kept secret. A man is knocked down outside 221B Baker Street. His dying words speak of a man risen from the grave.

A Viscount has gone missing and there are rumours of a dead man haunting the moors and a country hall beset by ghostly lights and spectres. Sherlock Holmes’ housekeeper, the formidable Mrs Hudson, is faced with a mystery. Joined by her assistant Flotsam, they’re once again thrown into dark adventure full of gripping twists and murderous intrigue. 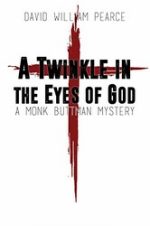 A Twinkle in the Eyes of God
by David William Pearce
Rating: 5.0 #ad

Having successfully survived the Marshan affair, Monk Buttman is looking forward to nothing more than a peaceful life filled with days at the beach. However, an unexpected call from his estranged daughter, Rebekah, pulls Monk back to Virginia and back through his past, something he doesn’t want to do. But family ties run deep, and before Monk can think it through, he, Agnes, and Rebekah, find themselves on the road searching for Rebekah’s runaway husband, encountering ghosts and angels, God and love, and murder along the way. 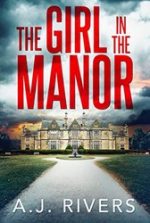 The sound of a blood curdling scream echoed through the manor. Her pleas ignored, her screams unheard. Tomorrow would not come for Everly Zara…

What does the death of a young child, and the sudden death of the girl in the manor have in common?
Was it simply just a coincidence, or is there something far more disturbing than anyone could ever imagine?

Everly Zara, a beautiful young woman, is found dead in the bedroom of the manor. The bedroom which she shares with her new fiancé. She is naked and hanging. Her ankles are bound. There are words written on her body. 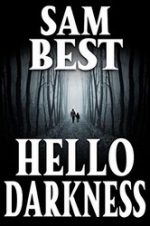 A father must survive a small town showdown with an ancient evil hell-bent on destroying the world.
After the death of his wife, Ben Howard returns to his childhood home in the small town of Falling Rock, Colorado. Along with his four-year-old daughter, he hopes to make a new life for his family, free from the painful memories that still haunt them both.

But old memories never fade. Visions of Ben’s deceased wife follow him to Colorado — and that’s just the beginning. An ancient evil is hunting his daughter from the shadows, watching and waiting for the perfect moment to strike. 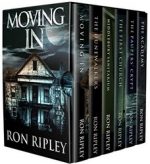 “Iron…and…salt,” whispers the old man. The dead old man. “Hurry or it will be too late…”

In a bid to escape the stresses of city life, Brian Roy moves his family out into the country, a decision that will forever thrust him into the chilling world of ghosts…

Moving In; The Dunewalkers
Middlebury Sanitarium; The First Church
The Paupers’ Crypt; The Academy 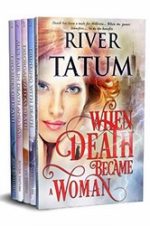 Grim Reapers. Saving lives. Lessons in love. Get the entire Death is a Woman series for one very low price, including the prequel!

When Death Becomes a Woman: For some, it’s a fictitious world. But for Debra Stone, it’s everyday life. After a chance encounter with a man she enjoys throws her down a path she almost can’t believe, she struggles to cope with her newfound purpose. Saving lives. Ushering souls into the afterlife. It can’t be real, right? But the men who catch her in the act are real. And their adoration for her is very real… 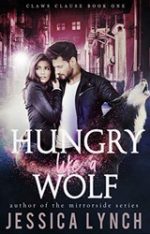 Three years ago, Maddox Wolfe lost his mate. Since there’s nothing more dangerous than a bonded shifter on his own, Ordinance 7304 gave him three choices: voluntary incarceration until he’s no longer deemed a threat; a lobotomy-like procedure that would dissolve his bond; or a state-sanctioned execution so that he could be with his mate again.

And while death held a certain appeal in the hazy days following the tragedy, Maddox had his family and his pack to live for. So, refusing to give up his memories of his sweet Evangeline, he chose to spend the rest of his days in the Cage…