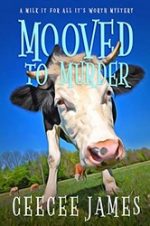 Chelsea Lawson is a ride-or-die friend. When her best friend Tilly asked her to stay at her place to watch her six-year-old daughter and pets for a while, Chelsea didn’t hesitate to say yes. What she didn’t realize was that “Tilly’s place” was a micro-farm and “a few pets” included a cow and two goats as well as a child who was too smart for her own good.

Chelsea was already in over her head before the dead body turned up. 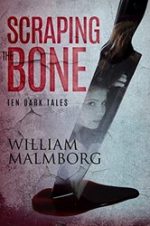 “This is a twisted trip into ten different stories of killers, ghost and spooky stuff. Mr. Malmborg is a fantastic writer in capturing a down to earth feel and understanding” – Reading My Life Away

Enter a world where everyday decisions can lead to unimaginable nightmares, good intentions can have torturous consequences, and digging into the locked-away parts of the mind can uncover horrors that are best left buried. 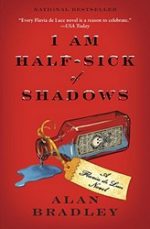 I Am Half-Sick of Shadows
by Alan Bradley
Rating: 4.6 #ad

It’s Christmastime, and Flavia de Luce – an eleven-year-old sleuth with a passion for chemistry – is tucked away in her laboratory, whipping up a concoction to ensnare Saint Nick. But she is soon distracted when a film crew arrives at Buckshaw, the de Luces’ decaying English estate, to shoot a movie starring the famed Phyllis Wyvern. Amid a raging blizzard, the entire village of Bishop’s Lacey gathers at Buckshaw to watch Wyvern perform, yet nobody is prepared for the evening’s shocking conclusion 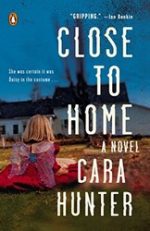 When eight-year-old Daisy Mason vanishes from her family’s Oxford home during a costume party, Detective Inspector Adam Fawley knows that nine times out of ten, the offender is someone close to home. And Daisy’s family is certainly strange—her mother is obsessed with keeping up appearances, while her father is cold and defensive under questioning. And then there’s Daisy’s little brother, so withdrawn and uncommunicative… 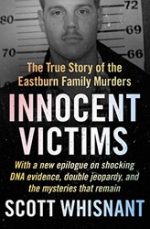 On Mother’s Day, 1985, the bodies of Kathryn Eastburn and her two young daughters were found in their Fayetteville, North Carolina, home. Katie, an air force captain’s wife, had been raped and stabbed to death. Kara and Erin’s throats had been slit. Their toddler sister, Jana, was the only survivor of a bloody killing spree that terrified a community still reeling from the conviction, six years prior, of Dr. Jeffrey MacDonald for the savage slayings of his pregnant wife and two daughters.

The Cumberland County Sheriff’s Department soon focused its investigation on US Army soldier Tim Hennis. Detectives and local prosecutors built their case on circumstantial evidence and a jury convicted Hennis and sentenced him to death.

America is under fire. One by one, simultaneous terror attacks have left the country reeling. The perpetrators are former Special Forces operatives working for ISIS. Jonathan Grave and his team are called to go undercover and eliminate the traitors. No need to collect intel. No need for arrest. Wipe them out – and get out.

The assaults are rehearsals for extreme disaster. A plot codenamed Retribution. One terrorist is willing to talk – for a price. Grave’s only resort is to slip into a dark web where everything can be exposed. Where the rules of engagement do not hold.