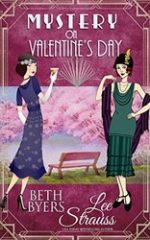 While both Ginger and Violet had plans for a romantic evening of dinner and dancing to celebrate Valentine’s Day with their husbands, something goes terribly awry. One by one, female patrons discover that they are missing jewelry.

In this closed room mystery filled with a brigade of colorful characters, Violet and Ginger join forces to put their skills of deduction to work. Can they unveil the culprit and solve the mystery in time for dessert? Don’t miss this delectable bite-sized tale. Pairs perfectly with a box of chocolate and a comfy chair! 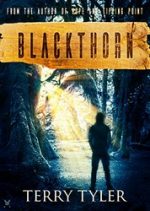 The UK, year 2139. One hundred and fifteen years ago, a mysterious virus wiped out ninety-five per cent of humanity.

Blackthorn, the largest settlement in England, rose from the ashes of the devastated old world. It is a troubled city, where the workers live in crude shacks, and make do with the worst of everything.

It is a city of violent divisions, crime, and an over-populated jail block, until a charismatic traveller has a miraculous vision, and promises to bring hope back to the people’s lives. Blackthorn falls under Ryder Swift’s spell, and the most devoted of all is the governor’s loyal servant, Lieutenant August Hemsley. 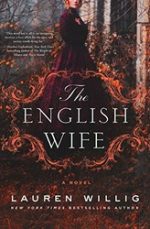 Annabelle and Bayard Van Duyvil live a charmed life in New York: he’s the scion of an old Knickerbocker family, she grew up in a Tudor manor in England, they had a whirlwind romance in London, they have three year old twins on whom they dote, and he’s recreated her family home on the banks of the Hudson and renamed it Illyria. Yes, there are rumors that she’s having an affair with the architect, but rumors are rumors and people will gossip. But then Bayard is found dead with a knife in his chest on the night of their Twelfth Night Ball, Annabelle goes missing, presumed drowned, and the papers go mad. 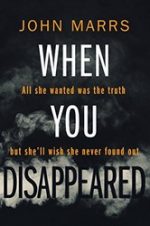 When You Disappeared
by John Marrs
Rating: 4.2 #ad

All she wanted was the truth, but she’ll wish she never found out. When Catherine wakes up alone one morning, she thinks her husband has gone for a run before work. But Simon never makes it to the office. His running shoes are by the front door. Nothing is missing – except him.

But Simon knows the truth—about why he left and what he’s done. He knows things about his marriage that it would kill Catherine to find out. The memories she holds onto are lies. 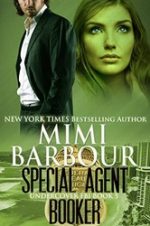 Suspense lights up in every page of this fast-paced blockbuster of thrills!

When Sloan Booker’s father dies tragically, he has no other option but to give up his job as an FBI agent and take over his family’s vehicle restoration business in Oahu, Hawaii. Giving up his badge is difficult but having Homeland Security and his old boss request the use of his house in a stakeout, spying on his Muslim neighbors who they suspect are terrorists, is just too damn much for a man already frazzled. It makes no difference that they’ve offered him a partner to be in charge of the surveillance… until he meets the gorgeous divorcee.

Edgar Award-winner Harlan Coben brings us his most astonishing—and deeply personal—novel yet. And it all begins when Myron Bolitar’s ex tells him he’s a father . . . of a dying thirteen-year-old boy.

Myron never saw it coming. A surprise visit from an ex-girlfriend is unsettling enough. But Emily Downing’s news brings him to his knees. Her son Jeremy is dying and needs a bone-marrow transplant—from a donor who has vanished without a trace. Then comes the real shocker: The boy is Myron’s son, conceived the night before her wedding to another man. 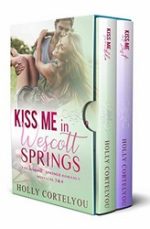 Escape with two enticing tales of love. Sometimes opposites do attract and just need a second chance love…courtesy of a raspberry puff pastry and an unexpected discovery. And then again, maybe all it takes is a little wine, truffles and a remodel to turn enemies into lovers!
Welcome back to Wescott Springs where it’s always a sweet and sexy romp to love!

KISS ME, TROUBLE
KISS ME AT LAST