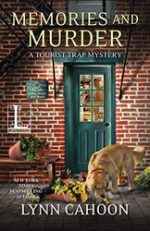 When Jill hosts a talk at Coffee, Books, and More on the topic of elder abuse, all that’s really on her mind is lunch. But the topic hits close to home when she discovers Aunt Jackie has been getting mysterious calls. Jill’s certain the caller is a con artist, of course, but her feisty aunt claims to understand this, though she’s still shaken—and Harrold’s still heartbroken. Who’s behind the scam and why was her aunt targeted?

Check out:
(A Tourist Trap Mysteries) 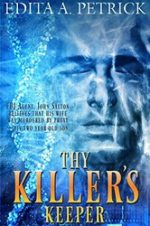 Thy Killer’s Keeper
by Edita A. Petrick
Rating: 4.3 #ad

…what remains, no matter how improbable must be the truth

A horrific murder has taken place in upstate California. Emily Waters, a local teacher, has been bound in duct tape–leaving only her eyes exposed–and crushed to death under the wheels of a semi-trailer heading down the Eureka freeway. The local police can’t even guess at a suspect in a murder as brutal and bizarre as this. The San Francisco field office of the FBI sends two of their agents to investigate the Eureka murder. Special Agent John Salton is just as good at hiding dark secrets as he is at making himself appear as an ordinary, everyday person. 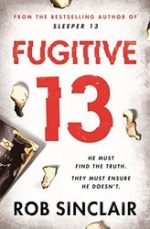 Hunted not only by the world’s intelligence agencies, but also by the elite brotherhood of insurgents he betrayed, he has lived the past year like a ghost. Until now.

MI6 agent Rachel Cox knows Aydin better than anyone. The only person who believes he is an ally in the ongoing war on terror, not the enemy. So when a coded message arrives from him, warning her not to trust her own colleagues, Rachel must choose between her career and the truth.

My name is Amber Reynolds. There are three things you should know about me: 1. I’m in a coma. 2. My husband doesn’t love me anymore. 3. Sometimes I lie.

Amber wakes up in a hospital. She can’t move. She can’t speak. She can’t open her eyes. She can hear everyone around her, but they have no idea. Amber doesn’t remember what happened, but she has a suspicion her husband had something to do with it. Alternating between her paralyzed present, the week before her accident, and a series of childhood diaries from twenty years ago, this brilliant psychological thriller asks: Is something really a lie if you believe it’s the truth? 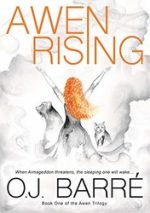 For ages, Earth’s defense has secretly fallen to the druids. Now it’s 2042 and evil reptilian aliens plot to destroy humanity and seize the planet. Without their priestess Awen, the druids hold little hope for Earth.

In a Venice Beach hideout, everything is going wrong for Emily. She’s lost her fiancé, her nerve, and her job as a disaster specialist. Now an omnisexual witch-turned-evangelist is on her trail. She needs a new identity and somewhere to run. 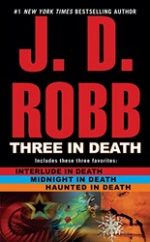 #1 New York Times bestselling author J. D. Robb delivers a potent combination of futuristic suspense, thrills, and passion in these three favorite In Death stories—together in one volume for the first time.

INTERLUDE IN DEATH
MIDNIGHT IN DEATH
HAUNTED IN DEATH 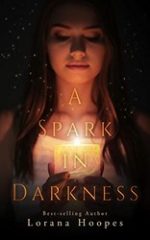 A Spark in Darkness
by Lorana Hoopes
Rating: 4.7 #ad

Kat Jameson has just been told her job is to reach Raven Ryder, the one woman who seems to hate her. Can she convince the girl of her importance before it’s too late?

Jordan Wright thought her place was with Kat, but when she begins having visions of a baby, will it send her home to see the son she gave up for adoption?

Raven Ryder’s past has been anything but pretty. She has no time for God or Kat’s nonsense, but when she begins having vivid nightmares and seeing black shapes, will she admit she needs the girl’s help after all. 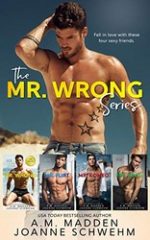 The Mr. Wrong Series takes you on an amusing journey with four friends who find their matches in uniquely hilarious situations. Get ready to laugh, swoon, and maybe even wipe a tear when you meet four sexy troublemakers in these stand-alone novels.