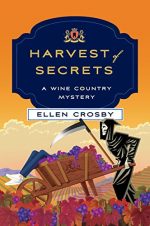 The search for the killer of an aristocratic French winemaker who was Lucie Montgomery’s first crush and the discovery of dark family secrets put Lucie on a collision course with a murderer.

It’s harvest season at Montgomery Estate Vineyard – the busiest time of year for winemakers in Atoka, Virginia. A skull is unearthed near Lucie Montgomery’s family cemetery, and the discovery of the bones coincides with the arrival of handsome, wealthy aristocrat Jean-Claude de Marignac. He’s come to be the head winemaker at neighboring La Vigne Cellars, but he’s no stranger to Lucie – he was her first crush twenty years ago when she spent a summer in France. 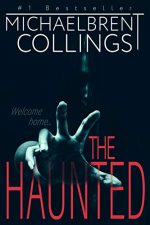 A #1 Kindle Horror Bestseller. They have the beginnings of a perfect family. A husband, a wife, a baby on the way.

“I had to step away from the book a moment and walk around going, ‘wow … damn … oh wow.'” – The Horror Fiction Review

But something will stop them from being happy as they move into their new house: the power of the undead that roam the halls of their home. 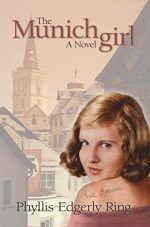 Anna Dahlberg grew up eating dinner under her father’s war-trophy portrait of Eva Braun.
Fifty years after the war, she discovers what he never did—that her mother and Hitler’s mistress were friends.

Plunged into the world of the “ordinary” Munich girl who was her mother’s confidante—and a tyrant’s lover—Anna finds her every belief about right and wrong challenged. With Hannes’s help, she retraces the path of two women who met as teenagers, shared a friendship that spanned the years that Eva Braun was Hitler’s mistress, yet never knew that the men they loved had opposing ambitions. 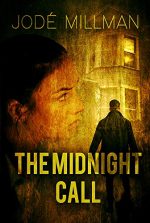 Who would ever suspect that their mentor, teacher, and friend is a cold-blooded killer?

Attorney Jessie Martin didn’t – at least not until she answers the midnight call. Late one August night, Jessie’s lifelong mentor and friend – and presently a popular, charismatic, and handsome high school teacher – Terrence Butterfield calls. He utters a startling admission: he’s killed someone. He pleads for Jessie’s help, so out of loyalty she rushes to his aid completely unaware that she’s risking her relationship, her career, and her life – and that of her unborn child – to help Terrence.

Does Jessie’s presence at Terrence’s home implicate her in the gruesome murder of the teenage boy found in the basement? Why does Terrence betray Jessie when he has a chance to exonerate her of any charges? Has he been a monster in disguise for all these years? 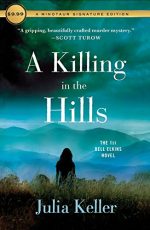 A Killing in the Hills
by Julia Keller
Rating: 4.2 #ad

In A Killing in the Hills, a powerful, intricate debut from Pulitzer Prize-winning journalist Julia Keller, a mother and a daughter try to do right by a town and each other before it’s too late.

What’s happening in Acker’s Gap, West Virginia? Three elderly men are gunned down over their coffee at a local diner, and seemingly half the town is there to witness the act. Still, it happened so fast, and no one seems to have gotten a good look at the shooter. Was it random? Was it connected to the spate of drug violence plaguing poor areas of the country just like Acker’s Gap? Or were Dean Streeter, Shorty McClurg, and Lee Rader targeted somehow? 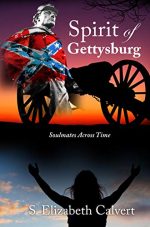 Washington, D.C. psychic to the powerful elites headstrong, vulnerable Maureen McAlister flees a contemporary, shattered life into the ghostly, loving arms of Confederate soldier Major Clayton Fontaine Douglas, her former husband and one-true-soulmate. He is the only man she loves and trusts. Clayton, an unrepentant Rebel and proud, brave officer in General Robert E Lee’s Army of Northern Virginia, is now a ghost stuck in time in her inherited Gettysburg, Pennsylvania estate. He is furious at God for the loss of his Country and her. He is dying again because of her. Once more she must try to save him, change his fate and rewrite karma…