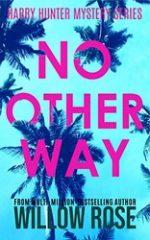 Shocking evidence hits close to home for Miami PD’s Detective Harry Hunter as Willow Rose’s bestselling series continues. Three women went on a road trip to Key West. Only two returned. When asked what happened, their stories don’t completely match. Who is telling the truth? What are they hiding?

Detective Harry Hunter of the Miami PD is in church on a peaceful Sunday morning when a young teenager pulls out a gun and shoots his own father.

Once the shock is gone, Harry starts to ask himself the question no one else seems to care about: What makes a young boy want to kill his own father? 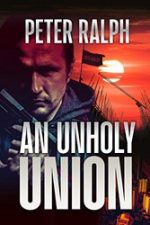 Endless twists and turns will have you gripping the edge of your seat.

The mob is snapping at his heels, and he has no choice but to run for it. With his wife and baby, he heads to Australia’s Gold Coast, where he gets a lucky break, and help to start his own building business. Within a few years, young Luke is a millionaire, but the lawless and violent Builders Laborers and Mining Union (BLMU) wants its cut, and there’s nothing it won’t do to get it. 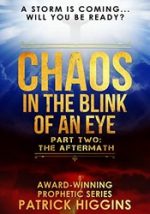 Chaos In The Blink Of An Eye Part Two: The Aftermath
by Patrick Higgins
Rating: 4.6 #ad

On a cold, blustery, snowy Saturday in late November, more than 111,000 people were crammed inside Michigan Stadium, in Ann Arbor, Michigan, to watch the Michigan Wolverines play the Ohio State Buckeyes. It was a heated college football rivalry that had spanned more than a century.

Check out:
(Chaos In The Blink Of An Eye Series) 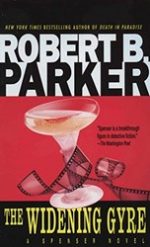 The Widening Gyre
by Robert B. Parker
Rating: 4.5 #ad

The adoring wife of a senatorial candidate has a smile as sweet as candy and dots her “i’s” with little hearts. A blond beauty, she is the perfect mate for an ambitious politician, but she has a little problem with sex and drugs–a problem someone has managed to put on videotape.

The big boys figure a little blackmail will put her husband out of the race. Until Spenser hops on the candidate’s bandwagon. 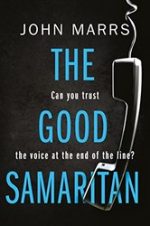 An ITW Thriller Award finalist. She’s a friendly voice on the phone. But can you trust her?

The people who call End of the Line need hope. They need reassurance that life is worth living. But some are unlucky enough to get through to Laura. Laura doesn’t want them to hope. She wants them to die.

Laura hasn’t had it easy: she’s survived sickness and a difficult marriage only to find herself heading for forty, unsettled and angry. She doesn’t love talking to people worse off than she is. She craves it. 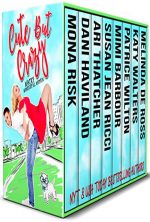 Enjoy EIGHT side-splitting tales of love and screw-ups from this international slate of USA Today and NY Times Bestselling Authors.

Undeterred by misadventures and challenges, these strong-willed ladies take life and love by the ears, embracing the men they have chosen through good times and bad. Furious ex-wives – ghosts and angels with their own agendas – the challenges of PTSD and imaginary friends – even Cupid, chickens, and a bumper crop of marijuana won’t get in the way of true love for these wacky, wonderful women. You can call them cute. Just don’t call them crazy.

They are called “The Sleeping Women.” A series of unsettling paintings in which the nude female subjects appear to be not asleep, but dead. Photojournalist Jordan Glass has another reason to find the paintings disturbing…The face on one of the nudes is her own—or perhaps the face of her twin sister, who disappeared and is still missing. At the urging of the FBI, Jordan becomes both hunter and hunted in a search for the anonymous artist—an obsessed killer who seems to know more about Jordan and her family than she is prepared to face…