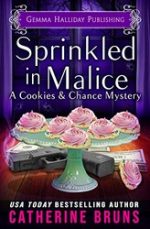 Spring has officially arrived, and while the weather outside may still be frightful, Sally Muccio is feeling especially delightful as she prepares a homemade family dinner in honor of her husband’s birthday. Sal’s determined to make it an unforgettable night for Mike and even includes homemade fortune cookies like the ones her bakery serves, with messages personalized for each guest.

The evening is memorable, but not as Sal had hoped, when Mike and a family friend find themselves in the middle of an armed robbery…and only one will make it out alive. 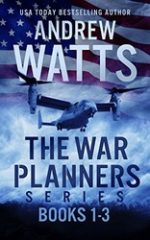 “Frighteningly real.” “I honestly don’t remember a storyline that has so completely captured me in this genre before…”

From a secretive jungle-covered island in the Pacific, to the sands of the Middle East. From the smog-filled alleyways of China, to the passageways of a US Navy destroyer. The War Planners series follows an elite group of the military and intelligence personnel as they uncover a Chinese plot to begin the next world war, and attack America. 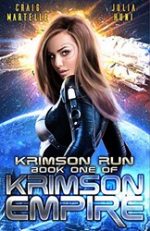 The Federation will make you pay for your crimes, even the fake ones.

Tony, a spy from a rival star system who is the scion of a galactic crime family. Quinn, falsely accused former military betrayed by her husband. A conspiracy that intertwines their lives.

Where did the government go wrong? When they separated Quinn from her kids. She vowed to do whatever it would take to find them and rescue them. They should have let her. Instead, they made her fight. Now Quinn and Tony will make the Federation wish it had taken the easy option.

Check out:
(Krimson Spark: A Galactic Race for Justice) 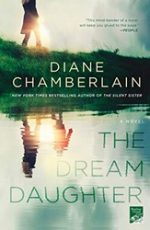 When Carly Sears, a young woman widowed by the Vietnam war, receives the news that her unborn baby girl has a heart defect, she is devastated. It is 1970, and she is told that nothing can be done to help her child. But her brother-in-law, a physicist with a mysterious past, tells her that perhaps there is a way to save her baby. What he suggests is something that will shatter every preconceived notion that Carly has. Something that will require a kind of strength and courage she never knew existed. Something that will mean an unimaginable leap of faith on Carly’s part. 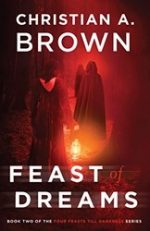 Feast of Dreams
by Christian A. Brown
Rating: 4.5 #ad

As two queens plot each other’s destruction, a small band of adventurers continues its quest for the knowledge needed to defeat the mad King Brutus and his unearthly parasite, the Black Queen. Their search brings Morigan and the Wolf to the perilous forests of Alabion, where they and their companions will face the darkness of their pasts–and discover equally dark destinies.

Meanwhile, far from Alabion, the queens of the East and West continue their deadly dance. One seeks a relic of great power, while the other puts her faith in a mix of military and technomagikal force.

Check out:
(Four Feasts Till Darkness) 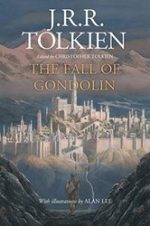 The Fall of Gondolin
by Multiple Authors
Rating: 4.5 #ad

Central to this enmity of the gods is the city of Gondolin, beautiful but undiscoverable. It was built and peopled by Noldorin Elves who, when they dwelt in Valinor, the land of the gods, rebelled against their rule and fled to Middle-earth. Turgon King of Gondolin is hated and feared above all his enemies by Morgoth, who seeks in vain to discover the marvellously hidden city, while the gods in Valinor in heated debate largely refuse to intervene in support of Ulmo’s desires and designs. 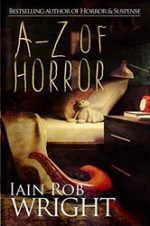 For the first time ever, get all 26 fiendish tales from bestselling series, A-Z of Horror, by Iain Rob Wright. From neighborhood yetis to military robots, this terrifying collection has it all and will leave you sleeping with the lights on!

“IRW is my favourite indie horror writer and I have enjoyed many of his books, including the excellent Seasick, Housemates, Final Winter and Tar amongst others. The A-Z of horror is a collection of short horror stories. I loved all of them, some more than others. My favs were P U and M, but they are all good; rivetting and disturbing in equal measure. Most entertaining as always.” by Amazon Customer