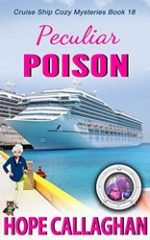 New release from Hope Callaghan. When a crew member is mysteriously poisoned onboard the “Siren of the Seas,” Millie fights to clear her name after becoming a suspect.

As the Siren of the Seas continues their British Isles cruise season, Millie can’t wait for her first ever visit to a castle – and Blarney Castle at that. She and Amit plan to visit the castle to pick up some hawthorn berries for Annette, hoping they’ll help her friend’s heart condition.

Unfortunately, all of the tours are booked and taxis nearly impossible to get by the time they are able to get off the ship. Sophia reaches out to a friend who agrees to take them to the castle. Little do they know, it’s going to be one wild ride! BONUS: Recipe Included!

R Is For Ricochet
by Sue Grafton
Rating: 4.5 #ad

Reba Lafferty was a daughter of privilege, the only child of an adoring father. Nord Lafferty was already in his fifties when Reba was born, and he could deny her nothing. Over the years, he quietly settled her many scrapes with the law, but wasn’t there for her when she was convicted of embezzlement and sent to the California Institution for Women. Now, at thirty-two, she’s about to be paroled, having served twenty-two months of a four-year sentence. Her father wants to be sure Reba stays straight, stays home and away from the drugs, the booze, and the gamblers…

Check out:
(A Kinsey Millhone Mysteries) 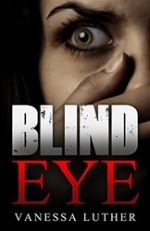 After enduring years of infidelity and a painful divorce, Rachel Davis has finally reclaimed her life. Gorgeous, intelligent and now with a tenacity to survive whatever life throws at her, Rachel feels better than she has in a long time. With two wonderful children, a successful career and a newfound strength, life is good.

At least until she gets involved with Eric Sinclair, a handsome but mysterious colleague in the throes of a nasty divorce. What starts off as a harmless friendship catapults into a sensuous affair filled with sex, lies and murder. 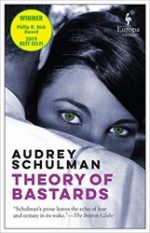 In a world where coastal cities flood, dust storms plague the Midwest, and implants connect humans directly to the Web, Dr. Francine Burk has broken new ground in the study of primate sexuality. While in recovery from a long-needed surgery – paid for with a portion of her McArthur “genius” award money – Frankie is offered placement at a prestigious research institute where she can verify her subversive scientific discovery: her Theory of Bastards.

Leaving Manhattan for a research campus outside Kansas City, Frankie finds that the bonobos she’s studying are complex, with distinct personalities… 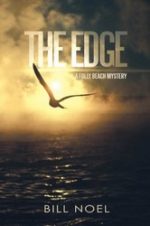 After Chris Landrum survives the first hurricane to hit Folly Beach, South Carolina, during this century, he breathes what he is about to discover to be an overly optimistic sigh of relief. When the body of his acquaintance Lester Patterson is discovered with an arrow plunged straight through his heartChriss formerly peaceful retirement on the tiny barrier island suddenly goes from bad to worse.

With the help of his remaining quirky acquaintances, Chris launches a relentless mission to stop an imperfect murderer who has already made one critical error in judgment.

Check out:
(A Folly Beach Mysteries) 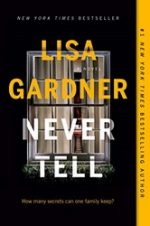 A man is dead, shot three times in his home office. But his computer has been shot twelve times, and when the cops arrive, his pregnant wife is holding the gun.

D.D. Warren arrives on the scene and recognizes the woman – Evie Carter – from a case many years back. Evie’s father was killed in a shooting that was ruled an accident. But for D.D., two coincidental murders is too many. Flora Dane sees the murder of Conrad Carter on the TV news and immediately knows his face. She remembers a night when she was still a victim – a hostage – and her captor knew this man. 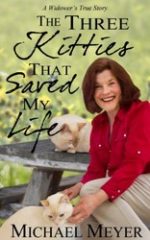 The Three Kitties That Saved My Life
by Michael Meyer
Rating: 4.2 #ad

WINNER of the 2018 Stephen Memorial Award . FINALIST for the 2014 RONE AWARD . A True Romance Memoir

“This is like drinking tea and honey on a cold day.” When tragedy struck, I thought for sure that my own life was at an end. I was wrong. This is the true story of how two stray rescue cats and a woman named Kitty, whom I finally met after a wild ride of internet dating, brought love, romance, and laughter back into my life.

Love was then. Love is now.  Love is forever.