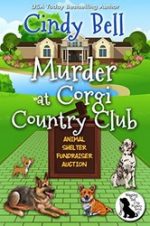 Nikki Green loves volunteering at the local animal shelter. When the shelter is in dire need of funds, she is on a mission to do everything she can to ensure the doors are kept open, and the pets are taken care of. Luckily, her good friend Sonia Whitter has just the solution. A charity auction at the local country club.

But the auction comes to a grinding halt when an acquaintance of Sonia’s is murdered. Nikki and Sonia put on their detective hats and decide to help the investigation along. But Nikki’s hunky boyfriend, Detective Quinn Grant, would prefer they stop sniffing around. 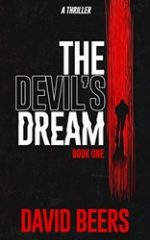 You can’t cage evil. You have to kill it. FBI Agent Allison Moore is a rising star. Smart, fast, and great with a gun—her future is bright…So they call her with a name no one wants to hear: Matthew Brand.

His past is legend. An unrivaled genius, Brand was remaking the world in both science and medicine…Before he turned dark: freakish experiments with living bodies. Trying to play God.

The media nicknamed him the Devil and his reign of terror swept the nation. Given no choice, the FBI swarmed Brand before more died. The country breathed a sigh of relief when they finally caged his insanity. 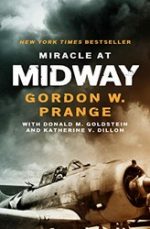 Six months after Pearl Harbor, the seemingly invincible Imperial Japanese Navy prepared a decisive blow against the United States. After sweeping through Asia and the South Pacific, Japan’s military targeted the tiny atoll of Midway, an ideal launching pad for the invasion of Hawaii and beyond.

But the US Navy would be waiting for them. Thanks to cutting-edge code-breaking technology, tactical daring, and a significant stroke of luck, the Americans under Adm. Chester W. Nimitz dealt Japan’s navy its first major defeat in the war. Three years of hard fighting remained, but it was at Midway that the tide turned. 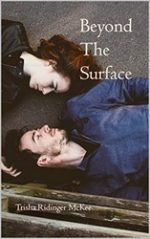 Beyond The Surface
by Trisha Ridinger McKee
Rating: 5.0

Ella is a middle-aged woman with a stagnant career, an exasperated teenage daughter, and a husband that has left to make a new life with another woman. Her first attempt at dating is a disaster, and in an attempt to refocus her life and rediscover her joy, Ella goes fishing. It is here that she meets Dennis, the older, captivating man that ends up saving her life and stealing her heart.

But Dennis has a history, and Ella might just be in for the biggest heartbreak of her life if she can not get her emotions under control and face the demons from her own past. 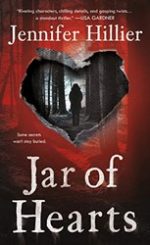 This is the story of three best friends: one who was murdered, one who went to prison, and one who’s been searching for the truth all these years . . .

When she was sixteen years old, Angela Wong—one of the most popular girls in school—disappeared without a trace. Nobody ever suspected that her best friend, Georgina Shaw, now an executive and rising star at her Seattle pharmaceutical company, was involved in any way. Certainly not Kaiser Brody, who was close with both girls back in high school. 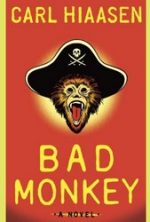 Andrew Yancy—late of the Miami Police and soon-to-be-late of the Monroe County sheriff’s office—has a human arm in his freezer. There’s a logical (Hiaasenian) explanation for that, but not for how and why it parted from its shadowy owner. Yancy thinks the boating-accident/shark-luncheon explanation is full of holes, and if he can prove murder, the sheriff might rescue him from his grisly Health Inspector gig (it’s not called the roach patrol for nothing). But first—this being Hiaasen country—Yancy must negotiate an obstacle course of wildly unpredictable events with a crew of even more wildly unpredictable characters, including his just-ex lover, a hot-blooded fugitive from Kansas… 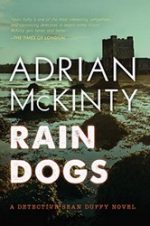 Rain Dogs, a stunning installment in the Sean Duffy thriller series, following the Edgar Award-nominated Gun Street Girl, is “another standout in a superior series” (Booklist).

It’s just the same things over and again for Sean Duffy: riot duty, heartbreak, cases he can solve but never get to court. But what detective gets two locked-room mysteries in one career?

When journalist Lily Bigelow is found dead in the courtyard of Carrickfergus Castle, it looks like a suicide. Yet there are a few things that bother Duffy just enough to keep the case file open, which is how he finds out that Bigelow was working on a devastating investigation of corruption and abuse at the highest levels of power in the UK and beyond.

Check out:
(The Sean Duffy Mysteries) 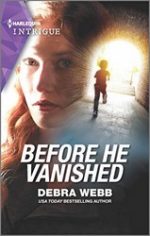 Before He Vanished
by Debra Webb
Rating: 4.7 #ad

His disappearance changed her life forever.

Twenty-five years ago, Halle Lane’s best friend vanished from their Tennessee town. When a childhood photo brings Liam Hart to Winchester, Halle is certain the man is the same child who vanished. Now Liam seeks out Halle to help him investigate the circumstances of his mysterious past. Can Liam and Halle uncover the truth before a killer buries all traces of the boy Halle loved—and the man he may have become—forever?

Check out:
(A Winchester, Tennessee Thriller)