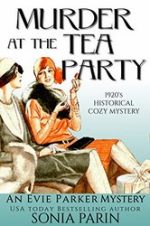 Murder at the Tea Party
by Sonia Parin
Rating: 4.4 #ad

Evangeline ‘Evie’ Parker, Countess of Woodridge, has trekked out to her country estate, Halton House. It’s time to pick up the reins and re-establish herself in the district. No easy task when one of her afternoon tea guests is poisoned. Is it a coincidence when another guest is found dead from poison?

Scotland Yard steps in. While Evie trusts they will find the killer, she takes exception when the finger of suspicion is pointed at her.

Check out:
(An Evie Parker Mysteries) 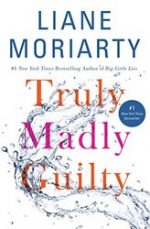 Sam and Clementine have a wonderful, albeit, busy life: they have two little girls, Sam has just started a new dream job and Clementine, a cellist, is busy preparing for the audition of a lifetime. If there’s anything they can count on, it’s each other.

Clementine and Erika are each other’s oldest friends. A single look between them can convey an entire conversation. But theirs is a complicated relationship, so when Erika mentions a last minute invitation to a barbecue with her neighbors, Tiffany and Vid, Clementine and Sam don’t hesitate. Having Tiffany and Vid’s larger than life personalities there will be a welcome respite. 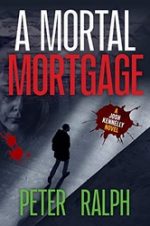 In this gripping standalone thriller, returned war hero Josh Kennelly must take on the mob after 62yo property entrepreneur Jack Tyson is murdered and his wife Stella is charged.

Borrowing via a reverse mortgage shouldn’t be mortal! Had Jack had a crystal ball, he would never have borrowed and would have been more careful in his choice of partners. A wall of silence in the small town where Stella lives threatens to convict her. Only Josh stands between her and thirty years in prison… 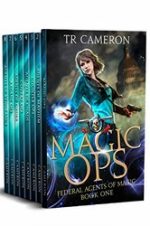 Get your copy of the ENTIRE Federal Agents of Magic series for one low price all in one GIANT boxed set!

Discover why reviewers say they LOVED this series and were all anxious for the next book to come out!

FBI Agent Diana Sheen is an agent with a secret… …she carries a badge and a troll, along with a little magic.

But her Most Wanted List is going to take a little extra effort. She’ll have to embrace her powers and up her game to take down new threats, Not to mention deal with the troll that’s adopted her. 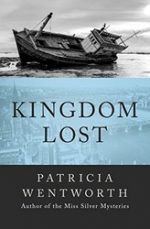 A woman shipwrecked on a desert island, and believed dead for two decades, returns to civilization—as heiress to an enormous fortune

Austin Muir has just landed on a seemingly uninhabited South Seas island when he meets a remarkable young woman. Valentine claims to have lived there for twenty years. She has no memory of the shipwreck of the Avronia because she was just a baby at the time. All she knows is that she was rescued and raised by Edward Bowden, the only other survivor. Valentine has no knowledge of the Great War, let alone the world beyond her remote desert island. 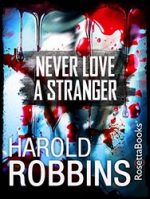 Never Love a Stranger, still considered one of Robbins’ most powerful books, tells the story of Francis “Frankie” Kane, an orphan growing up in the dirty world of New York’s Hell’s Kitchen. After being kicked out of a Catholic orphanage when it is discovered that he is of Jewish descent, a confused and deeply distraught Frankie turns to a life of crime, the only life he knows, and he’s good at it. Frankie quickly makes a name for himself and becomes one of New York’s most dangerous men, ruling the city with an iron fist and indulging in his passion for sex, power and the best things life has to offer—regardless of whether they’re for sale. But Frankie’s childhood friend, Jerry, grows to become an ambitious, tough-as-nails district attorney—determined to bring Frankie down. 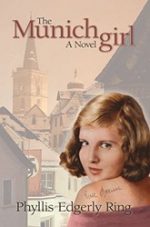 Anna Dahlberg grew up eating dinner under her father’s war-trophy portrait of Eva Braun. Fifty years after the war, she discovers what he never did–that her mother and Hitler’s mistress were friends. The secret surfaces with a mysterious monogrammed handkerchief, and a man, Hannes Ritter, whose Third Reich family history is entwined with Anna’s.

Plunged into the world of the “ordinary” Munich girl who was her mother’s confidante–and a tyrant’s lover–Anna finds her every belief about right and wrong challenged. With Hannes’s help, she retraces the path of two women who met as teenagers… #ad 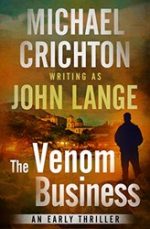 Charles Raynaud feels at home in the jungle. A snake trapper, he makes a tidy profit selling poisonous creatures to the zoos of Europe, but it isn’t just the snake trade that pays his bills. Raynaud is the finest artifact smuggler the world has ever known, and his particular talents are about to be put to the test.

Between jobs in Paris, Raynaud meets an old drinking buddy. One of London’s wealthiest, nastiest men, Richard Pierce has eyes on his late father’s fortune and wants Raynaud to act as his bodyguard until he acquires it. But after the first attempts on Pierce’s life, Raynaud begins to smell a rat. Has he been hired as a bodyguard, or a target? 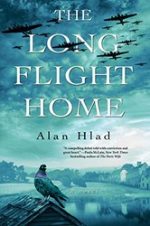 It is September 1940 – a year into the war – and as German bombs fall on Britain, fears grow of an impending invasion. Enemy fighter planes blacken the sky around the Epping Forest home of Susan Shepherd and her grandfather, Bertie. After losing her parents to influenza as a child, Susan found comfort in raising homing pigeons with Bertie. All her birds are extraordinary to Susan – loyal, intelligent, beautiful – but none more so than Duchess. Hatched from an egg that Susan incubated in a bowl under her grandfather’s desk lamp, Duchess shares a special bond with Susan and an unusual curiosity about the human world. 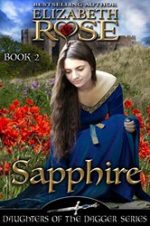 Sapphire has been betrothed to Lord Roe Sexton, a man she’s never met. But when she goes to Rye to meet him, she’s told he’s dead. Instead, she’s married off to the evil baron. Sapphire sneaks out in disguise not only to get away from her abusive husband, but also to find the meaning of true love. With the stable boy as her escort, she visits a tavern one night.

Lord Roe Sexton returns from war overseas after being away for over a year. Victorious and celebrating their success, he stops with the soldiers at a tavern looking for a drink and a woman for the night…

Check out:
(Daughters of the Dagger)