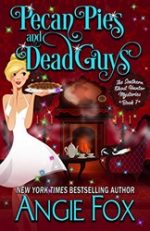 Sometimes Verity Long would like to forget that she lives with the ghost of a 1920s gangster. But the reluctant housemates must once again work together when a dead detective blackmails Frankie into helping him solve a Great Gatsby-era cold case. Before she can say “bathtub gin,” Verity is dragged straight into a raging, otherworldly house party. Worse, every guest is hiding something.

Meanwhile, Ellis Wydell, Verity’s living, breathing boyfriend needs Verity’s help with a police case of his own. After a dead body is discovered near the pecan orchard, Verity gives her insights, thinking her job is done. But when mysterious pecan pies start arriving at her house, she wonders who might be thanking her…or stalking her. 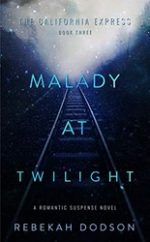 It’s time for them to answer the ultimate question: is one life worth the cost of millions?

CIA and CDC team Jesse and Maggie Cabot are back – this time to obtain and deliver the vaccine to ARVID-17, the super flu sweeping the country and killing people in the millions.

The mission directive was supposed to be simple: get to Portland, retrieve the world’s last vaccine, and deliver to the CDC in San Francisco. But when their train derails and they are left stranded in the Oregon forest, it’s up to Jesse and Maggie to find their own way south; but will their fragile marriage even survive this? 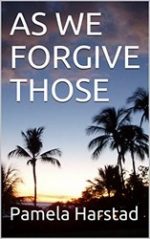 AS WE FORGIVE THOSE
by Pamela Harstad
Rating: 5.0 #ad

Ava Fraser’s life is stripped away. As a business manager, she hopes to rise up and create a better future, but fears and her past plague her. A widower, tragedy is no stranger to cruise line owner Tony Andrews, as he continues a search for someone close to his heart.

From Venice, Italy to the Florida coast, Tony and Ava are drawn together through serving others affected from human trafficking and those abused in the crisis centers he founded. But Ava must decide if she can give up the secure life she has rebuilt, or risk it to follow another path, as traumatic crises affect their lives and threaten their relationship. 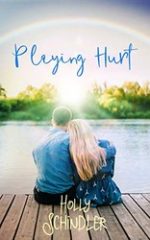 It’s hard to get back in the game – of life or love – when you’re still playing hurt.

Once, she was a small-town celebrity. One of the most talented high school basketball players her hometown had ever seen. Bound for something far bigger beyond the city limits of Fair Grove, Missouri. But Chelsea’s world changed when an accident on the court ended her days as an athlete. She struggles with the idea of no longer being a star—and has no real idea what life might hold for her next.

Once, he was a small-town celebrity. One of the most talented hockey players his hometown had ever seen. Bound for something far bigger beyond the city limits of Baudette, Minnesota. 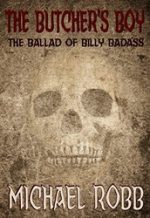 Thirty-one years ago, Buxly the Butcher went to trial for killing his entire family. Now Janet, a newly divorced nurse, has unknowingly purchased the place where it all took place.

What happens when her eleven year old son and their overprotective Rottweiler learn that the place is haunted by the victims of that grisly act? Can young Michael fight through the madness and terror to figure out what really happened so long ago? If he does, maybe the tormented souls can be put to rest. If he fails, he just might become one of them. With only the help of his babysitter, a burned out house painter, and his dog, Lucy Fur, Michael is about to try. The problem is, not everyone is who they seem, even the dead. 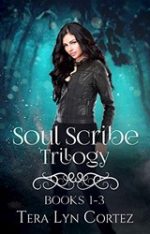 Magic won’t continue to exist for long… not without Everleigh’s help. There was no magic where Everleigh grew up, none other than her own.

Her abilities made her think that she was an anomaly, a freak of nature who should hide away from the world, when she wanted nothing more than to find her place in it.

After the death of her parents she became truly isolated, until she found her way to new friendships and more family than she’d ever hoped to have. Unfortunately, there was little time to enjoy it when her newfound happiness was threatened by an attack from the Dark Mage. 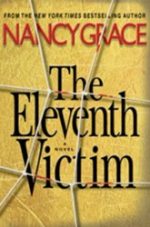 As a young psychology student, Hailey Dean’s world explodes when Will, her fiancé, is murdered just weeks before their wedding. Reeling, she fights back the only way she knows how: In court, prosecuting violent crime…putting away the bad guys one rapist, doper, and killer at a time.

But dedicating her life to justice takes a toll after years of trials and the endless tide of victims calling out from crime scene photos and autopsy tables. Just as she grows truly weary, a serial killer unlike any other she’s encountered begins to stalk the city of Atlanta, targeting young prostitutes, each horrific murder bearing his own unique mark. This courtroom battle will be her last.