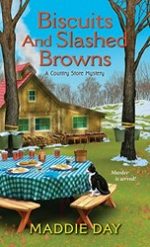 As Robbie arranges a breakfast-themed cook-off at Pans ‘N Pancakes, visitors pour into Brown County for the annual maple extravaganza. Unfortunately, that includes Professor Connolly, a know-it-all academic from Boston who makes enemies everywhere he goes—and this time, bad manners prove deadly. Soon after clashing with several scientists at a maple tree panel, the professor is found dead outside a sugar shack, stabbed to death by a local restaurateur’s knife. 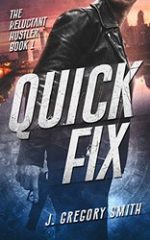 Military contractor Kyle Logan’s luck has gone from bad to worse ever since he returned home to Philadelphia following an injury by an IED in Iraq. First, his marriage crumbles, then his career after he’s pushed to the brink and assaults his wife’s lover, who is also her divorce attorney.

When Kyle’s shady best friend turns up and offers him a “once in a lifetime” chance to regain his job and his life, all for just a couple night’s work, Kyle figures he’s got nothing to lose. The police, Philly Irish Mob and a couple of drug cartels all think otherwise. 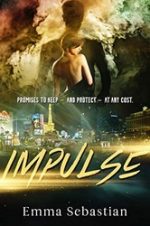 An eight-year heartache. An eye-opening reunion. Promises to keep – and protect – at any cost.

From the outside, Jacquie Glenayre seems to have it all. A beautiful and brilliant woman with a successful career in corporate law, nobody could suspect that she harbors a painful secret past filled with tragedy, loss, betrayal, and heartbreak.

When a hunt for her truant sister in the heart of Las Vegas—the original Sin City—in an attempt to fulfill her dying parents’ final wish turns into night of passion spent with Ben, the brother of the heir to the Riddley fortune, Harvard student Jacquie wants to put it all behind her. But things take a turn when she falls pregnant, and decides to give up her academic aspirations to raise her son Josh. 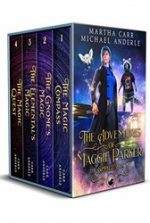 Grab the entire boxed set of The Adventures of Maggie Parker today! If smart phones and GPS rule the world – why am I hunting a magic compass to save the planet?

Austin Detective Maggie Parker has seen some weird things in her day, but finding a surly gnome rooting through her garage beats all. Her world is about to be turned upside down in a frantic search for 4 Elementals.

Not 3, not 5…but 4. Why is it always 4? Each one has an artifact that can keep the Earth humming along, but they need her to unite them first. Unless the forces against her get there first. A compass, a telescope and untapped magic are her only tools. Will she join forces with an army of gnomes? Can she get the hang of even a simple spell to defend herself? 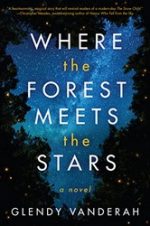 Where the Forest Meets the Stars
by Glendy Vanderah
Rating: 4.6 #ad

In this gorgeously stunning debut, a mysterious child teaches two strangers how to love and trust again.

After the loss of her mother and her own battle with breast cancer, Joanna Teale returns to her graduate research on nesting birds in rural Illinois, determined to prove that her recent hardships have not broken her. She throws herself into her work from dusk to dawn, until her solitary routine is disrupted by the appearance of a mysterious child who shows up at her cabin barefoot and covered in bruises.

The girl calls herself Ursa, and she claims to have been sent from the stars to witness five miracles. With concerns about the child’s home situation, Jo reluctantly agrees to let her stay—just until she learns more about Ursa’s past. 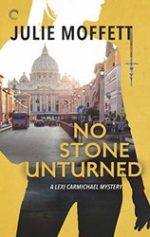 Geek girl Lexi Carmichael thought getting engaged would mean calmer days ahead. But when Slash’s past brings up more questions than answers, she’s not going to let anything–or anyone–drive them apart.

Getting engaged is supposed to be a fun, exciting time in a girl’s life. But things are never that easy for Slash and me. Instead, someone is threatening to expose Slash’s past–a past so secret, even I know very little about it.

Before I can get used the weight of Nonna’s antique ring on my finger, he’s on his way to Rome…and we’re farther apart than we’ve ever been. Still, I have no intention of sitting at home and letting him take on the Vatican by himself.

Check out:
(A Lexi Carmichael Mysteries) 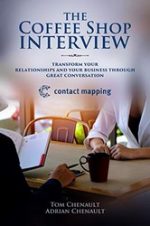 Transform Your Business Relationships Through Great Conversation. Learn how to build authentic relationships by finding out as much as you can about the other person in a way that leaves them understood and affirmed. Sounds simple, right? With practice it is easy, but the energy and approach you bring to the conversation are essential.

Learn The Six Principles of Putting Genuine Emphasis On Others. In The Coffee Shop Interview, we discuss how to create a safe space for your conversation, how to prepare, how to set the right tone. After the interview, you’ll be able to determine if what you’re offering is a perfect fit for them.