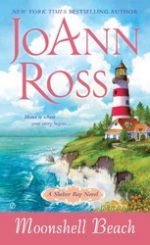 J.T. Douchett has returned home to shut out the world and escape the memories that haunt him from his final mission as a Marine. When he reluctantly agrees to provide security for a town event, the last thing he expects is to experience unbidden feelings for Irish movie star Mary Joyce. Mary has surprised everyone—including herself—by accepting an invitation to a film festival in Shelter Bay. The Oregon coastal town immediately charms her, and an even larger surprise is encountering the stoic man who could be everything she’s dreamed of. 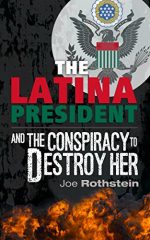 She’s elected President of the United States pledged to lead a popular revolt against the corruption and greed of financial moguls and their lackeys in Congress. A conspiracy of the rich and powerful is determined to stop her before she succeeds. The result: impeachment, murder, assassination. “An unusually deep plot for a political thriller…An enthralling protagonist at the heart of a gripping tale of White House intrigue,” says Kirkus Reviews. This thriller skims the surface between fiction and reality, told by an author who spent decades immersed in the tense and turbulent world of high stakes politics. 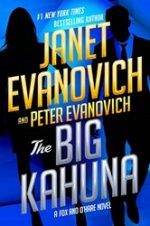 Straight arrow FBI Agent Kate O’Hare always plays by the rules. Charming Con Man Nicholas Fox makes them up as he goes along. She thinks he’s nothing but a scoundrel. He thinks she just needs to lighten up. They’re working together to tackle the out-of-bounds cases ordinary FBI agents can’t touch. And, their relationship? Well, there hasn’t been so much explosive chemistry since Nitro was introduced to Glycerin.

Next on the docket: The mysterious disappearance of the Silicon Valley billionaire, known as the Big Kahuna. Kate’s been assigned to find him but no one seems particularly keen on helping.

Check out:
(Fox and O’Hare Mysteries) 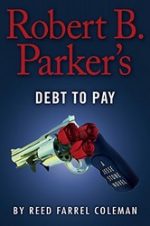 All is quiet in Paradise, except for a spate of innocuous vandalism. Good thing, too, because Jesse Stone is preoccupied with the women in his life, both past and present. As his ex-wife Jenn is about to marry a Dallas real-estate tycoon, Jesse isn’t too sure his relationship with former FBI agent Diana Evans is built to last. But those concerns get put on the back burner when a major Boston crime boss is brutally murdered. Despite all evidence to the contrary, Jesse suspects it’s the work of Mr. Peepers, a psychotic assassin who has caused trouble for Jesse in the past.

Check out:
(A Jesse Stone Mysteries) 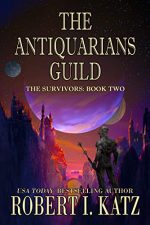 The Antiquarians Guild
by Robert I. Katz
Rating: 5.0 #ad

Twenty years ago, Terence Allen left his father’s home in the city of the Viceroy, and under the assumed name of Blake Pierce, has gained both fame and fortune, first as a wandering ronin, then as a mercenary commander.

Since the king’s death, ten long years before, the nation of Venecia has fallen into chaos, as the smaller city-states strive to maintain independence and the stronger states try to conquer all the rest.

Blake Pierce’s company, Pierce’s Marauders, has entered into a contract to provide security for the city-state of Taverno, which is beset by numerous enemies, the most serious of which is Benedetto Corsi, the Duke of Siena. But Blake is facing other challenges, some that he knows about, others that he merely suspects.

Check out:
(The Towering Flame) 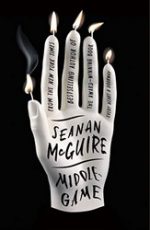 Meet Roger. Skilled with words, languages come easily to him. He instinctively understands how the world works through the power of story.

Meet Dodger, his twin. Numbers are her world, her obsession, her everything. All she understands, she does so through the power of math. Roger and Dodger aren’t exactly human, though they don’t realise it. They aren’t exactly gods, either. Not entirely. Not yet. 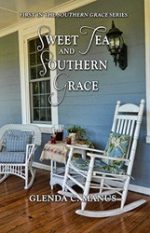 Park Place, South Carolina is an idyllic, sleepy little town inhabited by folks dripping with Southern charm and hospitality. Rocking on front porches, drinking sweet iced tea out of heirloom glasses while indulging in a little innocent gossip is a way of life in this Southern town. Reverend Rock Clark is the middle-aged pastor of the Presbyterian Church in town and has made peace with the fact that he is “unlucky in love” and will always be a bachelor. He’s become quite comfortably settled in his life, but suddenly a serious car accident involving a mysterious young woman and her daughter throws him into the role of detective.

Absence makes the heart grow fonder, and her absence has left him confused and baffled at how much he misses her. Will he once again let love slip through his fingers? 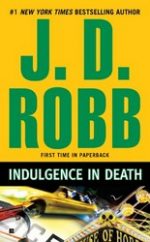 When a murder disrupts the Irish vacation she is taking with her husband, Roarke, Eve realizes that no place is safe – not an Irish wood or the streets of the manic city she calls home. But nothing prepares her for what she discovers upon her return to the cop shop in New York…

A limo driver is shot through the neck with a crossbow. Then a high-priced escort is found stabbed through the heart with a bayonet. Eve begins to fear that she has come across that most dangerous of criminal, a thrill-killer, but one with a taste for the finer things in life – and death. 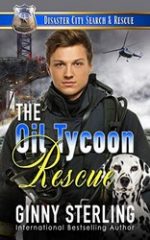 New release from Ginny Sterling. Claudia Jenkins wasn’t about to let anyone tell her what to do! When fire threatens the safety of her team, she knows the right thing is to evacuate the oil platform until a gorgeous rescuer tries to bully her. This is her rig, her money, and her dominion – so who does Tobin Randall think he is by telling her to abandon it?

Tobin has never met anyone so stubborn in his life! The enchanting blonde with a smear of oil on her cheek is adorable in her hardhat; but when she opens that beautiful mouth, it’s like arguing with any of the ‘boys’. She’s tough, smart, and irritating – until he sweeps her up into his arms.

When temperatures flare, can Claudia get past her initial reactions to Tobin? He has no intention of leaving her emotionally and financially compromised once he sets his sights on the Roughneck woman who sets fire to his heart. 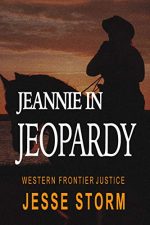 A woman persecuted by her own people. A man living away from home. There is justice between them to be upheld.

Ben Shelton has been working as a ranch hand for years, but his desire to be independent pushes him to travel across the country, until he sees a bounty offer and decides to go after the ‘outlaw’ – Jeannie O’Pelt.

The feisty and opinionated Jeannie is the only one in town brave enough to stand up against Lewis Cosely and his gang, who wants control over women, alcohol and money. When Cosely fails to take over Jeannie’s ranch and get rid of her, he frames her for a murder she did not commit and puts a bounty on her head, forcing Jeannie to flee her own town.