Nestled in the Blue Ridge Mountains of North Carolina, Summit Lake seems too pristine for violent crime. But two weeks ago, law student Becca Eckersley was murdered in one of its quaint lakefront houses. The daughter of a powerful attorney, Becca was ambitious, hard-working, and beloved. And, while the town reels with grief, the police are without a suspect.

To investigative reporter Kelsey Castle, the savagery of the crime, and the determined efforts to keep the case quiet, all hint at something far more sinister than a random attack. 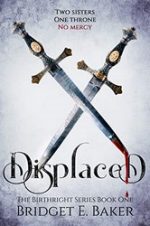 My mom should have killed me the day I was born. Being a twin complicates the Evian line of succession, but Chancery Alamecha is fine letting Judica inherit the throne. After all, she’s the stronger sister—the merciless fighter, the ruthless politician, and the groomed heir. But something unexpected happens when Chancery tries on her mother’s staridium ring, forcing her into a role that she never wanted: the prophesied queen who will prevent the destruction of Earth.

Now I have to kill my sister. Judica, enraged by this turn of events, vows to do anything to reclaim her rightful place as empress. Including challenging Chancery to a battle to the death. While Chancery is away training, she gets a taste of the human world, where she can do whatever she wants without family obligations. Now torn between a life she was born into and one that makes her happy, she must confront her treacherous sister—or cause the end of the world.

Check out:
(The Birthright Series) 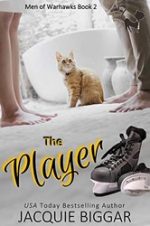 A delightful mixture of women’s fiction, suspense, romantic comedy, and mystery, The Player has something for every reader.

“This is an extremely well written story….and, it features a hockey player, Roy Donaldson and his problem off the ice rink. His ex is stalking him and the plot thickens. Love the strong female character as well as the venue of the hockey skater.. Most interesting story. Will definitely read more by this author. Most highly recommended.” by Amazon Customer

Before It’s Too Late
by Sara Driscoll
Rating: 4.6 #ad

As a serial killer plays games with the FBI, a special agent and her K-9 partner refuse to follow the rules in this Washington, D.C., thriller.

Somewhere in the Washington, D.C. area, a woman lies helpless in a box – barely breathing and buried alive. In Quantico, the FBI receives a coded message from the woman’s abductor. He wants to play a game: decipher the clues, save the girl. But when FBI cryptanalysts crack the code, Special Agent Meg Jennings and her K-9 partner, Hawk, are too late. An innocent life is lost…and the killer’s game is far from over. 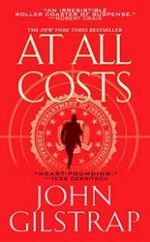 At All Costs
by John Gilstrap
Rating: 4.5 #ad

The Brightons are just an ordinary, small-town, law-abiding family. Until somebody else’s mistake uncovers the truth–Jake and Carolyn Brighton are the FBI’s two most wanted fugitives. Jake and Carolyn have lived a lie for fourteen years to protect themselves.

But now they have to protect their thirteen-year-old son, Travis. Their only chance is to return to the hellish scene of an unprecedented crime, and collect the evidence that may finally set them free–if they can elude a massive manhunt long enough to get there. 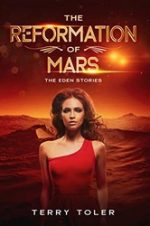 THE REFORMATION OF MARS
by Terry Toler
Rating: 4.5 #ad

The Universal Church of the Red Planet controls all the religious and political institutions on Mars. Bibles are banned and the people oppressed by religious remissions imposed on them by the church. The biblical account of the Garden of Eden has been changed so that the official teaching of the church is that Eve ate the apple, but Adam never did. That is used to justify the oppression and persecution of women, by men and the church.

A young girl, Abbey, discovers a copy of an original scribed manuscript of the Bible with the accurate account of the Eden story and sets out to reveal what she has learned to the masses by posting a thesis with copies of the original account on the Vandenberg Church doors under the name Martian Luther…

Check out:
(The Eden Stories) 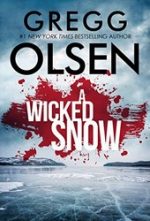 Hannah Griffin was a girl when tragedy struck. She still remembers the flames reflected against the newly fallen snow and the bodies the police dug up – one of them her mother’s. The killer was never found…

Twenty years later Hannah is a talented CSI investigating a case of child abuse when the past comes hurtling back. A killer with unfinished business is on the hunt. And an anonymous message turns Hannah’s blood cold.. 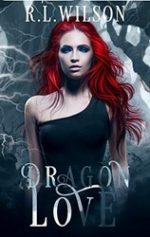 I rescued her. In return, she captured my heart.

Winter. I’m the north side’s best potion dealer. Everyone in Chicago knows. What I’m not is a thief, but when a handsome dragon rescues me from a thirsty vampire’s clutches, what I want most is the one thing I can’t have. But I won’t let that stop me because our chemistry is enough to make my head spin and my heart swell.

Kyle. I like to think I’m a good guy. Rescuing a beautiful stranger proves my theory and more, but there’s a problem. A relationship is the last thing I want or need, but the sexy witch with the come-hither eyes put a spell on me. Dragon Rules be damned. I have to have this witch.

Check out:
(The Omen Club Mysteries) 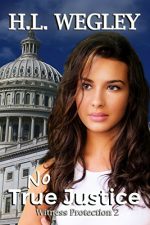 They forced her into witness protection, not to protect her, but to shut her up.

After testifying in a high-profile case, Gemma Saint, a young intern at an influential media outlet, is forced into WITSEC by corrupt DOJ officials to silence her. When Gemma’s testimony at a retrial threatens their elaborate conspiracy to control the upcoming presidential election. Gemma learns from her WITSEC Inspector her identity was compromised and someone in the DOJ has sent a team to kill her. After her Inspector is shot, Gemma sees only one chance to survive and resume her old life—expose the conspiracy, completely. 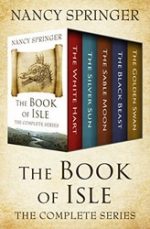 The Book of Isle: The Complete Series
by Nancy Springer
Rating: 4.4 #ad

Now in one volume, the entire epic series set in an ancient island sanctuary of gods and magic – from “the finest fantasy writer of this or any decade” (Marion Zimmer Bradley). 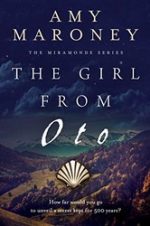 The Girl from Oto
by Amy Maroney
Rating: 4.6 #ad

1500: Born during a time wracked by war and plague, Renaissance-era artist Mira grows up in a Pyrenees convent believing she is an orphan. When tragedy strikes, Mira learns the devastating truth about her own origins. But does she have the strength to face those who would destroy her?

2015: Centuries later, art scholar Zari unearths traces of a mysterious young woman named Mira in two 16th-century portraits. Obsessed, Zari tracks Mira through the great cities of Europe to the pilgrim’s route of Camino de Santiago—and is stunned by what she finds. Will her discovery be enough to bring Mira’s story to life?

Check out:
(The Miramonde Series) 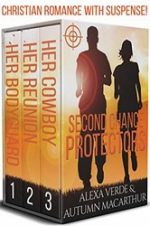 Love, faith, and danger. Three strong men. Three determined women. Forced to work together to unmask the killers threatening them, can these unlikely couples also find love? They’ll risk their lives to protect a woman in danger. But given a second chance at love, will they risk their wounded hearts?

“Creative, gripping and enthralling!! Definitely recommend this series for anyone who enjoys wholesome, suspenseful and exciting love stories! Great combination in the series to capture your interest!” by Amazon Customer