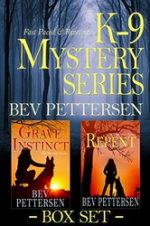 GRAVE INSTINCT (Book 1) Belated justice can be most satisfying. For almost ten years, Nikki Drake struggled to deal with her sister’s mysterious disappearance. When another teen vanishes from the same riding stable, the details are too eerily similar to ignore, and she vows to uncover the truth…

REPENT (Book 2) Sometimes the isolated countryside isn’t as peaceful as it first appears… Local police aren’t very concerned when fourteen-year-old Billy Tanner doesn’t show up for his community service at their stable. Tossing a firebomb at a police horse isn’t something they can easily forgive…

It’s 1949. When war veteran Aloysius Archer is released from Carderock Prison, he is sent to Poca City on parole with a short list of do’s and a much longer list of don’ts: do report regularly to his parole officer, don’t go to bars, certainly don’t drink alcohol, do get a job — and don’t ever associate with loose women.

The small town quickly proves more complicated and dangerous than Archer’s years serving in the war or his time in jail. Within a single night, his search for gainful employment — and a stiff drink — leads him to a local bar, where he is hired for what seems like a simple job: to collect a debt owed to a powerful local businessman, Hank Pittleman. 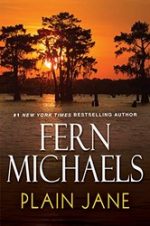 Back in college, Jane Lewis would have given anything to be like homecoming queen Connie Bryan. Instead, she was just Plain Jane—a painfully shy wallflower no one would remember. Today, lovely and confident Dr. Jane Lewis has a thriving therapy practice, her own radio talk show, a beautiful old Louisiana mansion, and her affectionate, goofy dog, Olive, to keep her company. The only thing missing is someone to share her life.

Jane has never forgotten Michael Sorenson, the boy she’d admired from afar in college. Now he’s inspiring her to hope for a future together. 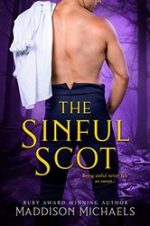 Constance Campbell, the Duchess of Kilmaine, once believed that all she needed in life was a duke. But everything unraveled when she realized her perfect husband was a perfect monster. Now broken beyond repair, she hides her misery behind a perfect Society mask…even from her childhood friend, Alec.

Dr. Alec McGuiness reluctantly finds himself back in Scotland, and checking up on the only woman to ever get under his skin, Connie. After she spurned him many years ago, he knows his humble life as a doctor could never be enough for her. 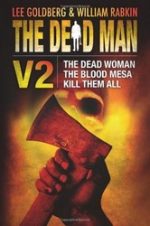 Three stories of unspeakable malevolence make up The Dead Man Volume 2, an action adventure collection full of dark humor and surprising twists that follow the life of Matthew Cahill in his running battle with the supernaturally evil Mr. Dark.

A serial killer is stalking Crawford, Tennessee, and Matt is determined to stop the killing in The Dead Woman. But when his new love interest turns out to have his ability to spot evil, and Mr. Dark puts his fingerprints on the town’s terror, Matt is going to need help…

Check out:
(The Dead Man Mysteries) 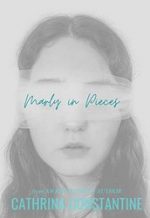 Marly refuses to believe her friend, Rae, committed suicide. Even though her wrists were slit, Marly knows her beautiful, vibrant bestie would never do that. Even though the two had drifted apart, Marly and Rae made a blood promise long ago. Even in death, Marly intends to honor that vow.

Determined to find Rae’s killer, Marly faces a long list of potential suspects. It seems everyone has secrets or lies that they are covering up… including the boy she loves. Can Marly uncover the murderer’s identity before she becomes the next victim?

Master Sergeant Reed Beckham has led his Delta Force Team, codenamed Ghost, through every kind of hell imaginable and never lost a man. When a top secret Medical Corps research facility goes dark, Team Ghost is called in to face their deadliest enemy yet–a variant strain of Ebola that turns men into monsters.

After barely escaping with his life, Beckham returns to Fort Bragg in the midst of a new type of war. As cities fall, Team Ghost is ordered to keep CDC virologist Dr. Kate Lovato alive long enough to find a cure. What she uncovers will change everything.

Check out:
(The Extinction Cycle Mysteries) 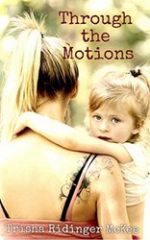 Through the Motions
by Trisha Ridinger McKee
Rating: 4.5 #ad

Josie survived a dark childhood by making one promise to herself: once she was an adult, she would allow no one to hurt her again. That promise became even more important when she had a daughter of her own. Four-year-old Katie is her world, and as a brilliant, hyper child, she takes all her energy. But when she meets Calvin, a charming man with a wild past, Josie must fight even harder to keep that promise.