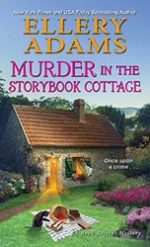 Murder in the Storybook Cottage
by Ellery Adams
Rating: 4.7 #ad

Storyton Hall, Virginia, is a top travel destination for book lovers and the perfect spot for literary events. But as a children’s book publisher hosts a gathering there, some folks aren’t going to live—happier ever after or otherwise . . .

Jane Steward’s resort is hopping—not only is Peppermint Press’s conference in full swing, there are also lots of families staying on the premises, bringing their kids to events like a scavenger hunt through the Fairy Tale Forest.

Check out:
(A Book Retreat Mysteries) 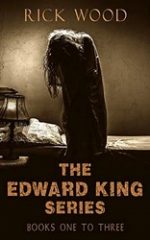 Eddie is perfectly content being a lazy slob. He doesn’t really care whether he lives or dies, so what does it matter? That all changes, however, when a near-death experience forces him to confront something from the other side – something desperately evil – and it takes everything he has to ensure he isn’t dragged to hell with it…

As a child, Eddie witnessed the death of his little sister – a tragic event that destroyed his family and left him on a descent into despair. As an adult, he has no job, lives on his best friend’s sofa, and doesn’t particularly care that he is the loser his best friend tells him he is. 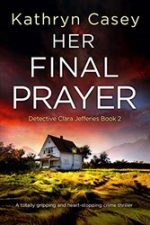 When Detective Clara Jefferies is called to a ranch just outside of Alber, Utah, she’s sickened to find two innocent young children murdered alongside their mothers. Their father, Jacob Johansson, has been rushed to hospital where he fights for his life. Blissfully unaware, his two-month-old son Jeremy has been left untouched in his crib.

In the eyes of the community Jacob is the perfect, devout husband, seemingly living a peaceful, happy life. But Clara is certain that the crime is personal: one of Jacob’s wives was killed differently, her lips painted after she died. Soon, Clara discovers photos of her in Jacob’s best friend’s trailer, and her flower necklace underneath the bed. 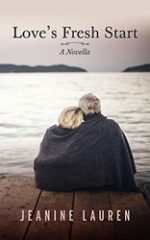 A heartwarming story of second chances and new beginnings

A broken-hearted widow, a man discouraged by love, and the abandoned cat that brings them together.

Alone since her husband died, with only the company of online friends and long-distance phone calls, Sylvia yearns to rediscover life’s joys. Convinced exercise will help, she reluctantly ventures out to the local park. There in the shrubbery, she discovers Angel, a skinny feral cat that needs someone to care. 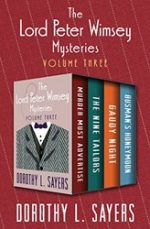 No mystery can stump the British aristocrat and sleuth—in these four novels in the beloved series from “one of the greatest mystery story writers” (Los Angeles Times).

A gentleman needs hobbies. For Lord Peter Wimsey—a Great War veteran with a touch of shell shock—collecting rare books, sampling fine wines, and catching criminals are all most pleasant diversions. In these Golden Age whodunits, “Lord Peter can hardly be spared from the ranks of the great detectives of the printed page” (The New York Times). 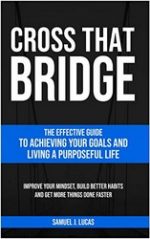 Do you sometimes envy high-achievers? Have you ever wondered what they did to attain that level of success? What if I tell you that you could also become successful and achieving your goals fasters than you’ve imagined? What would be your reaction if you get an effective template that will lead you to achieve your goals? Awesome! Right?

It is for these specific reasons that Cross That Bridge was written! This book offers you an effective approach and a series of best practices, methodologies, tips, and recommendations that will push and inspire you to achieve your desired goals, as it draws inspiration from the habits and lifestyle of successful people. 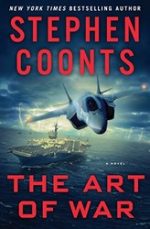 The Art of War
by Stephen Coonts
Rating: 4.6 #ad

The Chinese dragon is flexing its muscles. As its military begins to prey on neighbors in the South China Sea, attacking fishing vessels and scheming to seize natural resources, America goes on high alert. But a far more ominous danger lurks closer to home: A nuclear weapon has been planted in the harbor at Norfolk, Virginia—site of the biggest naval base on the planet. The target: a secret rendezvous of the Atlantic Fleet aircraft carriers and their battle groups. When the CIA director is assassinated and Jake Grafton is appointed to take his place, Jake gets wind of the conspiracy but has no idea when or where the attack will occur.