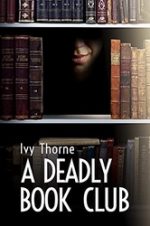 When Celeste inherits her grandmother’s bookstore, she decides to start fresh in Bristol, after discovering that her boyfriend is cheating on her. While dealing with feelings of loss from her grandmother’s death and from her failed relationship, she also needs to find the strength to move on. Joining Bristol’s dedicated book club seems like the perfect way to meet new people and escape her thoughts for a while.

Little does she expect that the seemingly innocent book club that is about to celebrate its fiftieth anniversary will bring chaos in her life. For this special occasion, the town hosts a party at the local library where a renowned author is scheduled to do a book signing, and everyone is thrilled to see their favorite writer. Unfortunately for them, they’ll never get a chance to meet him… alive. 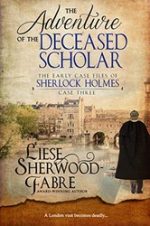 The Adventure of the Deceased Scholar
by Liese Sherwood-Fabre
Rating: 4.3 #ad

Award-winning author and recognized Sherlockian scholar Liese Sherwood-Fabre’s third novel in “The Early Case Files of Sherlock Holmes” follows the young detective to London for the spring holiday. This CIBA first-place mystery and mayhem winner has been described by bestselling author Gemma Halliday as “a classic in the making” and Kirkus Reviews as “a multifaceted and convincing addition to Sherlock-ian lore.”

A tragedy during the 1868 Oxford-Cambridge Boat race puts Mycroft Holmes’ reputation on the line.

When Mycroft Holmes identifies a drowning victim, he is drawn into a situation that could destroy not only Lord Surminster’s name, but his own reputation as well. If ruled a suicide, the lord’s assets will be returned to the Crown, leaving his mother and siblings destitute.

Check out:
(The Early Case Files of Sherlock Holmes Mysteries) 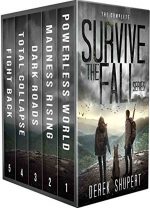 A single Coronal Mass Ejection… …was all it took to bring down the grid. The world will never be the same.

Russell Cage would much rather work on his crumbling marriage and life than leave town with his best friend. But the fun weekend planned turns tragic when their plane loses power in the Blue Ridge Mountains. Battered and beaten, Russell emerges from the wreckage alone with no choice but to hike through the mountains and find help.

Teaming up with a prepper, and her faithful dog, Max, Russell battles his way back to his family. But on a road littered with roaming gangs and unscrupulous mobsters, reaching his loved ones in time maybe more than he can bear… 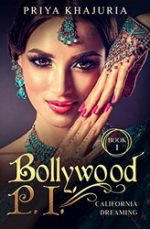 “…An immensely satisfying mystery…”  When an idealistic daydreamer and a little group of misfits stumble upon a bizarre crime operation, they find themselves on the run for their lives.

Hoping to hone her P.I. skills and find out more about her cousin’s disappearance, Jita rushes into a missing person’s case. Armed with a wonky firearm and a dodgy P.I. certification, Jita has to nix her growing attraction to sexy cop Keith Dering so she can stay on target.

But what she uncovers is unimaginable – with far-reaching consequences. Time is running out and there’s no turning back. Only the unexpected can save them. 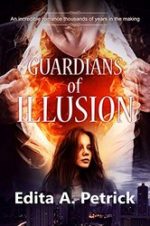 Guardians of Illusion
by Edita A. Petrick
Rating: 3.8 #ad

They have been hiding in plain sight for thousands of years. You just have to see through them…through their avatars.

Some are predatory, others visionary. And then there are those like Niven, who comes from a long line of guardians. But, no matter what the species, no matter how well they managed to survive on Earth, their ranks are dwindling. Many believe their collective racial diversity is on the brink of extinction. And then there are few of those who believe the answer to all their problems lies in the stars—and that’s where they should return, to their respective home worlds.

Check out:
(Prisoners of Illusion: Book 2) 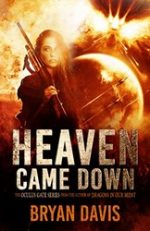 Heavenly messengers, or deadly parasites? In the chaotic aftermath of apocalyptic war, the strange lights in the sky heralding the coming of unearthly beings seemed like an answer to prayer. When the heavenly visitors entered selected people and transformed them into angels who demanded obedience in exchange for the restoration of order, the majority accepted their new rulers.

But Ben Garrison and his siblings, Jack and Trudy, have seen a dark side to these so-called angels. They join a rebel faction with one goal: destroy the invaders and free the world from their tyranny… 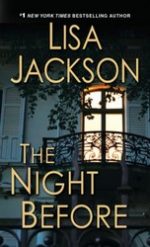 The Night Before
by Lisa Jackson
Rating: 4.4 #ad

A southern woman is tormented by murders she herself might be committing in this psychological thriller by the #1 New York Times bestselling author.

In the dark shadows of a sultry southern town, a serial killer strikes. It’s an act of sinister precision that has happened many times before—because every victim is an offering to a hunger that can never be sated. When Caitlyn Montgomery Bandeaux wakes up covered in blood, she has no memory of the night before. Only later does she learn that her estranged husband was brutally murdered…like so many others she has known. 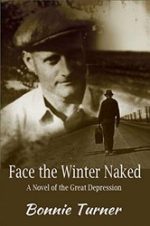 For fans of Steinbeck’s THE GRAPES OF WRATH

Daniel Tomelin, a battle-worn veteran with PTSD—haunted by the carnage of World War 1—deserts his wife and children in the Great Depression and becomes a hobo seeking work and relief from his nightmares.

This page-turning tale of courage is set in a tragic era in which hope was sometimes all they had and parallels today’s economic turmoil and unemployment.

It’s a wife and mother providing for her children under miserable, heartbreaking circumstances, while her husband tramps around the country playing a banjo, searching for answers to the puzzle of Daniel Tomelin, keeping his hillbilly sense of humor, his humanity, his love of God and nature intact, while deep inside feeling ashamed and unworthy of the family he loves with all his heart. 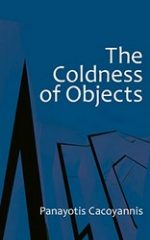 The Coldness of Objects
by Panayotis Cacoyannis
Rating: 4.7 #ad

“a thoroughly gripping novel, using the rhetoric of a real-life pandemic to fashion a chilling vision of an abnormal ‘new-normal’ to come.” Kirkus Reviews (starred review)

London 2030. When a postman knocks on his door, the news he delivers will cause 70-year-old Anthony Pablo Rubens to reflect on all the sadnesses and joys of the past, while he begins to prepare for the surprises of the future.

The past still revolves around the moment in the summer of 1984 when young Anthony first realized he had fallen in love.

The present is a Kafkaesque nightmare worse than Orwell’s 1984, “a hideous world where people don’t need to be watched by Big Brother.” It’s a world that Anthony has mostly shut his eyes to, but which suddenly he is forced to confront.